Finding out which animals do or do not glow under ultraviolet light (UV) has apparently become a pastime for scientists. In early 2020, for example, a research team reported that platypuses glow like blacklight posters. Now, members from that same team say they can also confirm that springhares—large, tunneling rodents native to South Africa—also exhibit biofluorescence under UV light. And make for a funky piece of nightclub art when they do.

Gizmodo reported on the discovery, which participant scientists outlined in a study in Scientific Reports. The team of scientists, led by biologists Erik Olson and Paula Spaeth Anich at Northland College in Wisconsin, say in their study that while scientists have observed other animals glow under UV light, this is the first example of an Old World placental mammal doing so. (Old World, in this context, encompasses Asia, Africa, and Europe.)

“The striking visual patterning and intensity of color shift [under UV light] was unique relative to biofluorescence found in other mammals,” writes the authors in their study. The authors add that the springhare’s biofluorescence appeared in both museum specimens, and captive individuals. And suggests the ability for animals to exhibit biofluorescence may be more “broadly distributed” than previously thought.

The scientists say the springhares’ ability to generate biofluorescence—that is absorb UV light at one wavelength, then emit it at another (which the human eye can see)—comes thanks to their having fluorescent proteins within the cuticles of their hair fibers. Likewise, the other mammals that exhibited biofluorescence also had these proteins in their hair, skin, etc. 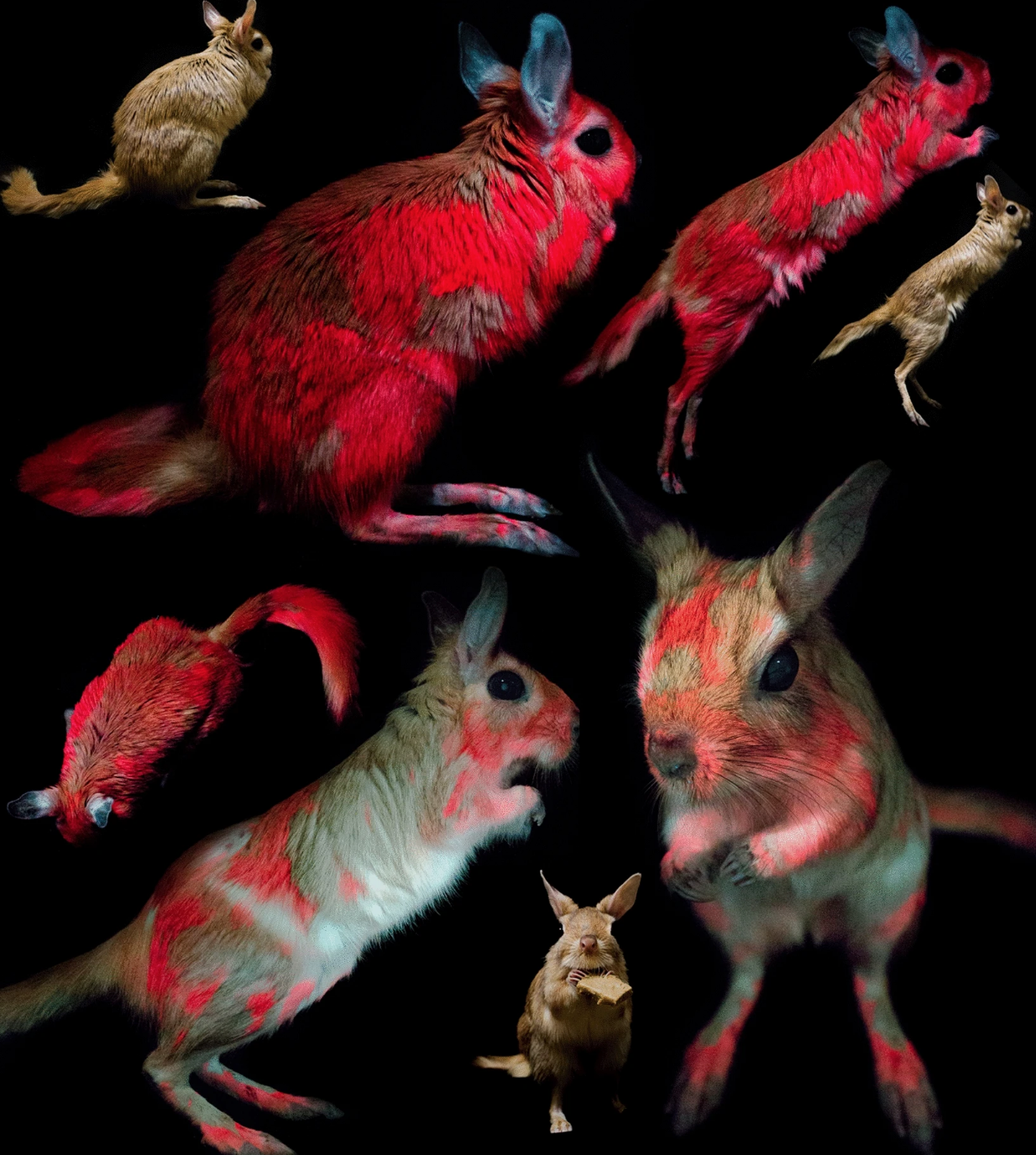 As for why Springhares glow under UV light, however, that’s still unclear. It’s possible there’s some evolutionary benefit to fluorescing—perhaps for covert signaling, or to confuse predators who hunt at night—although it seems there’s little evidence for that. Which could mean that there’s some other reason these springhares, and so many other mammals, glow like blacklight posters. Maybe when people aren’t looking, they all like to party like freshmen?