Beloved animator, director, writer, and storyteller Hayao Miyazaki doesn’t make many video appearances. He’s made a treasure trove of unforgettable films. But unlike some other directors, he’s not constantly giving interviews or promoting them at junkets and the like. So it’s an extra special treat to see him visiting the Ghibli Museum in Mitaka’s Inokashira Park. He stopped by the popular destination and dined at the museum’s newly updated cafe for a taste test. He also takes a moment to draw some cute characters. It’s all very wholesome.

The above video, which we spotted at Sora News 24, shows Miyazaki and former president of Studio Ghibli Toshio Suzuki trying out a number of snacks in at the Straw Hat Cafe. One particularly charming moment happens when he tries the cafe’s cream soda. He comments the beverage is “like a dream.” Awww!

And while Miyazaki was at Ghibli Museum, he exercised a little creativity (via Boing Boing). I mean, he did arrive in his work apron after all. The above video shows him examining the cafe’s sign. Then he sits down to sketch his own version of a marquee and he adds some of very Miyazaki style beings to the paper. They’re instantly recognizable as being Ghibli—the cute, weird, whimsical look that defines many of the studio’s films.

Please be sure to stay until the end of the video to watch Miyazaki show off the embroidery on his apron. And yes, both videos are in Japanese, but you don’t need to understand the language to enjoy Miyazaki’s curiosity and talent. 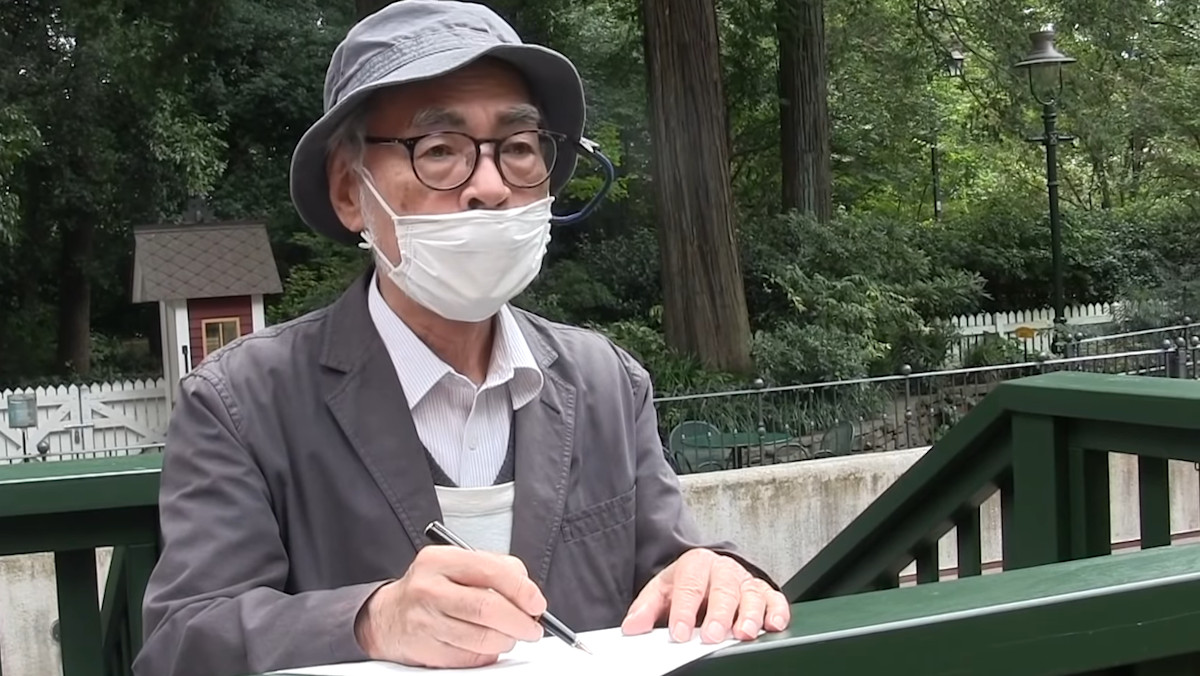 The Ghibli Museum famously does not allow visitors to take photos. These videos stay in the outdoor areas, but earlier in 2020, the museum did take cameras inside for a virtual tour.