I know I’ve been listening to a lot of Three Dog Night this year. I promise it wasn’t on purpose. What started as a little joke in my family has spiraled into a major cornerstone of my musical personality… at least according to Spotify. The audio streaming platform’s now infamous end-of-year Wrapped playlists, which reveal the soundtrack of our previous year, inspires a mix of excitement and dread. (“Did I really listen to “5, 6, 7, 8″ that much?” I ask myself every year as the Steps song graces the upper echelon of my Most Streamed Songs playlist.) And now, as a little mid-year surprise, Spotify has launched yet another feature that’s going to rock our musical worlds. Or, for better or worse, make us feel very, very seen. 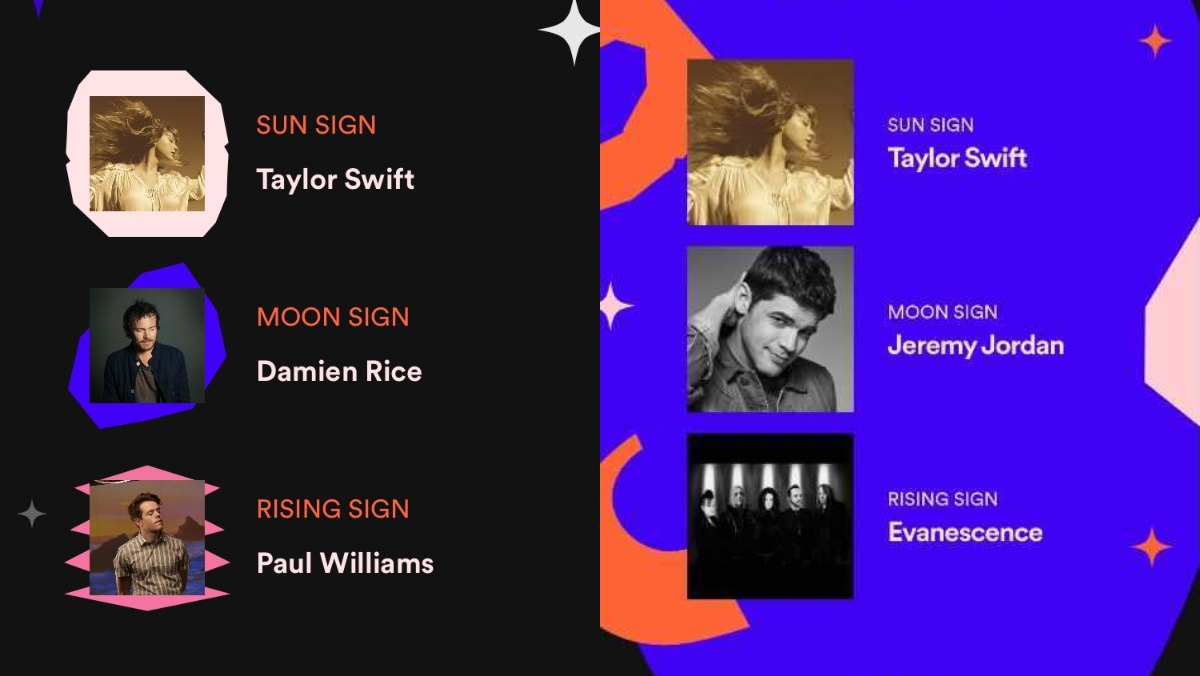 No two people listen to music in the exact same way. Spotify’s  Only You feature explores just that; it looks at what makes each of our musical choices and patterns unique to us, using a trio of methods. The feature, like its end-of-year sibling, is the kind of thing that takes what we already know about our weird, eclectic, or straight-up embarrassing musical choices and calls it out in a pretty big way. But, generally speaking, it is hilarious if not marginally endearing.

First, there’s the Audio Birth Chart, which is a cosmic examination of our listening habits. It’s made up of a sun sign, otherwise known as the artist you listened to most in the last six months; a moon sign, an artist that shows off your emotional or vulnerable side; and a rising sign, which features an artist you recently started listening to. For instance, I am a Taylor Swift sun, a Damien Rice moon, and a Paul Williams rising. I know, it’s been a bit of a moody year. (Although I’m not sure I remember who Paul Williams is; I hope he’s upbeat.)

Then, there’s the Dream Dinner Party, which allows you to choose a trio of musical dinner party guests. Based on the selections, Spotify will create a mix for the artists to find the perfect dinner party mood. I don’t think I made any selections because I was feeling particularly indecisive after being brutally called out by the third feature. Which, reveals a very unique pairing of artists you’ve been listening to recently. For me? Apparently Dua Lipa (a running playlist staple) and yep, Three Dog Night. The cursed—but so, so beloved—”Never Been to Spain” has struck again. 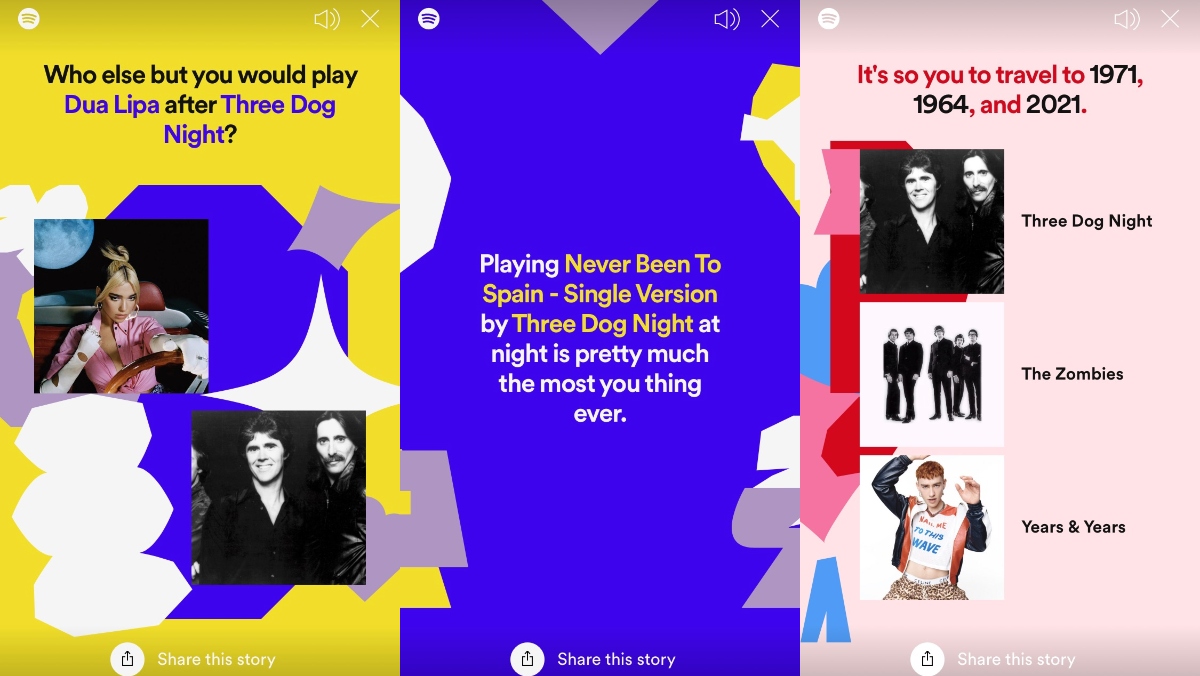 “But,” I plead to Spotify, “I’ve been listening to Olivia Rodrigo’s Sour on repeat, I promise!” But Spotify has spoken—for now, as we’ve several more months before Wrapped season is upon us. God, it’s brutal out here.