All the Famous Voice Cameos in SPIDER-MAN: INTO THE SPIDER-VERSE - Nerdist

All the Famous Voice Cameos in SPIDER-MAN: INTO THE SPIDER-VERSE

If you’ve seenÂ Spider-Man: Into the Spider-Verse already,Â chances are your ears perked up quite a few times in the “Hey, I know that voice!” fashion. The cast is stacked with a ton of famous actors, some you may recognize right away, and others more subtly disguised. With that in mind, here’s a guide to all of the celebrity voices in Spider-Man: Into the Spider-Verse, for your convenience. (But if you haven’t seen the film BEWARE OF MAJOR SPOILERS from this point forward. We’re warning youâ€”it’s worth the surprise!) 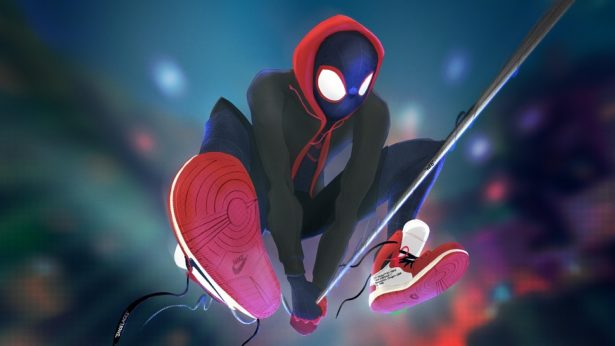 Miles MoralesOur film’s central hero,Â who assumes the role of Spider-Man from Peter Parker, is played by Shameik Moore. Moore is best-known for his role in 2014’s Dope.Gwen StacyGwen Stacy, or Spider-Gwen, the equivalent of Spider-Man in another dimension, is played by Hailee Steinfeld. Steinfeld is the Oscar-nominated star of True Grit andÂ The Edge of Seventeen,Â who will next appear in Bumblebee.Peter ParkerThe film’s older and more-washed-out-than-we’ve-seen-him-before Peter Parker is played by Jake Johnson, who played the lovable, laughable Nick Miller on New GirlÂ and appeared inÂ Jurassic World.Peni ParkerKimiko Glenn plays Peni Parker, another version of Spidey from yet another dimension. Glenn is a Broadway actress who also plays Soso on Orange Is the New Black.Spider-Man NoirSpider-Man Noir, a detective version of Spidey from another dimension, is played by the incomparable Nicolas Cage. We don’t have to explain how you know Nic Cage.Spider-HamSpider-Ham, otherwise known as Peter Porker, an, um, pig version of Spider-Man, is portrayed by stand-up comic,Â former SNLÂ headÂ writer, andÂ Big Mouth co-creator John Mulaney. 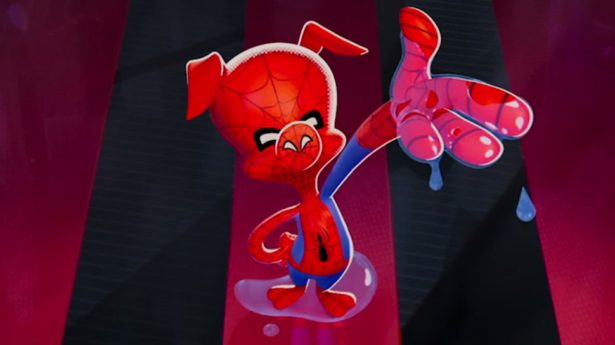 Miles Morales’ familyMiles’ cop dad Jefferson Davis is played by Brian Tyree Henry, whoÂ was recently terrifying in Widows and is consistently charming on Atlanta.Â Meanwhile, his mom Rio Morales is played by Luna Lauren Velez. You’ve probably seen her on Dexter. Finally, Miles’ Uncle Aaronâ€”also the supervillain Prowlerâ€”is none other than Mahershala Ali. Ali recently won an Oscar for his role in Moonlight, and will star on the next season ofÂ True Detective.Aunt MayPeter’s beloved aunt is played by the great Lily Tomlin, a legendary actress who’s starred in films from NashvilleÂ toÂ Grandma, andÂ who currently stars on Grace and Frankie.Mary JaneZoÃ« Kravitz plays Mary Jane, Peter’s former love.Â Kravitz is known for the hit HBO series Big Little Lies, the new filmÂ Fantastic Beasts: The Crimes of Grindelwald, and has appeared onÂ Californication.The villainsLiev Schreiber is Kingpin, the film’s big bad; Kathryn Hahn plays a female version of Doctor Octopus; Lonely Island’s Jorma Taccone is the new Green GoblinPeter Parker… againYeah, there’s another one. Star TrekÂ andÂ Wonder Woman‘sÂ Chris Pine plays a Peter whose deathÂ inspires Miles’ to take up the Spider-Man title.Spider-Man 2099If that weren’t enough Spideys, Poe Dameron himself Oscar Isaac is Miguel O’Hara, or Spider-Man 2099, a beloved Marvel Comics character. Given that post-credits tease, we expect we’ll see much more of him in future Spider-Verse installments. 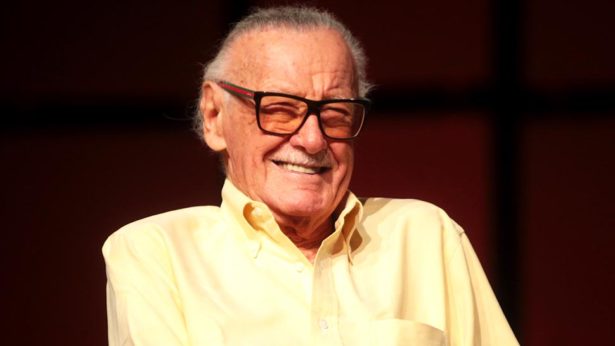 And of course…The legendary comic creator Stan Lee, who recently passed away, turns in a posthumous cameo in Spider-VerseÂ as a costume shop owner who gives Miles his first Spider-Man costume. Lee’s cameo almost didn’t happen, but we’re so glad it did; it’s one of his bestâ€”and most touchingâ€”yet.