Time-Lapse of Spider Making Its Web Is Mesmerizing

Scientists seem to have quite a fascination with spiderwebs. Different experts, for example, have turned spiderweb vibrations into haunting music. Or studied how the spindly arachnids structure their silk threads in space. Now, in a bit of backyard science, TikTok user dinaoren0 has delivered a time-lapse video of a spider making its web. Which, while understandably amateur, is still both enlightening and worthy of a Keanu Reeves-ish whoa!

Laughing Squid picked up on dinaoren0’s web video, which has gone ultra-viral on TikTok. The video above has already earned nearly 60 million views. And it’s easy to see why. Even arachnophobes could find themselves intrigued by the geometric fluidity of this spider’s web design and implementation.

In dinaoren0’s videos above and below, we get a glimpse of how the unidentified spider species builds a spiderweb right outside the TikTok user’s home. It’s unclear where this potentially nascent arachnophile lives, although they do use hebrew in their profiles. Regardless, the spider builds a world-class web; weaving it together like a kindly grandparent who has eight eyes and spinnerets coming out of their behind. 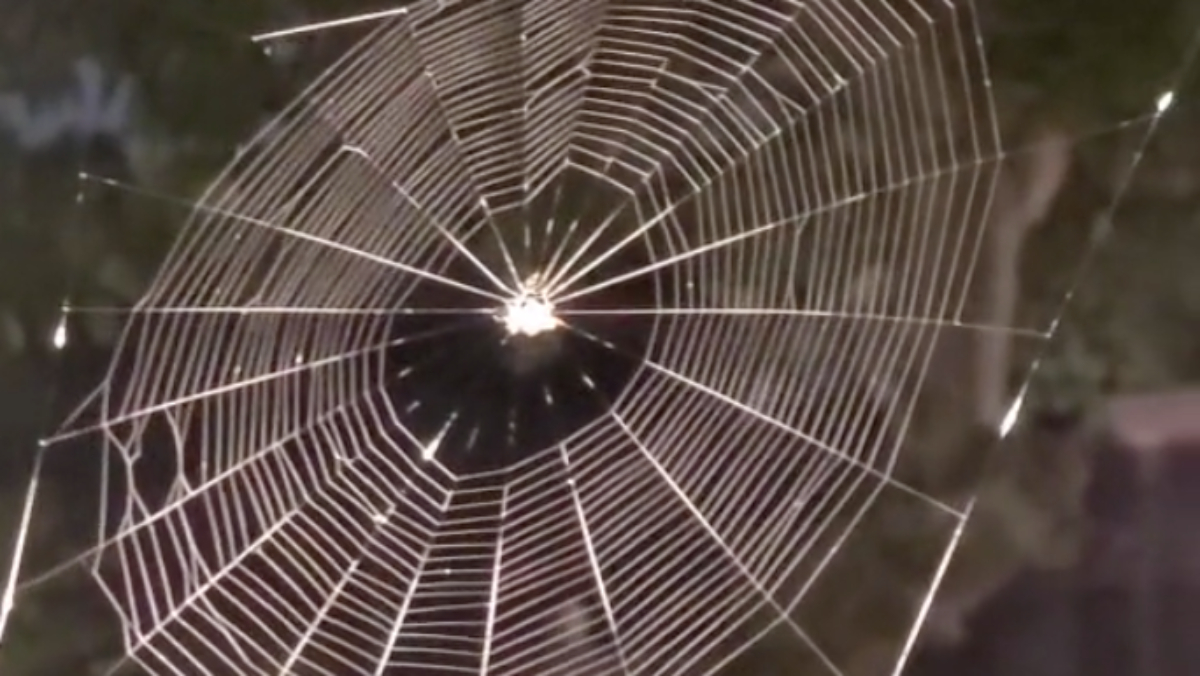 Speaking of which, for those interested in the science, spiderwebs are fascinating. Spiders, for example, generally build their webs asymmetrically, with their centers closer to the ground. (An architectural choice that helps the spiders catch prey.) Spiderweb silk also has better tensile strength than steel. And webs can be stronger or weaker based on how a spider spins them.

In the video immediately above dinaoren0 shows the spider finally “taking down” its web. Indeed, it seems that some spider species do take the time to dismantle their webs. Terminix notes that orb weaver spiders will even build and take apart their webs every single day. A hint to Spider-Man, who plasters New York City on the regular—cough, cough.