This Giant Spider Crab Leaves His Friends to Hug a Camera

Crabs are some of the coolest creatures out there. And spider crabs are even more impressive. Not only do they look strange—in their ridged, salmon-color armor—but they have so many fascinating quirks. Spider crabs travel in groups, blanketing ocean floors and even stacking on top of one another. They also go through mass molting rituals, where they emerge good as new, leaving behind their old shells like a field of bones.

And, it turns out, they’re pretty friendly. Or rather, the spider crab in this video sure is friendly. Watch as it leaves behind its group of wandering crustaceans to investigate an underwater camera. It even appears to embrace the camera with a hug.

The video, which we found thanks to BoingBoing, was originally posted in 2018 by the channel Pink Tank Scuba. (Although it was re-uploaded by Storyful Rights Management this March and is making the rounds again.) In a blog post, the person who runs Pink Tank Scuba explained their fascination with spider crabs.

“I have been completely obsessed with photographing and videoing spider crabs for several years,” they write. “They are absolutely fascinating both one on one and [en masse] as they come into my local waters annually to molt from their old shells into their new ones.” 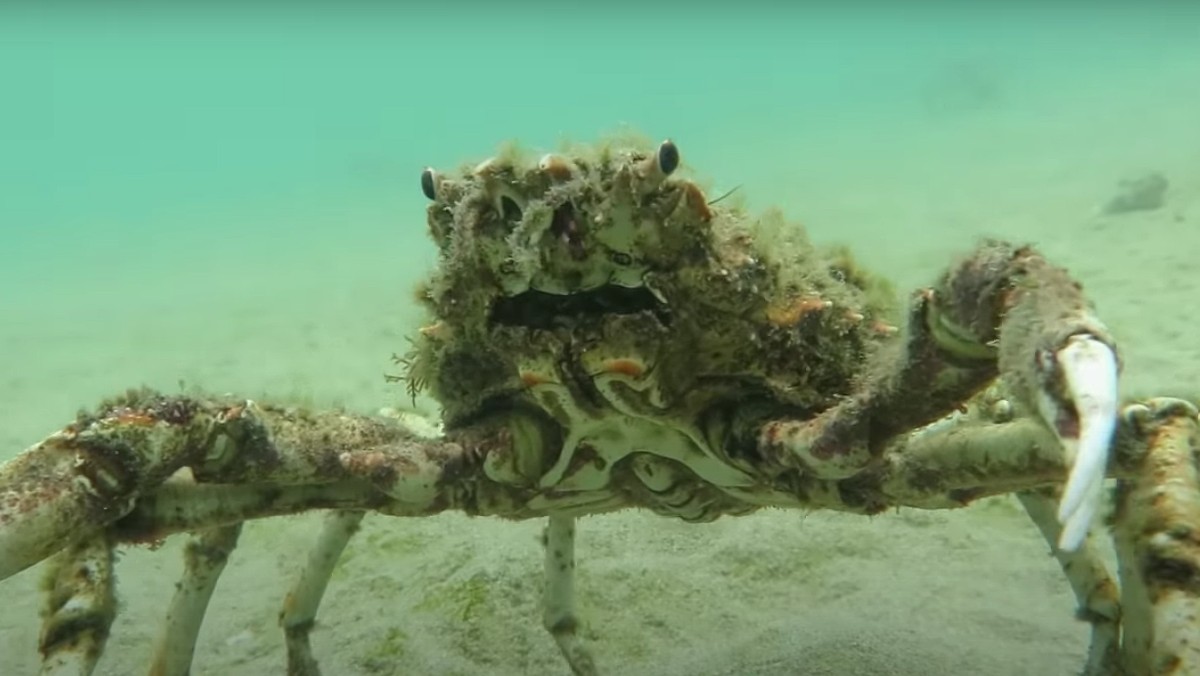 Pink Tank Scuba has dozens of other videos featuring spider crabs. Here’s another one that shows the underwater creatures engaging in some kind of dance that looks like a tango. (The music really sets the mood!)

Here’s another great video that shows a seahorse acting protective over a spider crab. They look like dear friends.

Underwater creatures are so fascinating to watch. They’re full of mystery and unique beauty. And some of them even want a hug every now and then. Who can’t relate?