Despite making animated films for kids, what seems to work gangbusters for Pixar is death. The studio has had tremendous success exploring themes of grief and loss. Up, Coco, and Toy Story 3, which are some of Pixar’s best, have all dealt with questions of mortality and how to move on when someone leaves us. (It’s the entire basis of their newest film, Onward!) But the studio’s next movie, Soul, asks: What is it like to actually die? The first full trailer for the film shows that not everyone is ready to face the afterlife. And others aren’t ready to face life at all.

“Joe Gardner is a middle-school band teacher who gets the chance of a lifetime to play at the best jazz club in town. But one small misstep takes him from the streets of New York City to The Great Before—a fantastical place where new souls get their personalities, quirks and interests before they go to Earth. Determined to return to his life, Joe teams up with a precocious soul, 22, who has never understood the appeal of the human experience. As Joe desperately tries to show 22 what’s great about living, he may just discover the answers to some of life’s most important questions.”

This trailer makes Soul look like a cross between Inside Out, which explored what it means to be a human full of complicated emotions, and Coco, which took place in its own spin on the world of the dead. (Not exactly hard to see how a pitch like, “It’s Inside Out meets Coco starring Jamie Foxx as a jazz musician” got the green light.)

But the movie isn’t solely (nailed it) about being dead, nor are any of the most emotionally crushing Pixar films. The soul of Joe Gardner finds himself leaving the Great Beyond for the Great Before, where souls are prepped for life on Earth. The trailer shows the movie as a celebration of life and why it’s worth living. And it will be told with plenty of humor and heart. The best Pixar movies always are.

And it also is encouraging to see that Joe isn’t actually dead—just in a coma. (That’s still not great, but it’s better than dead, right?) There’s an element of Heaven Can Wait here. Only we expect Joe to get back to the world in his own body and not someone else’s. 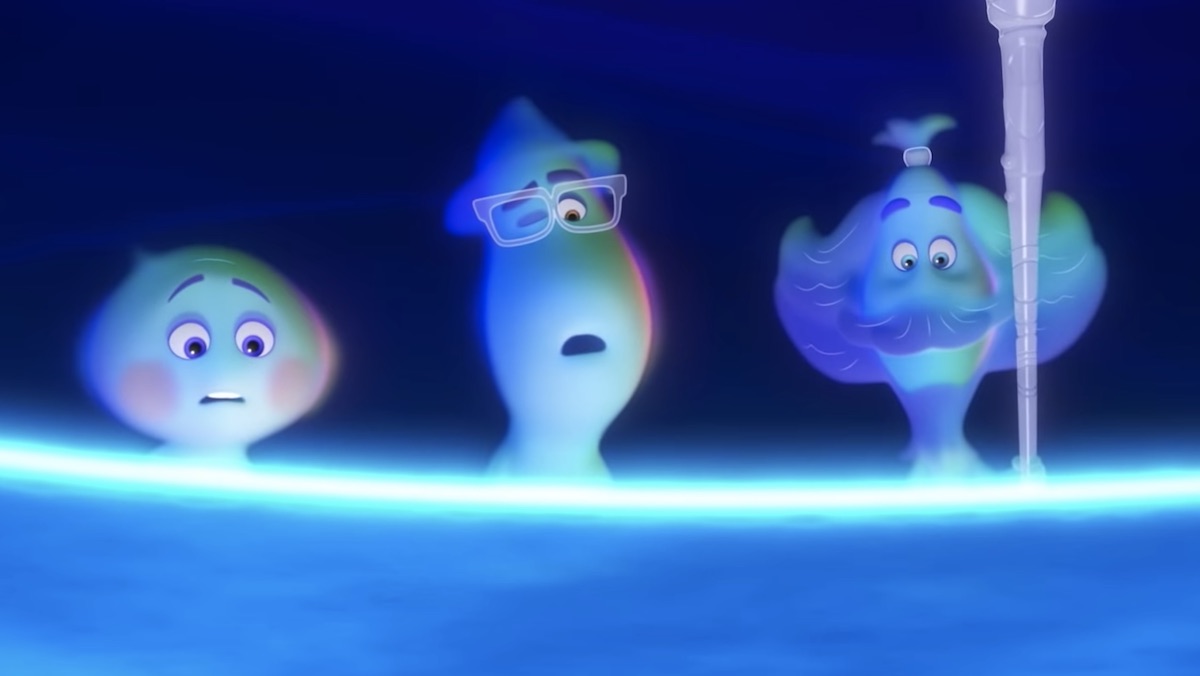 The film also stars Tina Fey as 22, a would-be human soul who doesn’t have any interest in Earth. The cast also includes Phylicia Rashad, Angela Bassett, Ahmir Questlove Thompson, and Daveed Diggs. The film comes from Inside Out and Up director Pete Doctor (so keep your handkerchiefs handy) and Kemp Powers.

Meanwhile, jazz musician Jon Batiste handles original music for the film, while Nine Inch Nails’ Trent Reznor and Atticus Ross “will compose an original score that will drift between the real and soul worlds.” Considering their work on The Social Network and HBO’s Watchmen, we’re dying to hear what they’ve written for Soul. And if we actually did, Pixar would probably make a movie about that. They do really well with death.