Game of Thrones‘ series finale might not have been what many of us wanted, but it gave Sansa stans everything they hoped to see and more. After a long and brutal journey she became queen. Not as the ruler of Westeros, though. She was named Queen in the North, as the kingdom separated from the rest of Westeros under King Bran’s rule. The last time we saw Sophie Turner on the show she was sitting triumphantly as the lords of the North chanted for her ascension. Now the actress can relive her character’s glorious crowning achievement anytime she wants as the prouder owner of Sansa’s wooden throne.

Turner shared an Instagram story (which we first heard about at People) revealing she is now in possession of the chair Sansa Stark sat in during Game of Thrones last moments. She let the world know with a photo of the gorgeous carved chair with the simple message “Welcome Home.” Her husband Joe Jonas also shared the photo in his own Instagram story. He included a gif of his wife along with her own social media calling card, “And that’s the tea.”

This tea would go perfect with lemon cakes. 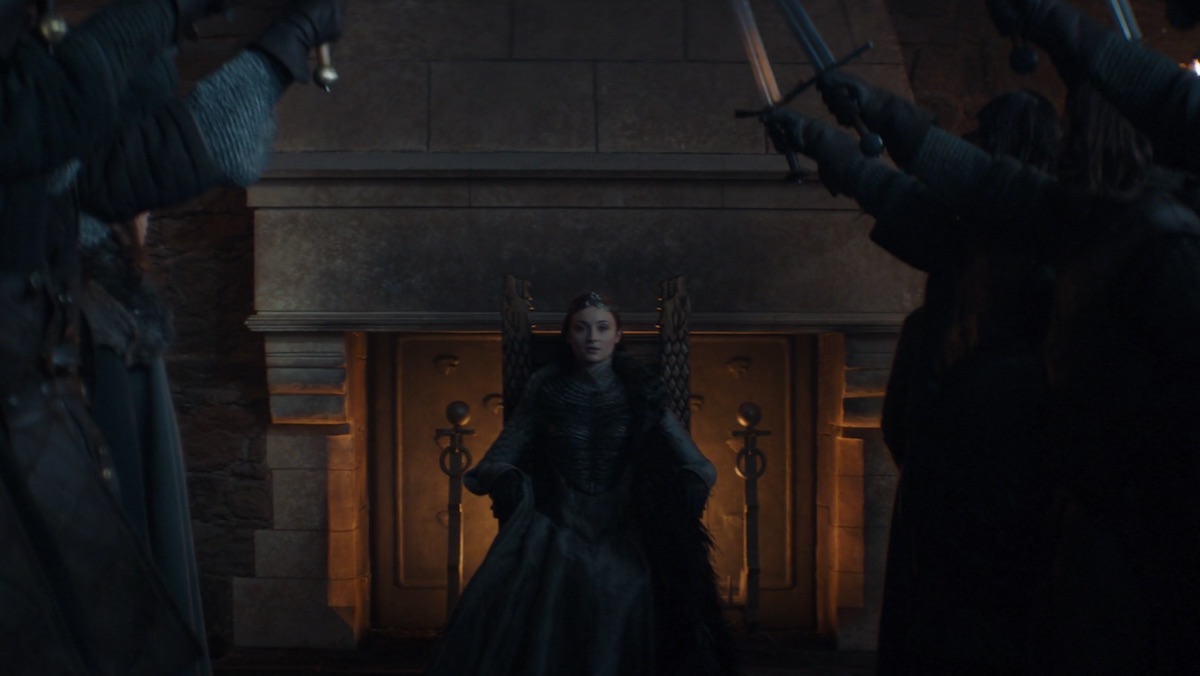 As for the chair, it’s an ideal throne for a Northern monarch. It’s a far cry from the big, dramatic, somewhat garish Iron Throne that was the seat of power in the Seven Kingdoms for 300 years. There’s a simplicity to Sansa’s seat befitting both the Starks and the North. But while it’s practical and understated, it’s still powerful and beautiful. And it’s a great reminder of who sits upon it. The ornate carvings and flawless woodwork show it belongs to a family of great renown.

And the direwolf sigil makes it clear which family that is: House Turner of Game of Thrones.