SONIC THE HEDGEHOG Lives and Dies by Jim Carrey - Nerdist

SONIC THE HEDGEHOG Lives and Dies by Jim Carrey

Even before the disastrous first trailer necessitated a full re-rendering of the title character, the idea of a Sonic the Hedgehog feature film seemed bizarre. While the long-running Sega flagship series has a legion of rabid (and randy) followers, it’s not exactly ripe for live-action filmdom.

In the ’90s, the game spawned two animated series; one tried to be a gritty sci-fi story, while the other was zany to the point of irritation. So what could Paramount possibly do with Sonic for a movie? They smartly cast Jim Carrey as Robotnik, is what they did. Without him, this movie is nothing.

The problem with adapting a video game to the screen is maintaining the pillars of what makes people like the source, while also making it work for people who’ve never played it before. And really, despite colorful characters and frenetic gameplay, what most people know of Sonic the Hedgehog is a little critter runs real fast and grabs rings. Hardly enough to hang a whole movie on. And, largely, they don’t.

Jeff Fowler’s movie finds Sonic (voiced by Ben Schwartz) living in secret on Earth. He has fled his own planet/dimension/CGI animal area because he’s got fast powers and evil badgers want them. He ends up in Green Hills, MT, where strives for a friendship with the sheriff, Tom (James Marsden), and his wife Maddie (Tika Sumpter). After accidentally running too fast, Sonic causes a massive power outage, drawing the attention of the government. Specifically, the shady, angry, and self-aggrandizing genius Dr. Robotnik (Carrey) and his unending army of high-tech drones. 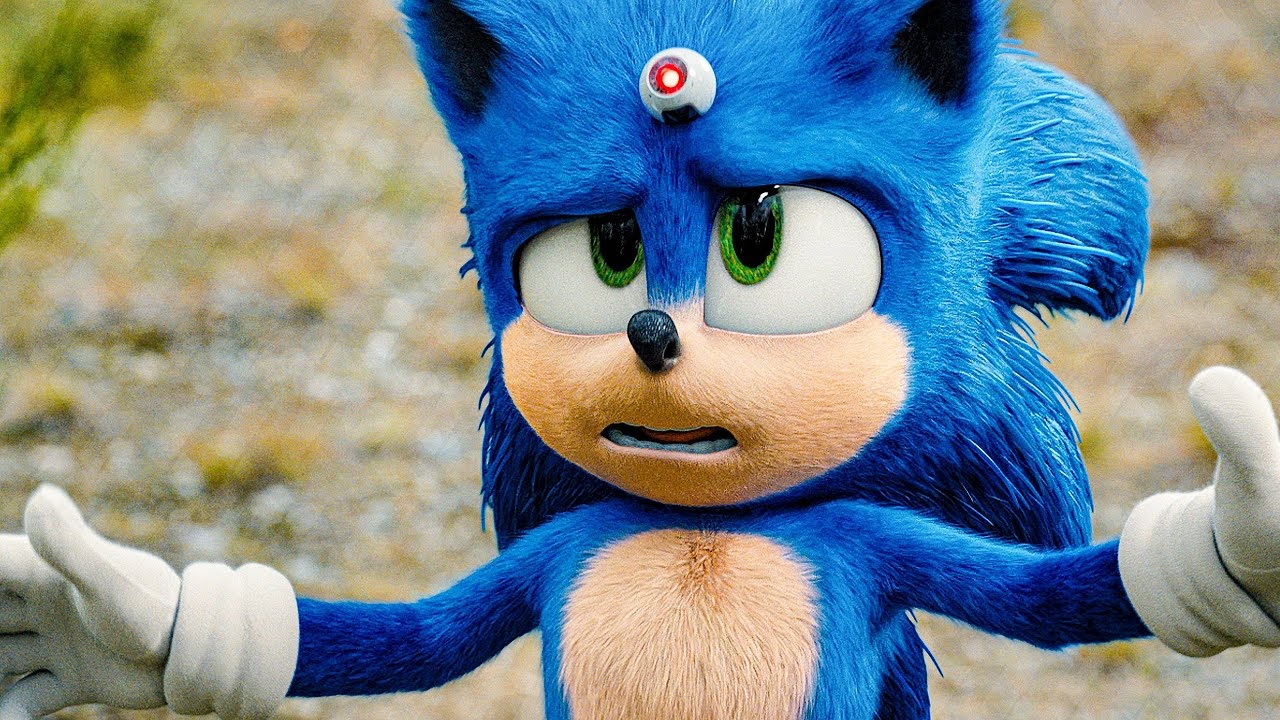 Tom, a basically good guy who longs for big city coppin’, agrees to take Sonic to San Francisco to retrieve the bag of rings he needs to find a new home. It’s not the most enticing of MacGuffins; they have to do a bit of back-bending to explain why Sonic doesn’t just run real fast to San Francisco. The road movie aspect is nothing we haven’t seen before whenever a friendly alien needs to go somewhere and a human has to escort them. The alien is lonely, the human wants excitement. Oh, I hope they become friends and learn a bit about themselves along the way.

It has to be said, Marsden is incredibly likable in this role and surprisingly plays off of a digital blue fur ball very well. There’s a strange subplot where Maddie’s sister (Natasha Rothwell) hates Tom and wants Maddie to leave him. Not really sure why; they’re a very loving and supportive couple. It smacks of an earlier version of the movie where Tom was probably not a nice guy, or more selfish. And this really leads to the movie’s biggest problem. 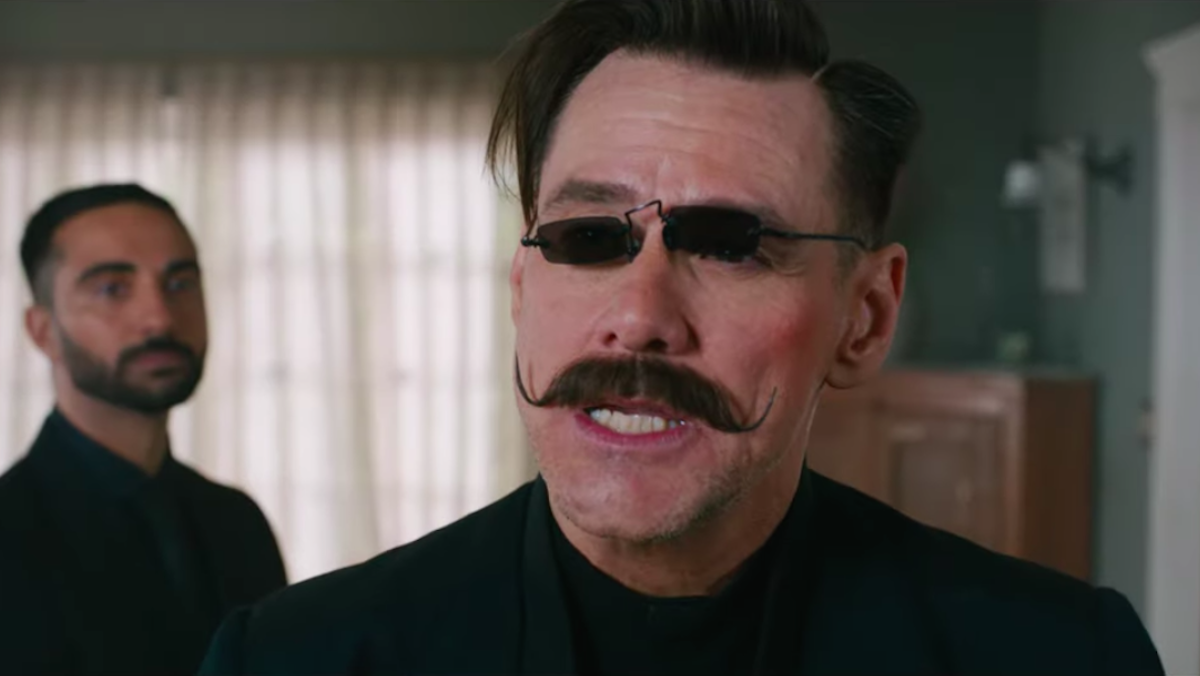 It’s painfully obvious that a lot of this movie was rewritten, re-shot, and reedited. A large portion of Adam Pally’s role as Tom’s deputy sees him alone in a room, talking on a phone. “We need more humor; have Adam say weird stuff” seems to have been the remit. And what’s even more obvious is that when they couldn’t reshoot the scene entirely, they had Schwartz spout some cringey pop culture reference. Hey, they’re redoing the hedgehog anyway; why not make him say funnier stuff? Oh, and Sonic flosses twice. Not his teeth; the dance. And there’s Olive Garden product placement. Also twice.

But (and this is a pretty big “but”) Jim Carrey is giving an all-caps JIM CARREY PERFORMANCE. This is manic Carrey energy we haven’t seen in decades; it reminded me a lot of an angrier, less giggly version of his Riddler from Batman Forever. And I mean that very much in the complimentary. He lends the movie some legitimate humor and a weird amount of gravitas. It might sound strange to say that a movie released in 2020 is at its best when it feels like it’s from the mid-90s, but this is Sonic the Hedgehog we’re talking about. 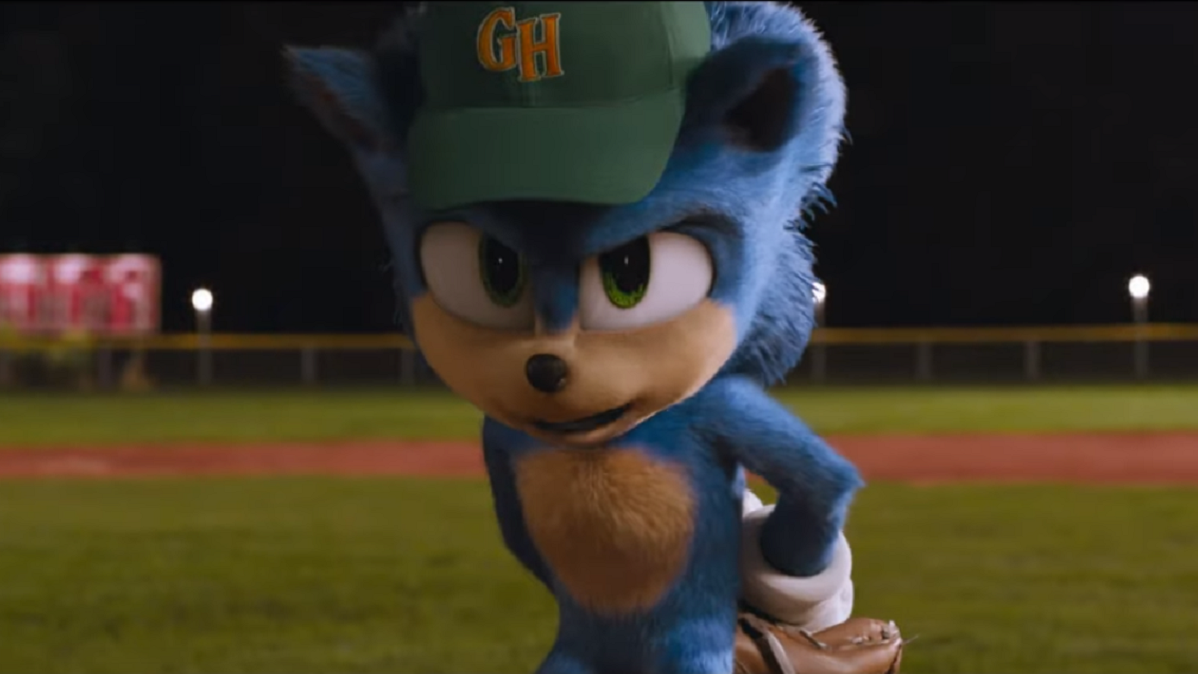 Ultimately, the Sonic the Hedgehog movie isn’t as bad as I expected. Carrey is astonishingly good, and really most of the humans in the movie are enjoyable. But when the movie is about (and called) Sonic the Hedgehog, you’d hope that Sonic himself would be, at the very least, fun to watch. Ben Schwartz is one of the funniest, most likable comedians working today and it’s a felony that they made me wish he’d stop talking forever. Kids might enjoy this, and they’re the target audience, but parents are going to have to go to their own mental Mushroom Zone to not lose their minds.

Kyle Anderson is the Senior Editor for Nerdist. You can find his film and TV reviews here! Follow him on Twitter!