John Krasinksi’s SOME GOOD NEWS Goes to Space and Prom

Schools everywhere are cancelled and large gatherings banned. That means a lot of high school kids are missing out on the chance to go to prom. So John Krasinski, host and creator of the most positive COVID-19-inspired webseries Some Good News, decided to give all students a virtual prom. It featured a far more impressive lineup of musical performers than any real prom ever has. He was joined by his Office co-star Rainn Wilson, Chance the Rapper, the Jonas Brothers, and Billie Eilish. But digital dance party wasn’t the only uplifting report from the week. This week’s installment of the show went beyond the dance floor. It also went beyond Earth, as Some Good News went out of this world with a segment from the International Space Station.

Also, Brad Pitt showed up to do the weather.

In the latest episode of Some Good News John Krasinski celebrated essential workers around the country. They’re the people helping to keep society going. He highlighted the work being done by delivery drivers, grocers, sanitations workers, public servants, and more, including some who are going the extra mile to make others feel better. He also gave a shout out to the U.K.’s Captain Tom Moore, who raised more than 20 million pounds for NHS charities.

Krasinski also featured two fan-made segments of SGN. (We would definitely watch both the LEGO and rap versions every week.) But the best remote segment was really remote. Astronauts aboard the International Space Station, Captain Christopher Cassidy, Dr. Jessica Meir, and Dr. Andrew Morgan, offered a glimpse from life high above Earth. Our little blue marble might be under duress. But our planet still looks beautiful and is worth saving. 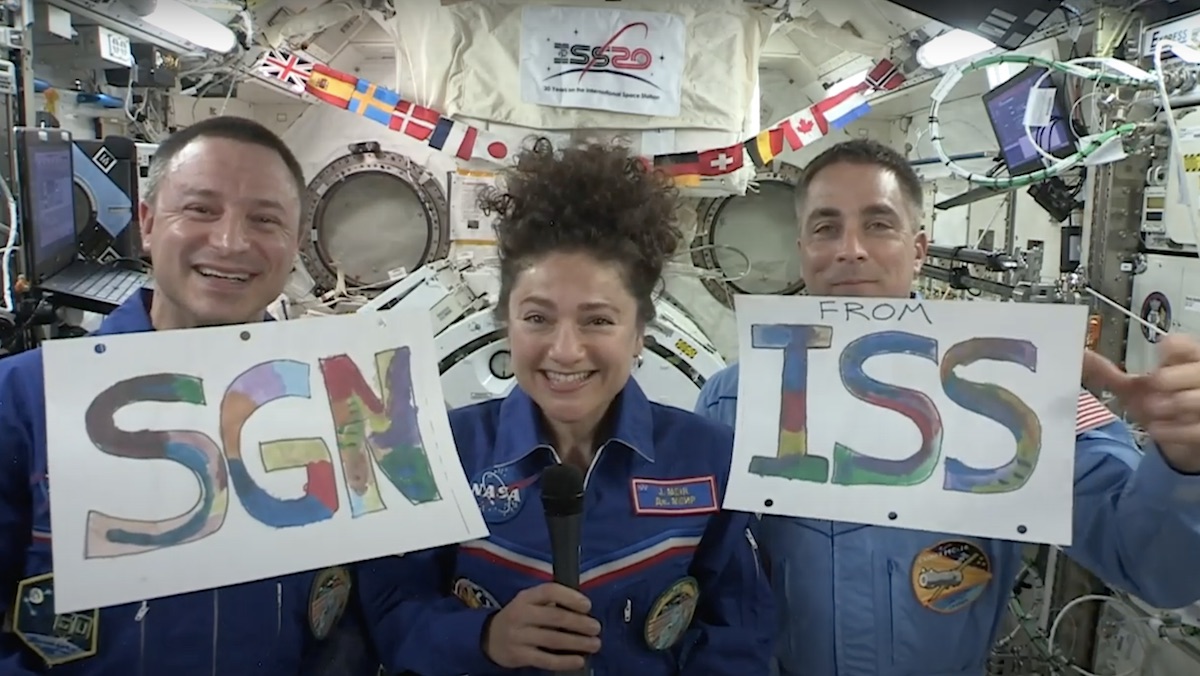 Finally, Krasinski highlighted some of the best moments from his virtual prom. The shindig, which occurred live on Friday night, included visits from Rainn Wilson and Chance the Rapper. The SGN event also featured the Jonas Brothers singing “Sucker.” And Billie Eilish and her brother Finneas O’Connell performed “Bad Guy.”

A digital dance can’t replace the real thing. But as John Krasinski reminds us every week, even during a very bad time there’s also some good news out there. Especially when so many big names will show up to prom.