Although it’s hard to make the argument that “the future” isn’t delivering on its technological promises—what’s out there is Terminator-level already—the whole “retro 3D display” thing has been lacking. To help push the envelope in that niche, YouTuber Sean Hodgins has built a volumetric, solid-state OLED display. And it looks like something that’d perfectly slot into Rick Deckard’s flying car from Blade Runner.

Hodgins, who’s based in Canada, is an engineer and programmer with a penchant for building sophisticated one-off gadgets; most of them look like they come straight out of a dystopian sci-fi movie. His face-changing projection mask, for example, is the kind of thing somebody would bust out with in a V for Vendetta-style revolution.

For this project, Hodgins says on Instructables that his goal was to “bring our true future forward” with a “ridiculously cool” mono-color display. And indeed, this solid-state volumetric screen is ridiculously cool. As well as quite difficult to build. 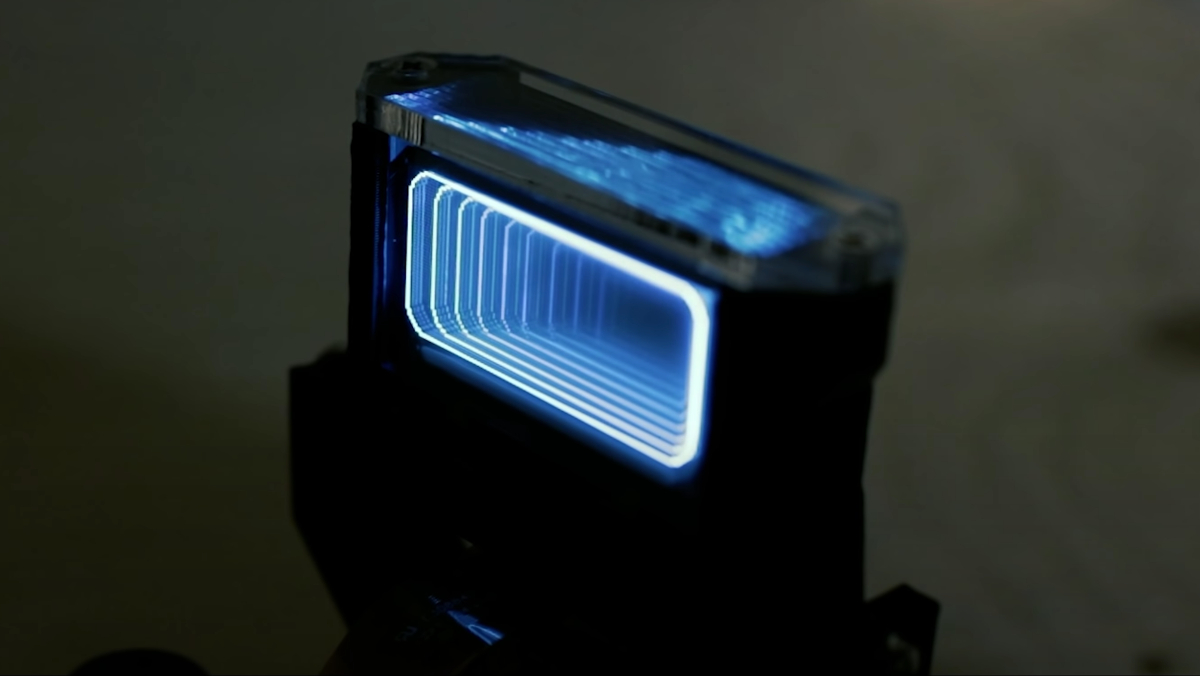 As Hodgins shows, making the unique display involved lining up ten transparent OLED (organic light-emitting diode) screens, and then programming perfectly timed light shows to play on them simultaneously. The whole project was obviously a lot more complex than that, but the point here is to remind people of how cool floating holographic displays are.

Speaking of which, Hodgins says that while there are plenty of other volumetric displays available, they have drawbacks. He notes, for example, that they generally rely on high-frequency spinning parts, which can be dangerous. This solid-state display, on the other hand, is obviously safe and easy enough to use.

TENEX - A solid state volumetric OLED display. Video is now live on my YouTube channel. You’ll want to check it out. pic.twitter.com/ioZDXc693X

Along with a few basic shapes, which spin and line up into geometric objects with depth, Hodgins also shows how the volumetric screen can put on a “particle physics” show thanks to an in-built inertial measurement unit. And that little show (which starts at 3:50), is something worth remembering. Even if that memory will ultimately be lost to time, like tears in rain.