SO WEIRD Was the Perfect Paranormal Primer - Nerdist

SO WEIRD Was the Perfect Paranormal Primer

The opening theme to The X-Files is an iconic staple of pop culture, a tune that elicits something like a chemical reaction; a primal understanding that things are about to get weird. It conjures images of aliens, Bigfoot, ghosts, government cover-ups, all things conspiracy and paranormal. For a generation of genre fans, it defined a moment. But for an even younger era, it’s a different tune that whets the same spooky appetite.

Millennials got their own taste for the paranormal procedural with Disney Channel’s So Weird—now available to stream on Disney+—which came with its own catchy theme song. Performed by Mackenzie Phillips, who also stars in the show as matriarch and rock star Molly Phillips, it has the same transportive element as The X-Files. But at the center of this story is a young girl hungry to know the secrets of the world. Molly’s daughter Fi is a feisty, paranormal-obsessed teen on tour with her mother, who scavenges the world for clues to the unknown. “This girl’s walked on fire and ice,” the music goes. “But I come out on the other side of paradise.”

For viewers of a certain age, Fi (Cara DeLizia) was our very own Fox Mulder in tiny female form. An iron-clad believer surrounded by skeptics, whose experience with the inexplicable gave her tunnel vision. Her quest for answers made her an outsider, the weirdo of the title. If you fit beyond the mold yourself, Fi was an icon, and the show around her the first real exposure to a whole genre of weird delicacies.

The first episode of So Weird, “Family Reunion,” introduces us to Fi Phillips in her tour bus bedroom. It’s adorned with everything you’d expect: UFO posters, alien figurines, mobiles of stars and planets. Like Mulder, she has a fish tank. She’s poking away at her computer, where she’s the webmistress of her own site, appropriately titled Fi’s So Weird Webpage. (Tagline: Life is SO weird.) In the next room, her brother Jack (Patrick Levis) strums an electric guitar. He comes into her room to bug her. “Hey check it out, cyber girl’s looking for little green martians again,” he teases.

So Weird was a mid-season replacement series that first aired in January 1999, six years after The X-Files premiere, so the allusions are clearly intentional. Episodes even begin similarly, with a voiceover from one of the leads explaining the lore behind whatever weird subject matter is about to be explored. And though the series molded and morphed during its two years on the air–with Fi replaced by a character named Annie (Alexz Johnson) in the final season–it opened up a world of imagination for young viewers interested in all things weird. An interest that would lead to future paranormal show obsessions. It all starts somewhere.

Here’s a deeper look at the success of So Weird, why we loved it then, what it did right, and why it’s worth a rewatch and re-appreciation. 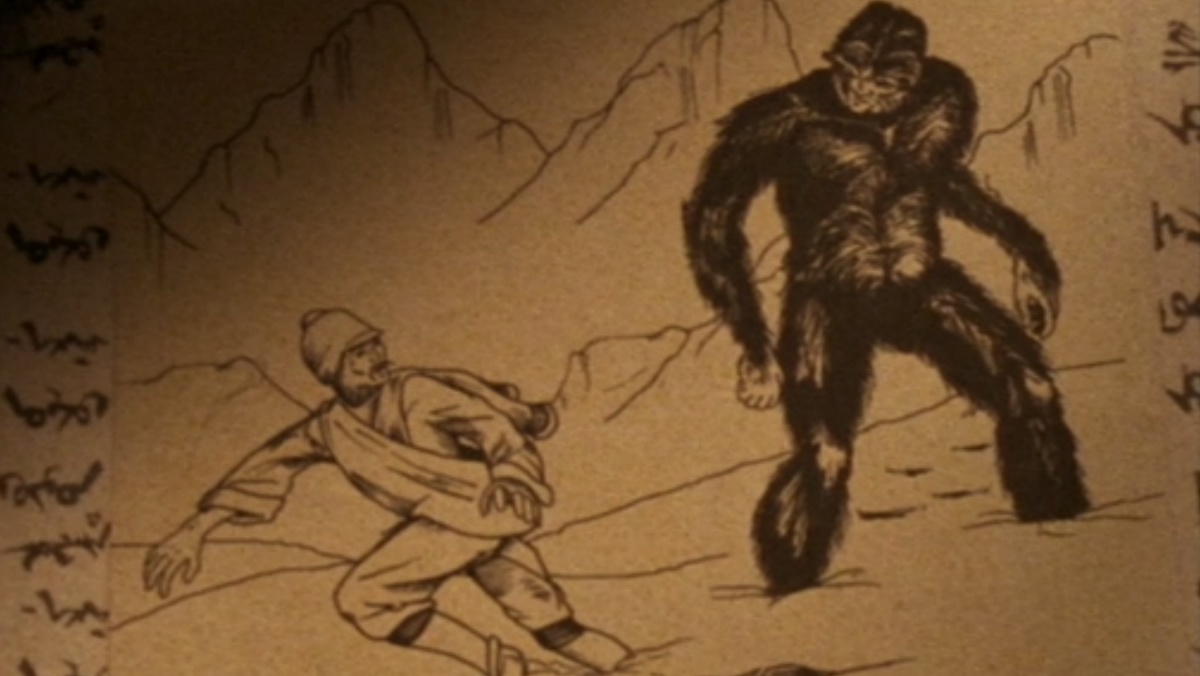 It got into real-life legends and folklore

The show wasn’t all that interested in fabricating monsters or ghouls for the sake of shlock. Instead, it was genuinely informative about real world legends, fairy tales, and folklore. Molly’s profession sees the family traveling the world (although it’s mostly focused in the United States) and soaking in new lore at every destination. The pilot finds the family and crew in Chicago, where Fi is visited by the ghost of a young boy who drowned in the catastrophic SS Eastland disaster, where 844 souls perished in the Chicago River in 1915. The episode details the history of the event in its intro, providing lessons before the fun takes over.

Other episodes involve encounters with Bigfoot, tulpas, sirens, will o’ the wisps, extra terrestrials, and werewolves. There is time travel, portal teleportations, weird science, experimentation, and a heavy focus on the world wide web and its terrifying power. There are certainly inventive characters and situations, and not every episode is indebted to some preexisting bit of myth, but there is always a more involved concept layered over the spooky fun Fi, Jack, Molly, and their friends get into. 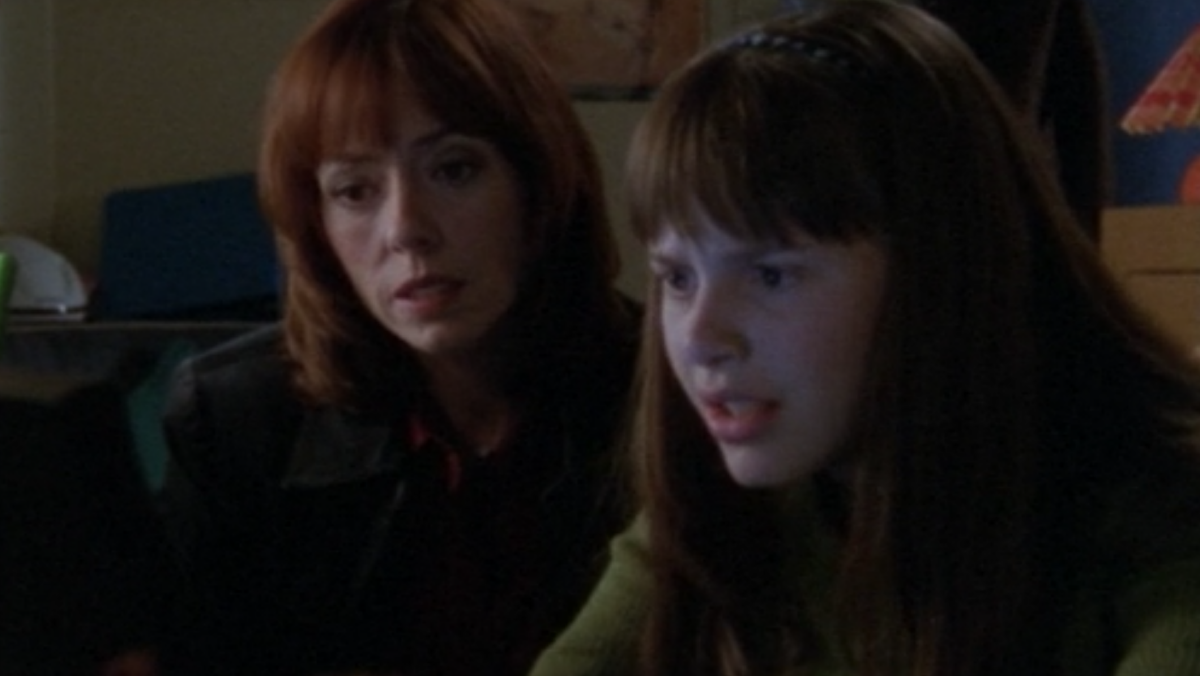 More than just the paranormal stuff, the show was important in how it depicted a family that fits beyond the norm. Fi and Jack’s father is dead, and its his mysterious ties to the unknown that Fi is chasing. Their mother Molly is a rockstar who is constantly on the road. They spend most of their time in the tour bus, flitting about the country, taking in new sights. They’re joined by Molly’s band manager Irene (Belinda Metz) and bus driver Ned (Dave Ward), a married couple with two sons that also tag along: Clu (Erik von Detten), who appears in the first season, and Carey (Eric Lively), who turns up in the second season and plays in Molly’s band.

The two families make up one large found family, relying on one another and fostering passions. Jack often plays the role of skeptic (the Scully to Fi’s Mulder), while Clu and Carey go along with her explorations and beliefs. Molly is nurturing but concerned that her daughter’s infatuation with the unknown will be her downfall. Irene and Ned lend their love as needed, a pair always willing to support the kids no matter what. When Annie, the daughter of a family friend, joins the series, she’s embraced right away, immediately excepted by this loving and nontraditional tribe of journeymen.

It’s a great, modern window into families who operate differently than the norm. But the show never strays from its melancholy central concept, either. While it isn’t necessarily a rarity for a Disney story to feature a dead parent, So Weird‘s exploration of the Phillips’ patriarch’s absence feels more intellectually deep. It handles it in a mature and nuanced way that makes the inevitability of death–and the never-ending way we process grief–part of the paranormal structure. 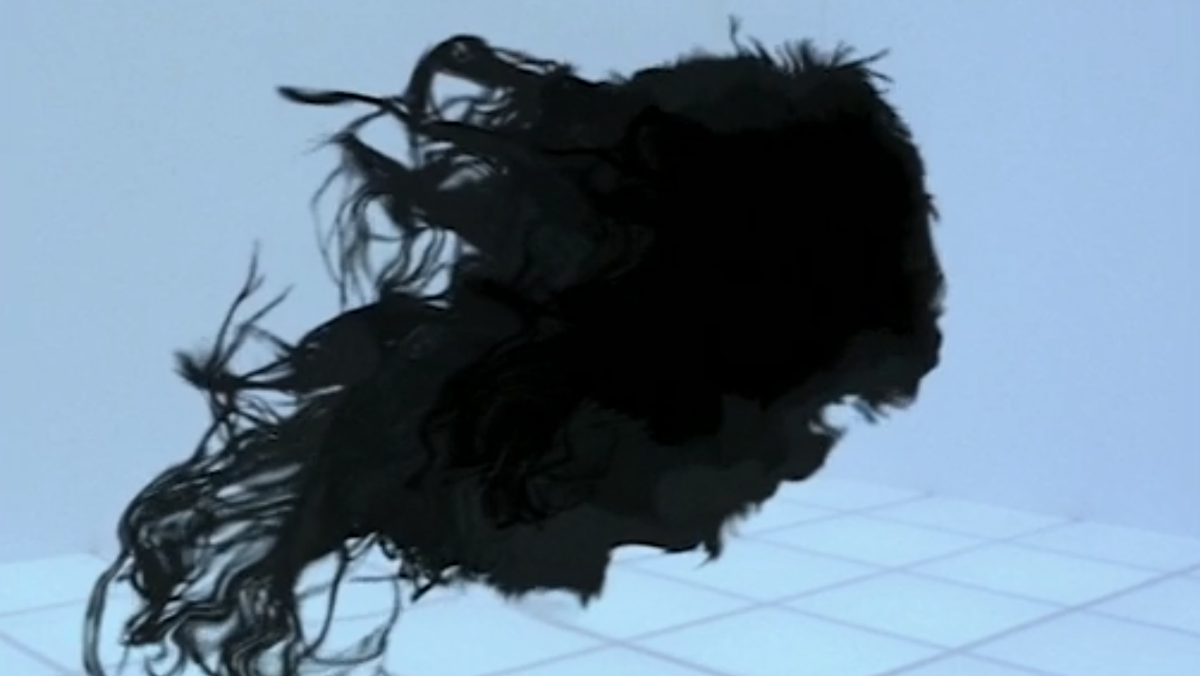 It was genuinely scary

More than anything, So Weird is a horror show, and it really sticks the landing in that regard. Yes, it’s for kids, so the scares aren’t the sort to keep an adult up at night. But there’s imagery that seared into the nightmares of a young generation, from the inky dream monster that manifests in “Nightmare” to the floating ghoul in “Banshee.” The show even got downright conceptual in some of its horror, like the episode “Strange Geometry,” which uses the Fibonacci spiral as a premise for multi-world portal traveling.

It’s dedication to the genre is what nurtured an early interest and kept us tuning in week to week. It’s also why So Weird lives on in our memories, those striking images our gateway drug to a series with a huge heart, a big brain, and a desire to inform and cultivate.