We Talked to 3 DOCTOR WHO Doctors at the Same Time

In honor of the fifteenth anniversary of Doctor Who’s modern incarnation, and the entirety of the revived series finding its new streaming home on HBO Max, not one, not two, but three of the modern Doctors made a historical joint appearance this week. David Tennant, Jodie Whittaker, and Matt Smith all sat down via streaming chat to discuss their part in the decades-spanning series.

There is no such thing as enough time for a Doctors panel, but some of the interesting things that the trio discussed with IGN’s Terri Schwartz were dream co-stars. When asked which other Doctor’s companions they’d love to travel with, Smith enthusiastically picked Rose Tyler so he could work with his close pal Billie Piper again. Jodie picked Rory Pond, er, Williams, for the same reason—working with pal Arthur Darvill. Tennant picked a more bittersweet choice: Brigadier Leftbridge-Stewart played by the late Nicholas Courtney in the classic run of the series. Tennant revealed he was set to film an appearance with the Brig actor towards the end of his run on the show before Courtney became too ill for it to take place.

Whittaker echoed the sentiments of, I venture to say, Nerdist‘s entire Doctor Who coverage team when asked which deceased character she’d like to bring back. Her answer: Sharon D. Clarke’s Grace O’Brien, with whom her Doctor shared the titular role in Jodie’s debut episode “ The Woman Who Fell to Earth.” Same, Jodie. Same. 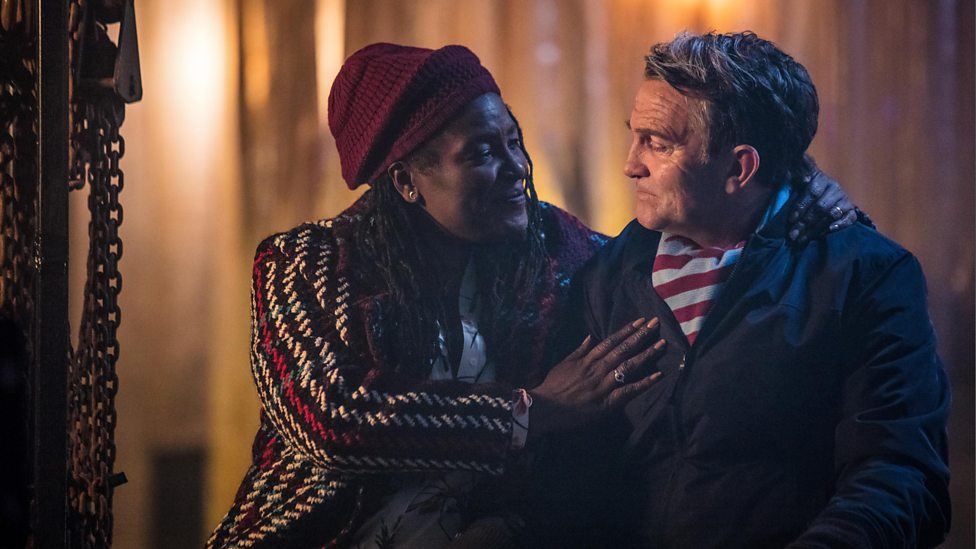 After the panel, Nerdist was able to obtain an exclusive three-on-one with the stars to discuss their history (and current experiences, in the case of Jodie) playing the Doctor.

Did any of you make any conscious changes in your performance in between your first and second season, once you had a chance to kind of wear the Doctor a little bit and have some space from it before going back into the role?

David Tennant: Don’t remember making any conscious decisions. I remember feeling that a lot of it was to do with just relaxing a bit just sort of going, “It’s okay.” It’s a big thing to take on. There’s so much pressure before you shoot a single scene. It’s very hard to keep the noise out of your head. And I think once you’ve got one season under your belt, it was easier to go back and go, “It’s all right, I’m allowed to be here now.” I don’t know if that was conscious as much as just sort of a benefit of having survived.

Matt Smith: Yeah, there’s sort of more pressure on the writers for the second season, isn’t there? They sort of tend to panic because they’ve got that first season in their head generally. And then the second one is often it’s a bit like kind of second album syndrome. I think they sort of panic a bit but we just crack on with it, don’t we?

Jodie Whittaker: Yeah, and I think what’s exciting for us is that we’re coming in and knowing that we’ve explored so much. The first season is quite an adrenaline for yourself. But then actually when it is your second season, like you say about the writers, Matt, it’s them that generally lets you explore a different side. And so it feels like maybe this massive choice that you’re gonna play it differently. But it’s like well, no, it’s just these episodes are new and the pace is being mixed up. But that’s what’s great about it, is that you get more than one season. You get to put your you’ve toes into all these different like emotions and sides to the Doctor. 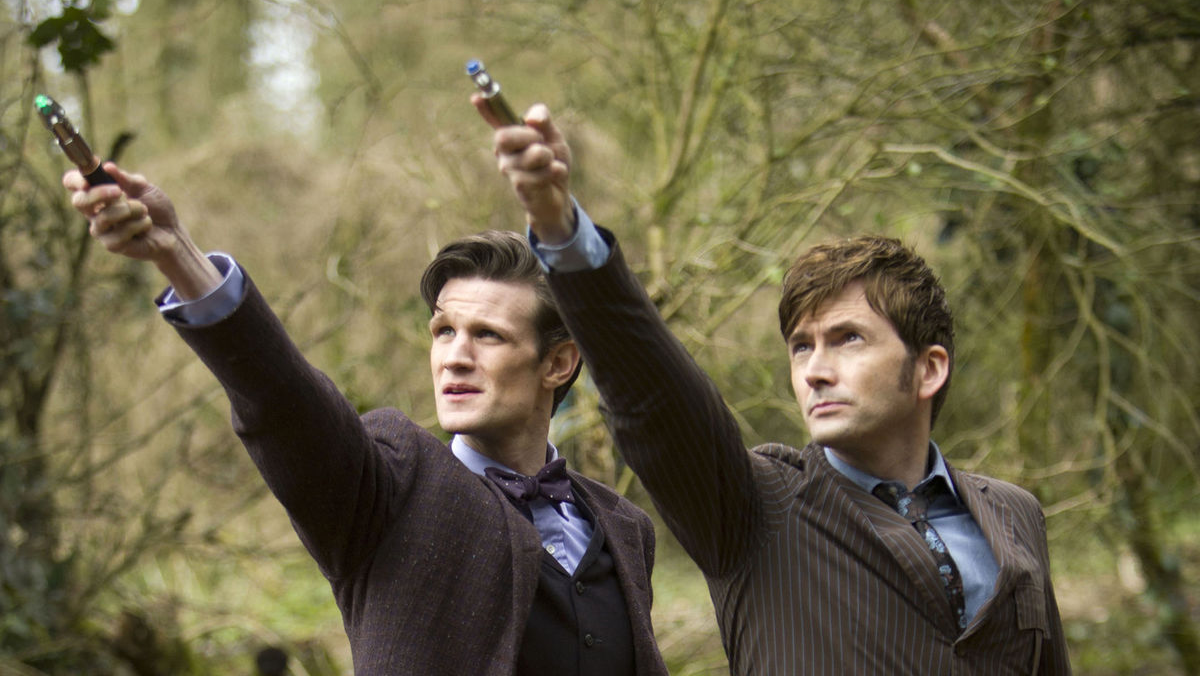 What was the most gut-wrenching scene that you had to film during your run as the Doctor?

DT: Oh, for me, probably the last ones. Yeah, ‘cause it’d been such an exciting, wonderful, happy sort of vivid time. No matter how resolved you are to moving on and however right that might be—that it may absolutely be the right time to do that—it’s still a tough thing to leave. Because you sort of know that whatever else happens, and however you’ve felt about it, that there will be no job that will be quite like this job ever again.

JW: I think I know I haven’t had that yet. And I think I already can… If I think about leaving, it makes me cry. The actual thing when it happens… I can preempt that that will be my devastating moment.

MS: And you’ve got to be really nice about it as well. That’s the other thing.

JW: You guys were nice to me. Peter [Capaldi] was lovely. Peter is the most extraordinary artist and so he wrote a card and it had the TARDIS and a welcome mat on and I was so blown away. I’ve got to work on that. Like I’m going to do like some crap thing. Be all like, “Good luck… there you go.” 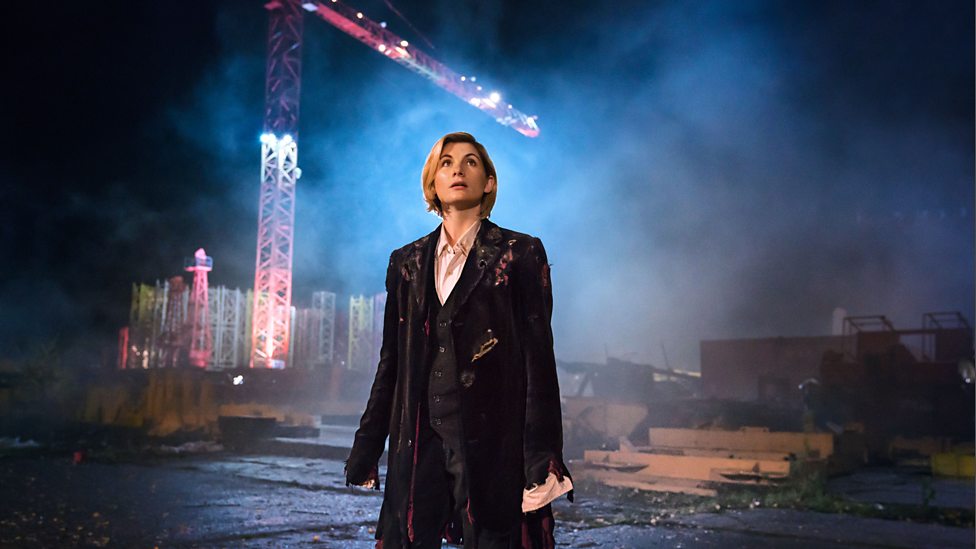 What was it like going into your first iconic “Doctor speech.” How did you get into the mindset for that?

JW: My first Doctor speech was day two, on a crane. And so the brilliant thing was I was completely obsessed with the health and safety on the crane. Once we went and we realized…it was all right, me and “Tim Shaw” weren’t gonna fall off, I got into it. And weirdly that adrenaline, and the fizzing of everything, the elements. It was [pouring] down. It was really Welsh weather. Everything about it was epic.

It felt like any self-conscious elements in my actorness kind of had to go away, because I had too many other things to think about. So I think I was really lucky. I was angry when I saw the call sheet. And I was like, “You kidding me?” But then actually, in hindsight, had it been three weeks in, it’d have been this big oh my god moment.

DT: In my first story, I’m unconscious for like, two-thirds of it, and then I wake up and kind of talk for the final third. So it was all stacked in that way, too. There was a lot of waiting and it all ended with a sword fight. It was a bit silly, but in a way, I liked that, because it meant you could rehearse that like a play. It was just you talking to some monsters who just had to stand there and listen and then you fought one of them at the broadsword.

MS: Cunningly, they shot episodes five and six of my series first, purposefully, because Alex Kingston was in it heavily and they thought she’d be a good conduit for me. And then they shot episode one. But my first day on the set of Doctor Who was on a beach. It was a bit like you, Jodie.

We had to shoot because the tide was coming in and just came in early. And we’re looking up at this big cliff and it was me, Alex, and Karen. The elements just completely screwed us, really. And so we just cracked on with it. That’s what’s great, isn’t it? You film it in Wales and there’s nothing you can do. It’s either raining freezing or raining or freezing. Yeah. It means you just sort of literally dive in with both feet. 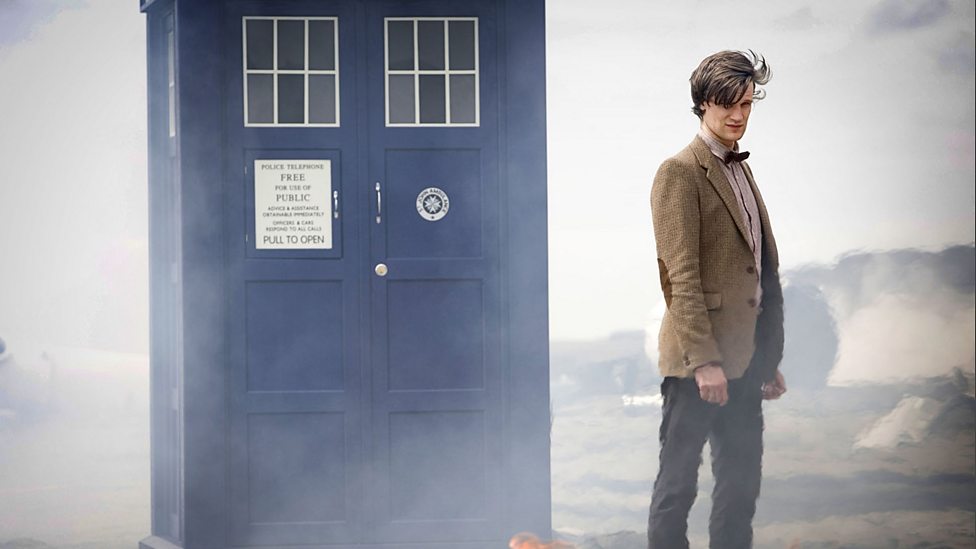 DOCTOR WHO is available to stream exclusively on HBO Max and future season/special will premiere on BBC AMERICA.

Riley Silverman is a Nerdist contributing writer. She can be found on Twitter and Instagram. Her comedy album Intimate Apparel is available digitally online. 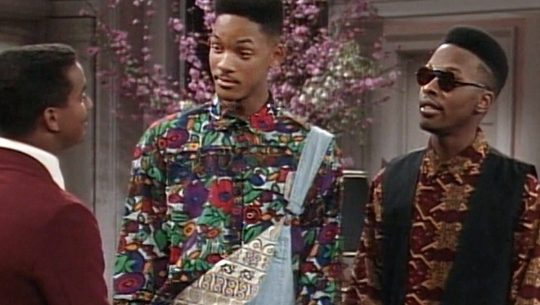