I know some people hate even being around balloons, lest they unexpectedly pop. Each tiny explosion is like a personal horror movie. So I doubt everyone will enjoy the latest project from the YouTube channel How Ridiculous. But that’s their loss. Because watching them inflate what they call the world’s largest balloon isn’t even the best part of this video—it’s watching the balloon go boom.

The How Ridiculous crew used the RCA Arena in Perth, Western Australia, to have a whole lot of fun with a whole lot of air. They overfilled a weather balloon to create the world’s largest balloon pop. (Which we first came across at Digg.) It took nearly three hours, and at least four batteries, for their powerful air blower to inflate the balloon, after some test runs with smaller sizes. They went beyond the balloon’s normal parameters, though, pushing it as far as they could for as long as they could. In the end it stood more than 41 feet tall.

Then, without warning, it finally popped. It was like hearing an unexpected cannon go off near your head. No surprise it was far less jarring, and a lot more enjoyable, to see it explode in super slow-mo. But even in that format it was still incredibly quick. The high-def camera captures just how fast the tearing takes place. 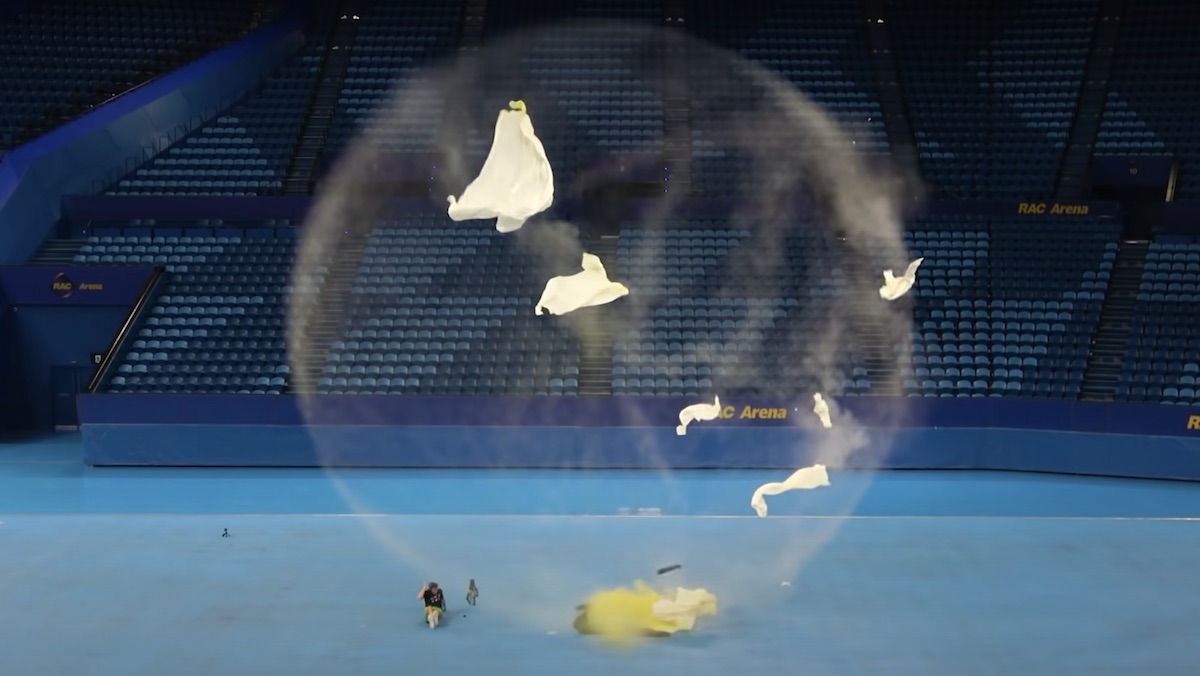 But what’s especially fantastic about this endeavor is that they also filled the balloon with yellow paint powder, which attached itself to the entire surface of the balloon. Even after the actual balloon itself vanished into nothing, the remnants of the paint remained. That created a ghostly shadow akin to Bugs Bunny sprinting out of a room and leaving an outline of his body made from dust behind.

Everything about this is fun to watch. It’s like seeing kids playing with the best toys in the world’s biggest playroom. If you hate balloons, just watch it with the sound off.