6 Scary Board Games for a Spook-Tacular Game Night - Nerdist

6 Scary Board Games for a Spook-Tacular Game Night

Whether you’re a witch or warlock, ghost or ghoul, there are plenty of great games to play this October 31st. Simply grab your favorite scary snacks and drinks, cue the Halloween theme song, and get these games onto your tabletop.

Play one (or all!) of these games that range from tried-and-true classics to recently released titles for a memorable Halloween game fright.

Werewolf is a classic hidden identity game that can be played any time of year, but it’s especially fitting for a Halloween game fest. Werewords is the next step in the Werewolf series, mashing up a word game with social deduction. Using simple yes/no questions, you’re trying to figure out the secret word before time’s up. Only the Seer and the Werewolf know the word and they’ll try to steer you toward or away from the word. And if you can’t figure out the word, then you can guess who the diabolical Werewolf is! Like the other Ultimate One Night titles from Bezier Games, Werewords comes with an app to make your game go smoother and faster. 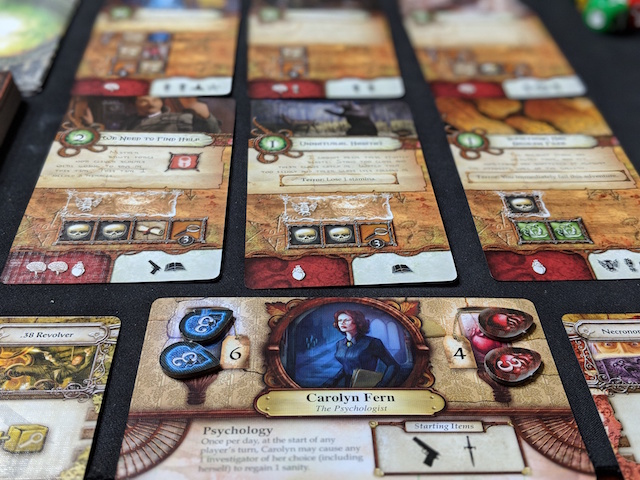 No good Halloween celebration is complete without a visit from otherworldly beings and you’ll get plenty of that in Elder Sign. As investigators trying to get down to the bottom of the strange happenings at the old museum, you and your fellow detectives put your stamina and sanity to the test to find elder signs. These eldritch symbols allow you to fend off the Ancient Ones from another dimension. From the designers of Arkham Horror, Elder Sign is a slimmed down and more accessible version of the original game and includes lots of fun dice-chucking and a much shorter game time. 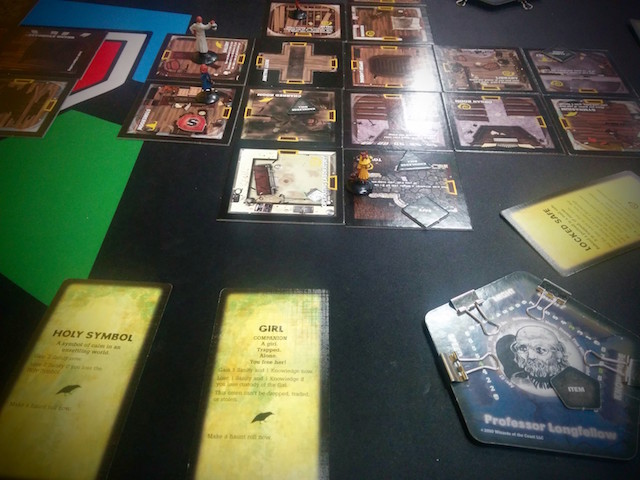 This classic horror game starts off as a cooperative romp through a haunted mansion, as players take turns adding tiles to the expanding house, opening up rooms filled with items and omens. It all leads to the inevitable haunt, when it becomes a one-versus-many game as one player betrays the rest. Betrayal at House on the Hill oozes theme, especially if your guests relish a creepy and tension-filled tale. With 50 unique scenarios, you can play this before, during, and after Halloween for a good scare. 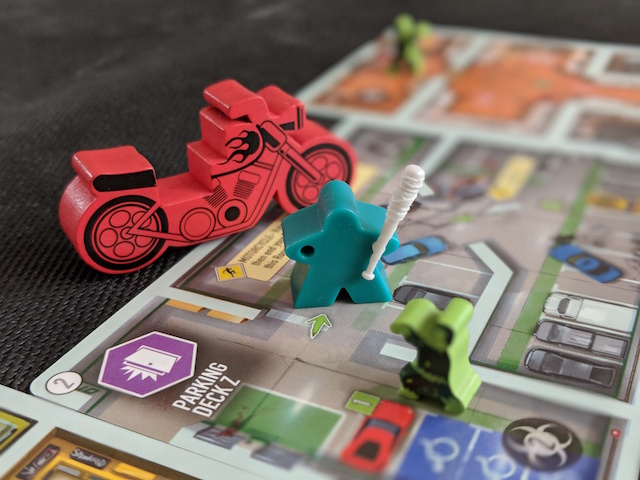 Gamelyn Games’ Tiny Epic series continues to wow gamers with a huge amount of play tucked away in easily portable boxes. Tiny Epic Zombies is the latest to hit the tabletop, with everything you’d ever want from a zombie game. You and your guests select one of several game modes: cooperative against an A.I. or cooperative against a zombie player, competitive against an A.I., or competitive against a zombie player. Whatever mode you choose, you’ll be in stuck in a mall trying to complete three objectives before being overrun by the undead. Using Gamelyn’s patented ITEMeeples, you’ll attach items and weapons to your meeple and use them to kill those pesky walkers. It’s a surprisingly engaging horror game in a tiny package: perfect to take along with you if you decide to go out for the night. 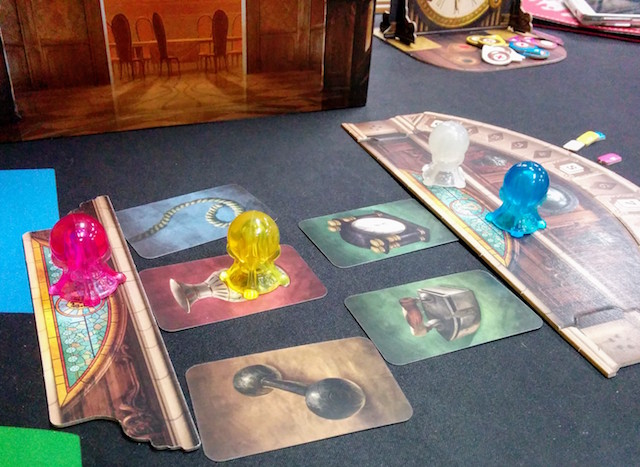 In Mysterium you and your guests are transported to 1920s Scotland for a seance. One player takes on the role of the ghost who you’ve contacted. Since spirits can’t talk, they’ll use picture cards to convey clues as to who murdered them. Like the perfect mix of Clue and Dixit, you and your fellow mediums piece together the crime, pinning down the suspect, weapon, and location. If the majority correctly identifies the killer, the ghost can finally rest in peace. But if not, then it’s time for another seance. 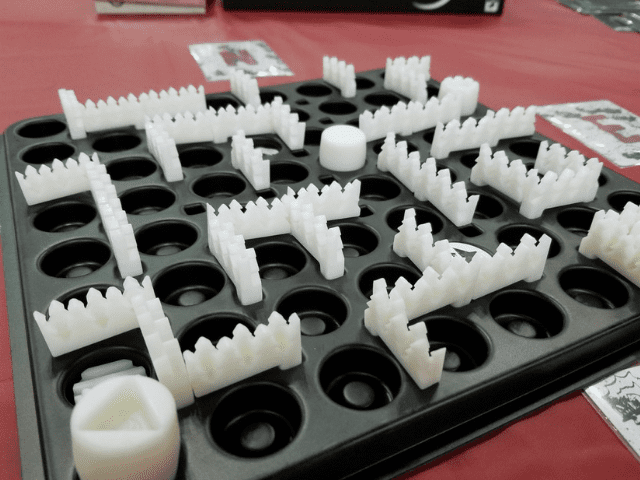 A recent smash hit in the gaming industry, Nyctophobia is a scary good time thanks to its unique gameplay. In this one-versus-many game you and your teammates are work together to escape a killer in the pitch-black forest. There’s a twist, though, and it’s a big one: you’re all wearing glasses that prevent you from seeing the board so you’ll rely on your sense of touch to find your way through the maze. Communication is crucial, of course, as is relying on other players for the information that’ll lead to your escape … or demise.