If you’ve ever dreamed of calling yourself a member of a rogue’s gallery of supervillains, Spin Master Games has the perfect game for you! Sinister Six is a heist card game that pits three to six players against the friendly neighborhood Spider-Man. But you know what they say about honor among thieves. Can you work together to pull off the heist, or will it be every villain for themselves? 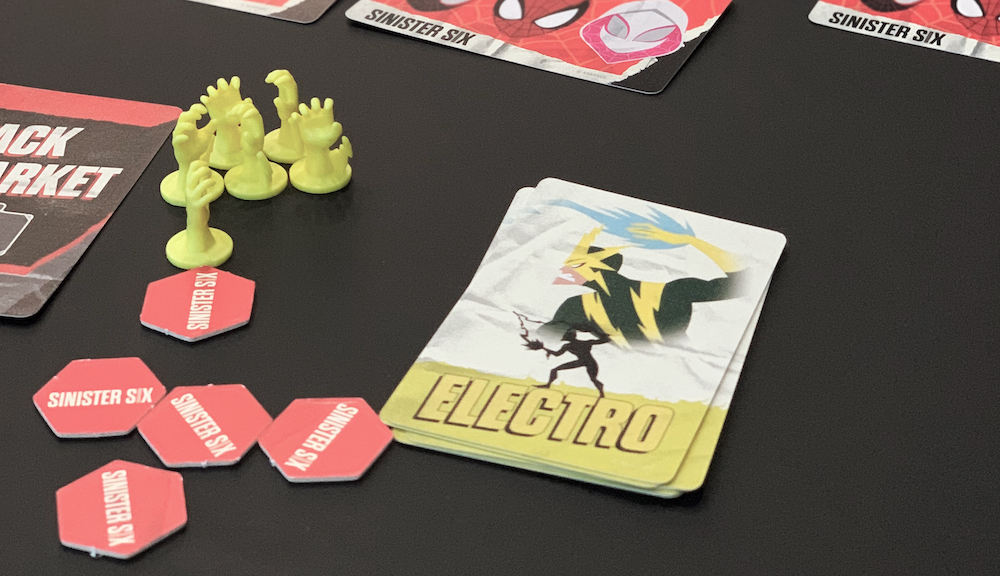 Their names are legendary: Doc Ock, Green Goblin, Venom, Mysterio, and more are playable characters for a total of 10 of Spider-Man’s greatest adversaries. Each character wields their own unique abilities for taking on the Webhead in the form of action cards. Each playable villain also has six exquisitely hand-sculpted markers, making it 60 hand-sculpts in all included in one spectacular game box.

Let Becca Scott teach you how to set up the game and be the best (worst?) villain you can be in this episode of How to Play.

Turns are determined by tokens for each heist round. Some tokens have Black Market icons on them, and the player can draw a card from that deck when played. On their turn, a player can play a card for a villainous action, play a Black Market card to earn a loot token, dodge to avoid being captured by Spider-Man, or pass their turn. The action adds their contribution to the heist, denoted by placing one of the villain markers on the Heist Location card.

When the Spider Cards on the gameplay area are revealed, players will take on Spider-Man, Spider-Gwen, or Spider-Man Miles Morales to complete the heist and split the loot.

After all heist rounds are finished, it’s time for the final battle! If players are captured by Spider-Man, Spider-Gwen, or Miles Morales in the last fight, they are eliminated from the game. Remaining players add up their loot tokens to find out which supervillain wins the game.

Watch Becca and friends take on Spider-Man in this webslinging episode of Game the Game.

Sinister Six is now available at GameStop and your friendly neighborhood game store. Will you pull off the heist as a team or try to keep it all for yourself?