It’s not exactly a great time for fans of the galaxy far, far away to travel to Batuu. But it has nothing to do with an Imperial presence on the Outer Rim planet. Amusement parks aren’t the safest places to be right now, so trips to Galaxy’s Edge aren’t in the sabacc cards for many. But soon you’ll be able to take a safe virtual journey to the planet for a personalized Star Wars adventure. Lucasfilm has teamed up with The Sims for an all new “Journey to Batuu” pack.

Lucasfilm, Maxis, and EA have announced the all-new The Sims 4 Star Wars: Journey to Batuu. It will give players of the popular simulation game a chance to explore the planet made popular by Star Wars: Galaxy’s Edge in Disneyland and Walt Disney World. The game will fully immerse players inside the world.

“From the moment Sims arrive on Batuu, they’ll be surrounded by the sights, sounds, and smells of Star Wars. Majestic petrified trees rise high over the settlements and ships pass overhead, engines whining. Black Spire Outpost hums with activity as alien locals and busy droids go about their days. Vendors serve up Ronto Wraps and Fried Endorian Tip-Yip to hungry Niktos and Rodians. Curious Abednedos, Mirialans, and Twi’leks browse the wares at Dok-Ondar’s Den of Antiquities. Sims might recognize a certain infamous ship, the Millennium Falcon, or hope to escape the notice of patrolling stormtroopers. But once they arrive, they’ll never want to leave.”

Players will have to first earn a reputation on Batuu and pick a side to work with. The faction they choose, Resistance or First Order, will affect how locals treat them. But as the difficulty of missions increase, so will a players stature. 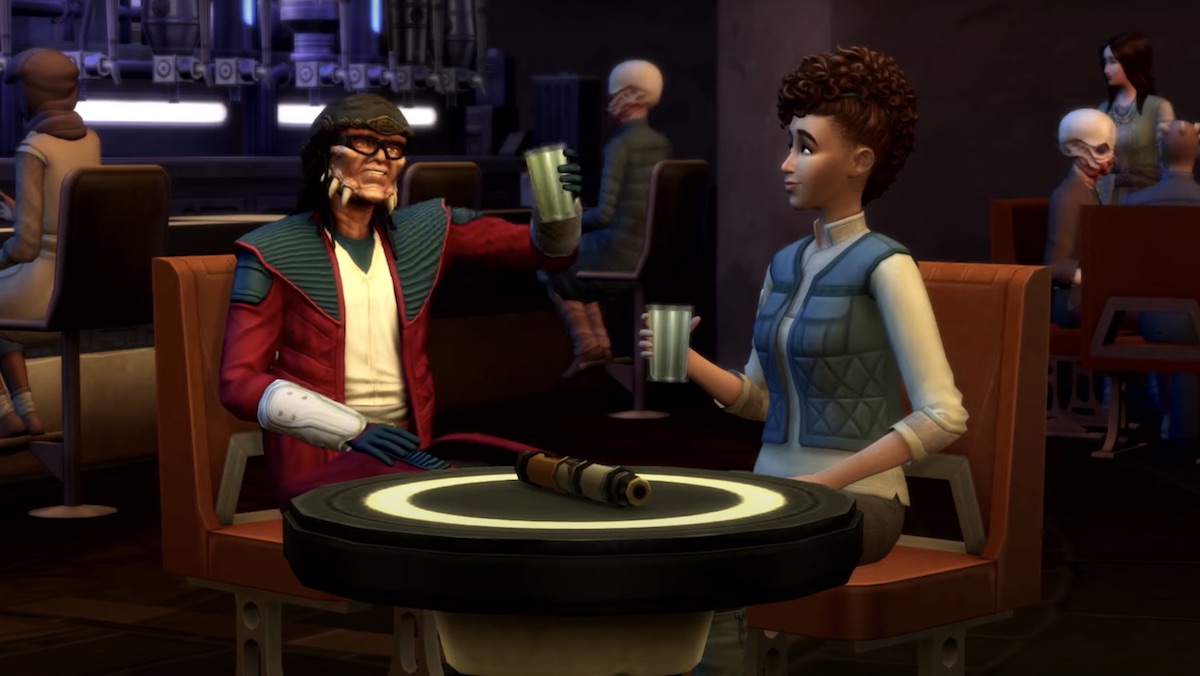 Their journey will also bring them into contact with familiar figures from the franchise, including big names like Rey and Kylo Ren. They’ll also have a chance to drink with Hondo Ohnaka while listening to Dj Rex spin some tunes, or work with Resistance spy Vi Moradi.

Gamers will also get to see the Millennium Falcon in action, build and train with their own lightsabers, collect artifacts and treasures, and interact with droids. And when they finish on Batuu and return to their Sim home, they will be taking back mementos with them.

“Enjoy Star Wars inspired updates in decor, home design, and even recipes. Whether Sims display the antiquities they collected on Batuu or revamp their style completely to imitate the dwellings of Black Spire Outpost, they don’t have to leave their Star Wars adventure behind. Invite neighbors over for a game of sabacc or a lightsaber sparring session whenever you like.

Plus, any droids ordered on Batuu return to the Sims world as well! Sure, droids might not go around zapping people in Willow Creek, but Sims can still build relationships with them and have fun driving them around with a datapad!” 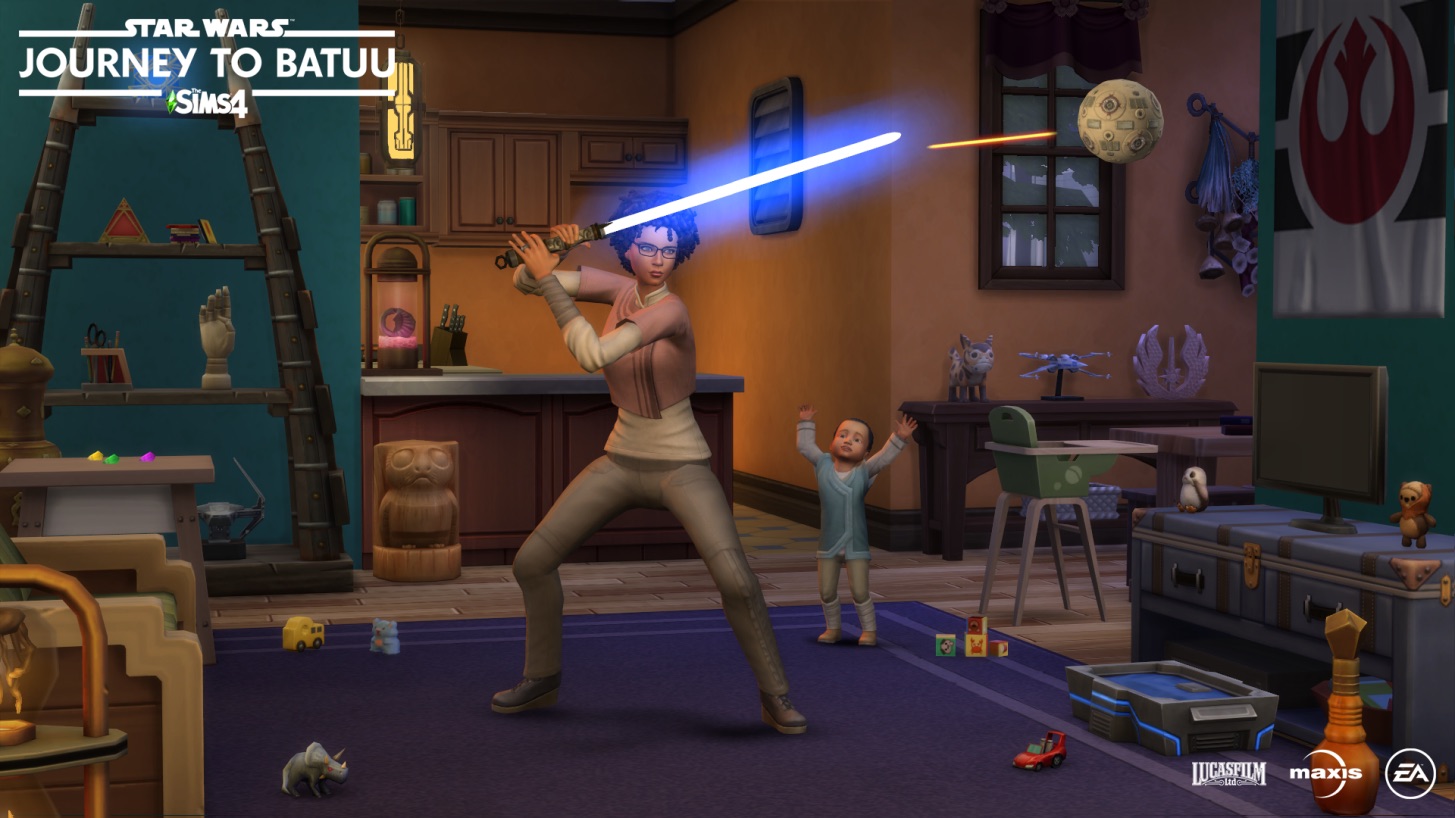 Get ready, regular Sims locales, for a bunch of sassy Star Wars droids! You’re going to hate them as much as we love them.

The Sims 4 Star Wars: Journey to Batuu Game Pack will be available at midnight, September 8, 2020, in your region for Mac and PC. It will go live at 10 a.m. PT for Steam, Xbox One, and PlayStation 4.

And while it might not be the “real” Batuu found at Galaxy’s Edge, it does have some major advantages. It will be a lot safer, and Disney parks don’t let us take a droid home.