Towering over Midgar, the Shinra Electric Power Company headquarters loom 70 stories over their subjects. That’s pretty scary for what amounts to a utility company. With the Final Fantasy VII Remake just around the corner, it’s a good time to investigate the expanded lore of Shinra. The Final Fantasy worlds are a giant disconnected (yet connected) series. Thanks to games like Crisis Core and Dirge of Cerebrus we have more information about this villain than the original game. While movies like Advent Children certainly expanded upon the company’s activities post-final fantasy, we are avoiding that because of spoilers.

At its core, Shinra Power Company extracts Mako Energy (think oil… just green) from the earth and refines it. Using these reactors to refine the Mako, Shinra can produce electricity and thus brought about the Final Fantasy equivalent of the industrial revolution. Unfortunately for the world, Shinra Electric was originally a weapons company—and it never stopped being one. Led by a visionary, President Shinra, who wanted to build a world conglomerate and find the promised land, Shinra worked tirelessly to establish their dominance over the world. War, secret police, media propaganda, and super-soldier programs became the tools of their trade.

With all that said, let’s take a deeper look! 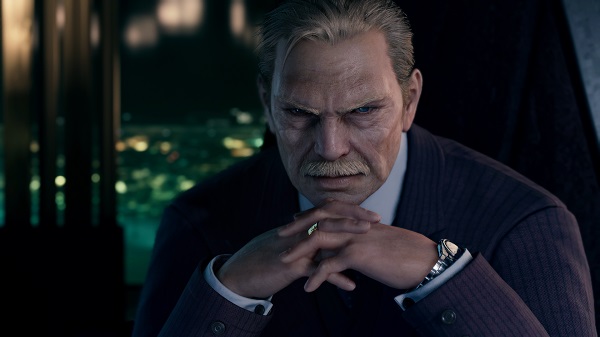 Shinra Power is a family-owned business. At the height of its power, Shinra Power operated as the de facto government, but it maintained its close familial connections. President Shinra himself oversaw the entire operation, and his son Rufus Shinra has the run of the company and all the divisions that make it up:

One thing that is important to understand in the VII universe is that these people have a total monopoly. The game is set at the height of their power and there is no real hope for your regular citizen to take on this company. Even the mayor of Midgar is nothing but a puppet pawn for the company. 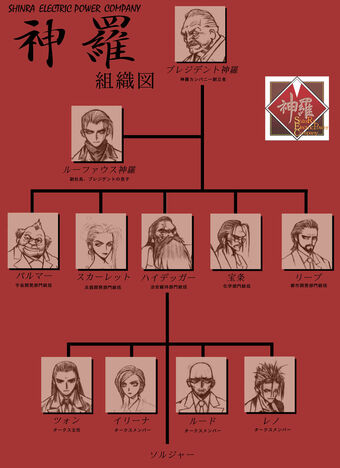 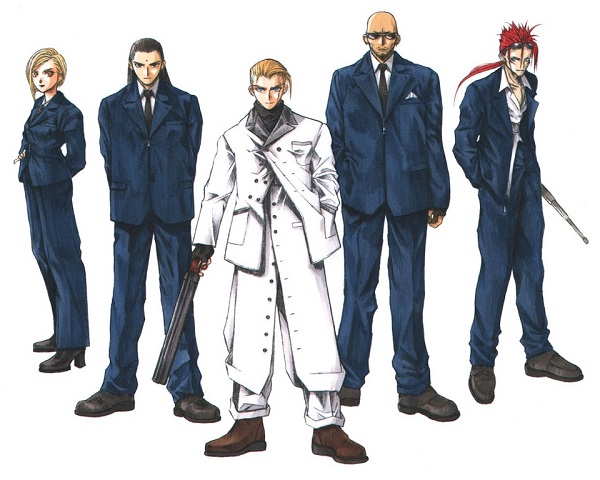 The main villains you will find yourself fighting against fall into the branch of Turks, Soldiers, or Security. Technically, all of them are lead by Heidegger under the Public Safety department, but things slip through the cracks. Reno, Rude, and Tseng–Turks–were wickedly cool characters in the Final Fantasy 7 original. Everyone seems to start off as Security and work their way up. Then we have Sephiroth and Cloud as soldiers, but what’s their main difference to the others?

Tseng leads the Turks. That group includes members like Vincent Valentine and Elena. Dressed in stylish suits with awesome black shades, the Turks bring the class to Shinra Electric Company. An intelligence agency, black ops, assassinations, and reconnaissance group all in one, they are true professionals. Since they are privy to so many secrets, the Turks tend to become full characters with complicated backstories and motivations that may differ from Shinra.

Soldiers are very different from the Turks. They are the elite biologically enhanced fighting force of Shinra. Each Soldier is handpicked and recruited, subjected to experiments, and given leeway to conduct their missions. Once you are a Soldier, you are a soldier for life. You’ve become a Shinra industrial secret. No two soldiers are alike, and each of them is iconic for what they do. Sephiroth and Zack Fair are two of the most iconic soldiers and are the people you send in to win a war.

Let us know your favorite Shinra character in the comments below and why!

Rick Heinz is the author of The Seventh Age Series, Dread Adventures, and a storyteller with a focus on D&D For Kids, Wraith: The Oblivion, Ravnica, and an overdose of LARPs. You can follow the game or urban fantasy related thingies on Twitter or Facebook.