Netflix's SHE-RA Is Back with Emotional Final Season Trailer - Nerdist

Netflix’s SHE-RA Is Back with Emotional Final Season Trailer

She-Ra and the Princesses of Power reimagines one of pop culture’s most famous princesses. Since the animated series debuted on Netflix in 2018 the new take on He-Man’s twin sister has been delighting audiences. But now it’s coming to an end. And the trailer for the fifth season, which debuts on May 15, is an emotional roller coaster.

In just two years the gorgeous series from Noelle Stevenson has introduced a whole new generation to Adora. However, as we approach the final season things are vastly different from the sparkly status quo from the beginning of the show. In case you weren’t aware just how serious things have become, note the dark and emotional rearrangement of the theme song. Things are about to get bad, friends. With the Sword of Protection broken and the forces of darkness swirling it’s up to She-Ra, Glimmer, and Bow to save the day. But as this trailer teases, it won’t be an easy task to take down the Horde.

The last season saw Adora learn a horrifying truth about the weapon that she had come to see as part of her power, which caused friction with the newly crowned Glimmer. Will they come together in time? We also get a momentary glance of Adora and Catra trying to grasp each others hands. Could that hint that maybe we’ll get to see the frenemies reunite one last time? 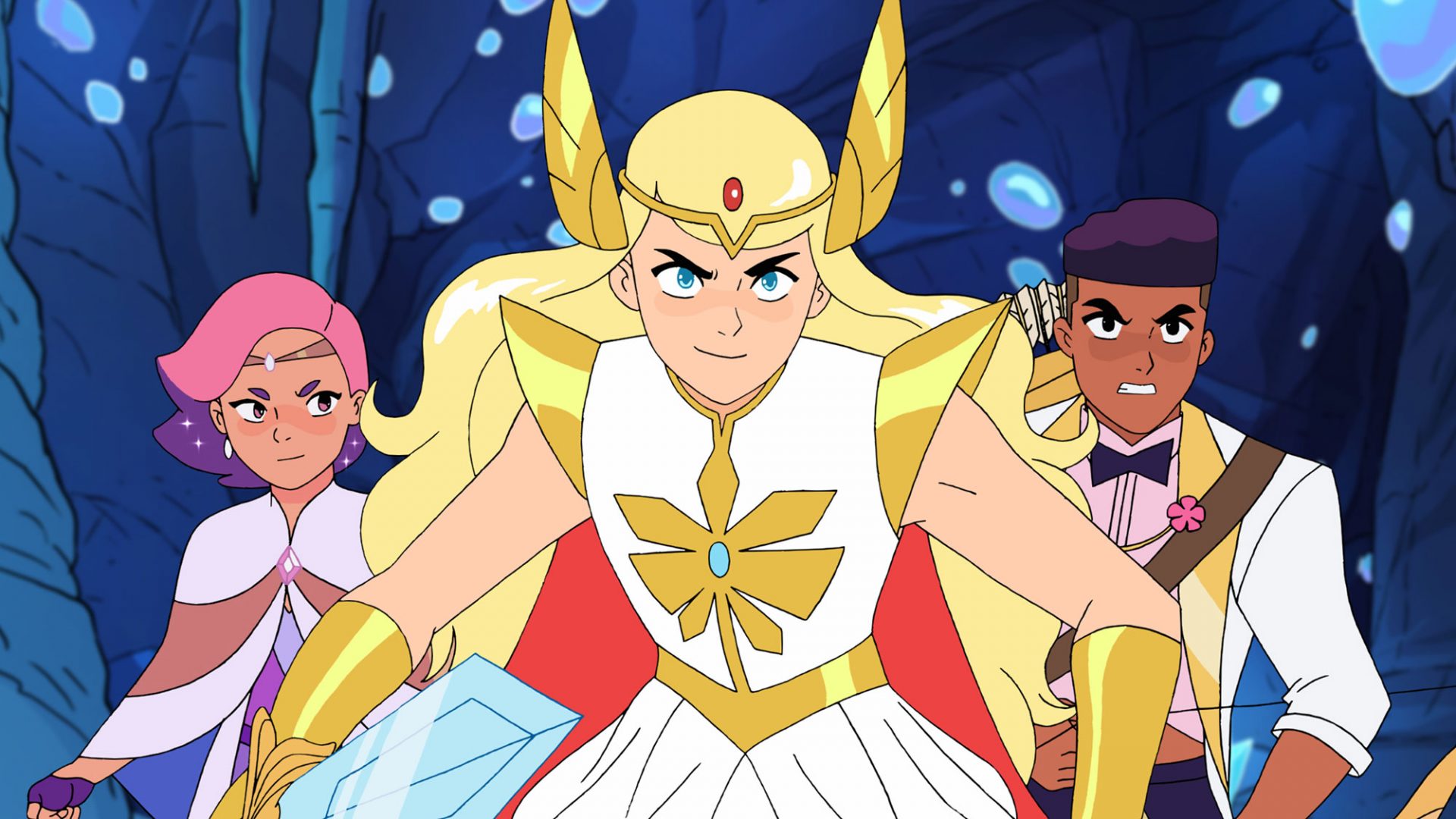 Though we’re sad to see She-Ra come to an end, this trailer has us amped for what’s coming. The show has excelled at exploring friendship, love, responsibility, and agency throughout its four seasons. This awesome trailer seems to hint we’ll see those themes carried though whilst getting an ending that will likely break our hearts. Season five of She-Ra hits Netflix on May 15 and we cannot wait!