Watch an Entire Building ‘Walk’ to Its New Location

Every student has days where they wish they could get up and walk out of school without any repercussions. It’s doubtful though many kids ever wished their school would do the same. But that’s exactly what happened recently in Shanghai. In a marvel of modern technology, an 85-year-old primary school temporarily became a type of Transformer when it “walked” to its new location in the city.

The Lagena Primary School in Shanghai, China, originally built in 1935, needed to be moved to make room for a new commercial center in the city (which we first heard about at Boing Boing). However, thanks to the seven-ton school’s unusual shape, which resembles a capital “T,” engineers couldn’t use typical methods like slide rails or flatbeds. They had to devise a different technique to ensure the building would stay intact during the transition to its new home. 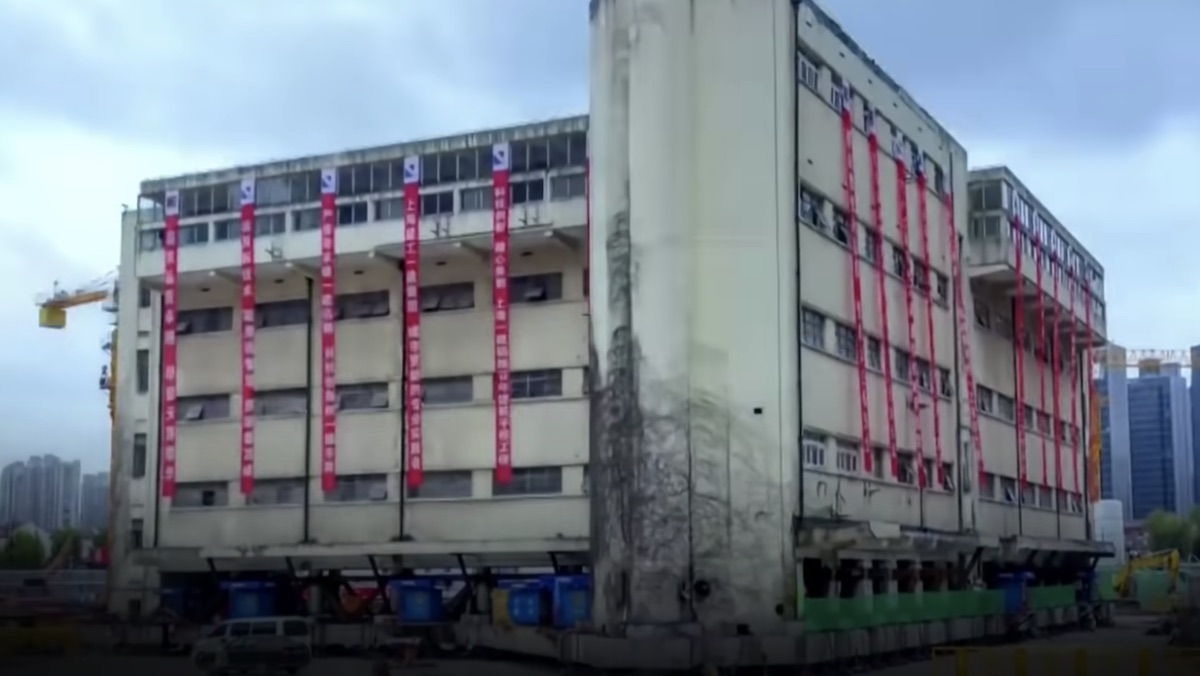 What they came up with was a “walking-style” procedure that took 18 days to complete. For two-and-a-half weeks, 200 devices, split into two sides, were placed underneath the building. Working like robotic legs, they lifted the school up. Then, one giant step at a time, the building proceeded to slowly “walk” to its new spot.

No, turning it into the world’s biggest, heaviest caterpillar did not make the school sentient. At least as far as we know. Obviously something like that could take time. So just in case, be on the lookout for any giant buildings walking around Shanghai in the near future. It will probably be hard to miss. 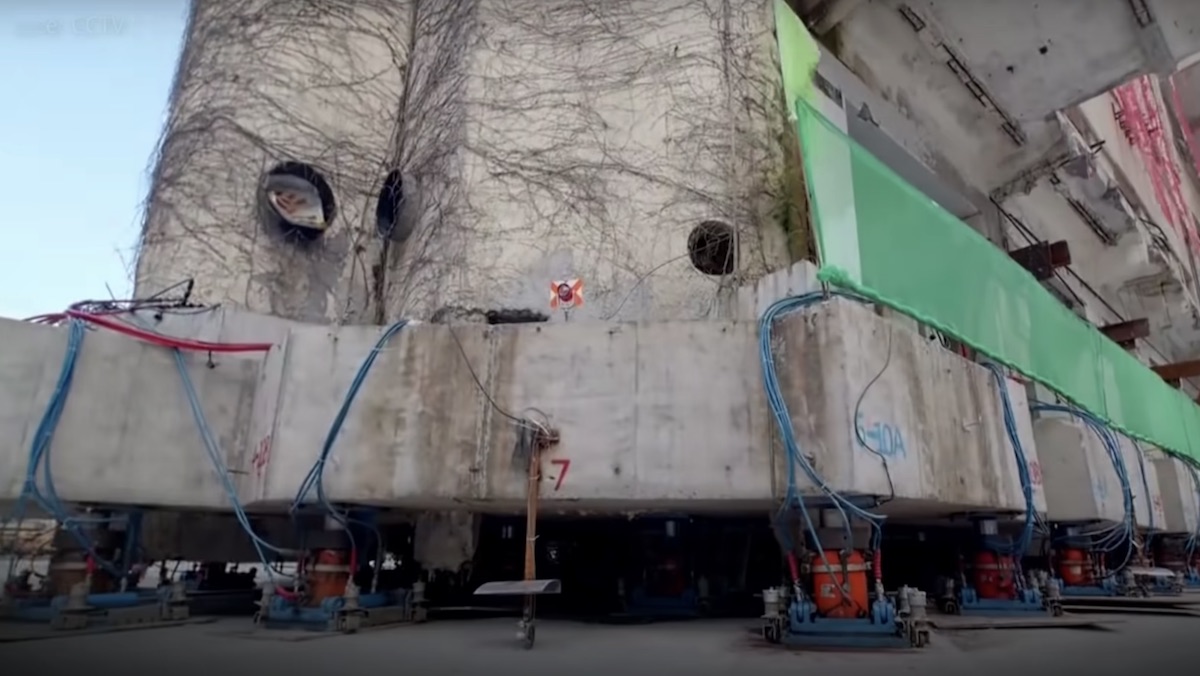 The school will also be getting an upgrade at its new location. The building is getting a massive renovation that will transform it into a giant center that integrates “cultural education and intangible heritage preservation.” We have an idea for the first lesson taught there: how modern technology gave new life—and legs—to an old school.

We doubt any students would want to walk out of that class.