What You Need to Know About SHADOW AND BONE - Nerdist

What You Need to Know About SHADOW AND BONE

Witches, soldiers, demons, orphans, love triangles, epic battles. The Grishaverse has it all. And we’re going to get to see it brought to life this year in Netflix’s adaptation of Leigh Bardugo’s beloved book series. Shadow and Bone boasts an impressive cast and is one of our most anticipated series of the year. But why? What is the Grishaverse? How is the show adapting the sprawling fantasy narrative? Will your favorite character be in the show? And why should this be at the top of your watch list? We’re here to answer all those questions and more.

Shadow and Bone is based on a series of bestselling books that just keeps growing. 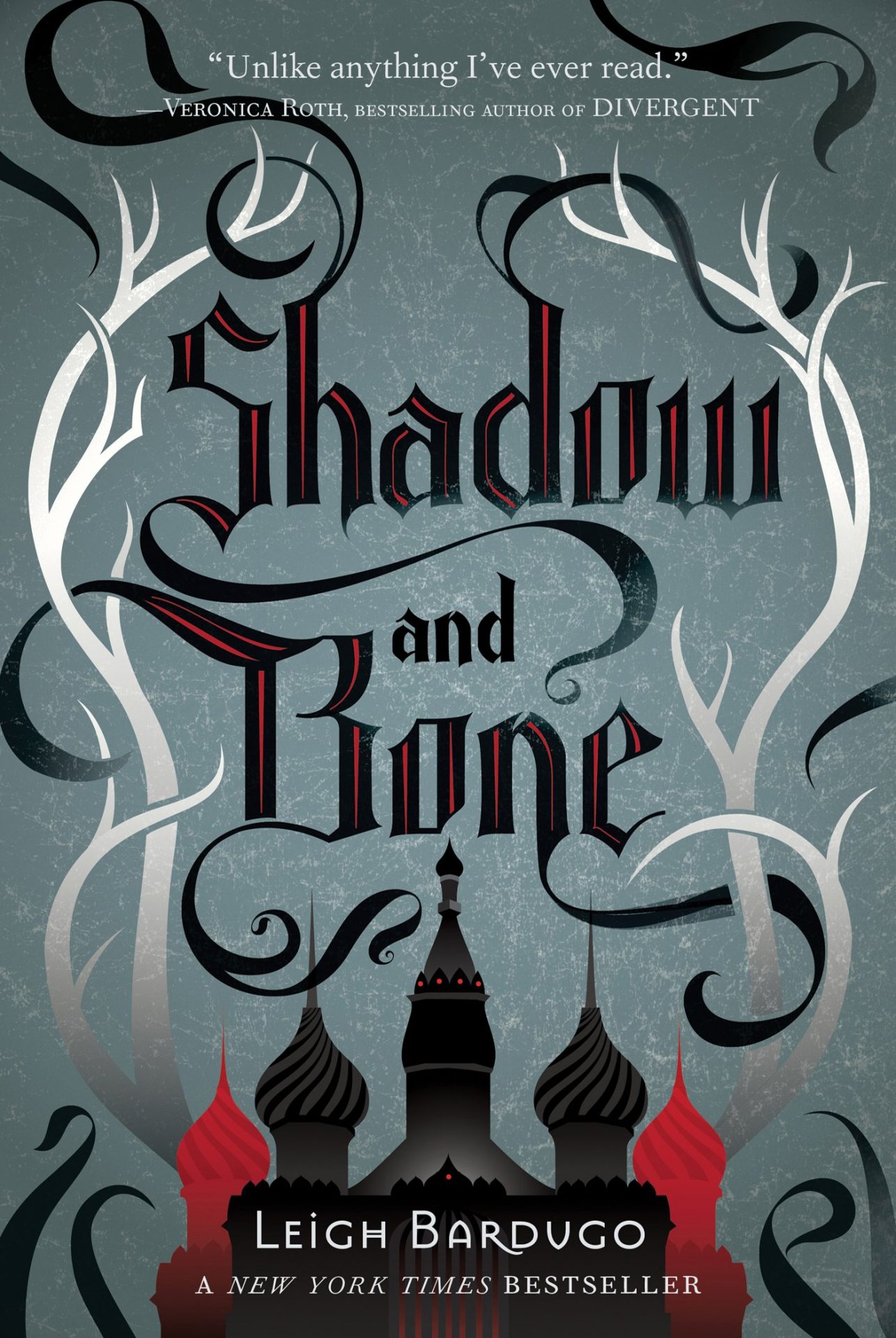 The original Grisha trilogy started with Shadow and Bone, followed by Siege and Storm, and ended with Ruin and Rising. But that was far from the end of the story. Since then Bardugo has built out the world in a unique and immersive way. The first extension of the Grishaverse was the Six of Crows duology. Then the King of Scars duology, which is about to wrap up with Ruin of Wolves. There are also two novellas, The Language of Thorns and The Demon in the Wood. Plus there’s The Lives of Saints, a companion book of stories about the Saints of the Grishaverse. As far as we know the first season of the Netflix series will only be adapting the Shadow and Bone trilogy, while working in characters from the Six of Crows duology.

And although it might seem overwhelming, this is the perfect time to dive into the books.

So what’s it about? 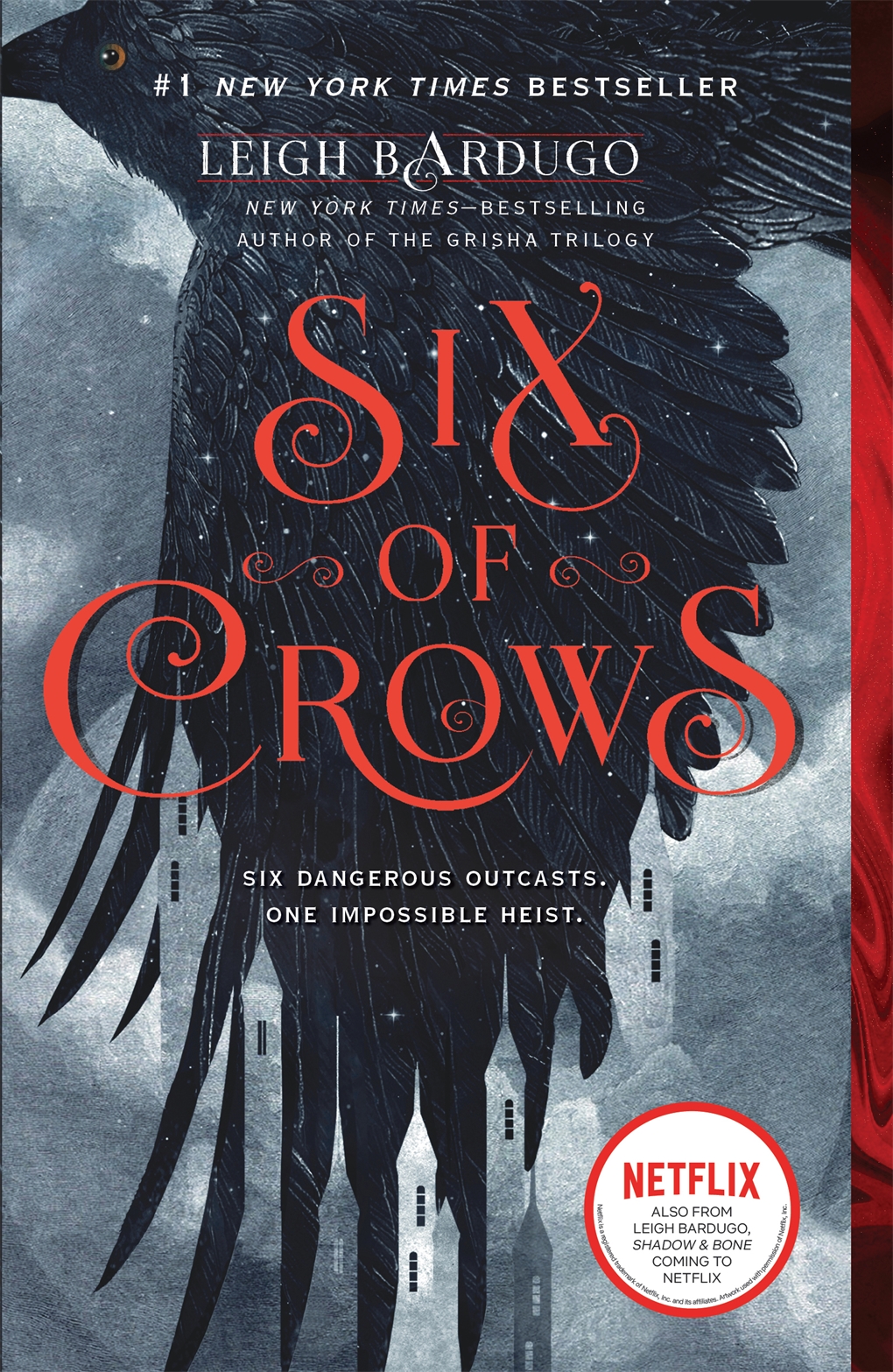 Shadow and Bone introduces us to a Slavic-inspired fantasy world where magic is real and those who can wield it are enlisted to serve the royal family. They’re known as Grisha. There are different orders of Grish including Healers, Heartrenders, Summoners, Tailors, and Fabrikators. The intimate tale of two orphans trying to survive introduces us into the dangerous world of Grisha political intrigue and magic. It makes for a dynamic read that never loses its human heart in the massive scope.

The Six of Crows duology takes place two years after the Shadow and Bone trilogy. It follows a group of young thieves on the heist of a lifetime. It also expands our understanding of how those outside the walls of the royal family view Grisha. Then the King of Scars duology centers on one of the breakout characters from the Shadow and Bone series as he deals with the horrific fallout from the core trilogy.

What makes the series so special? 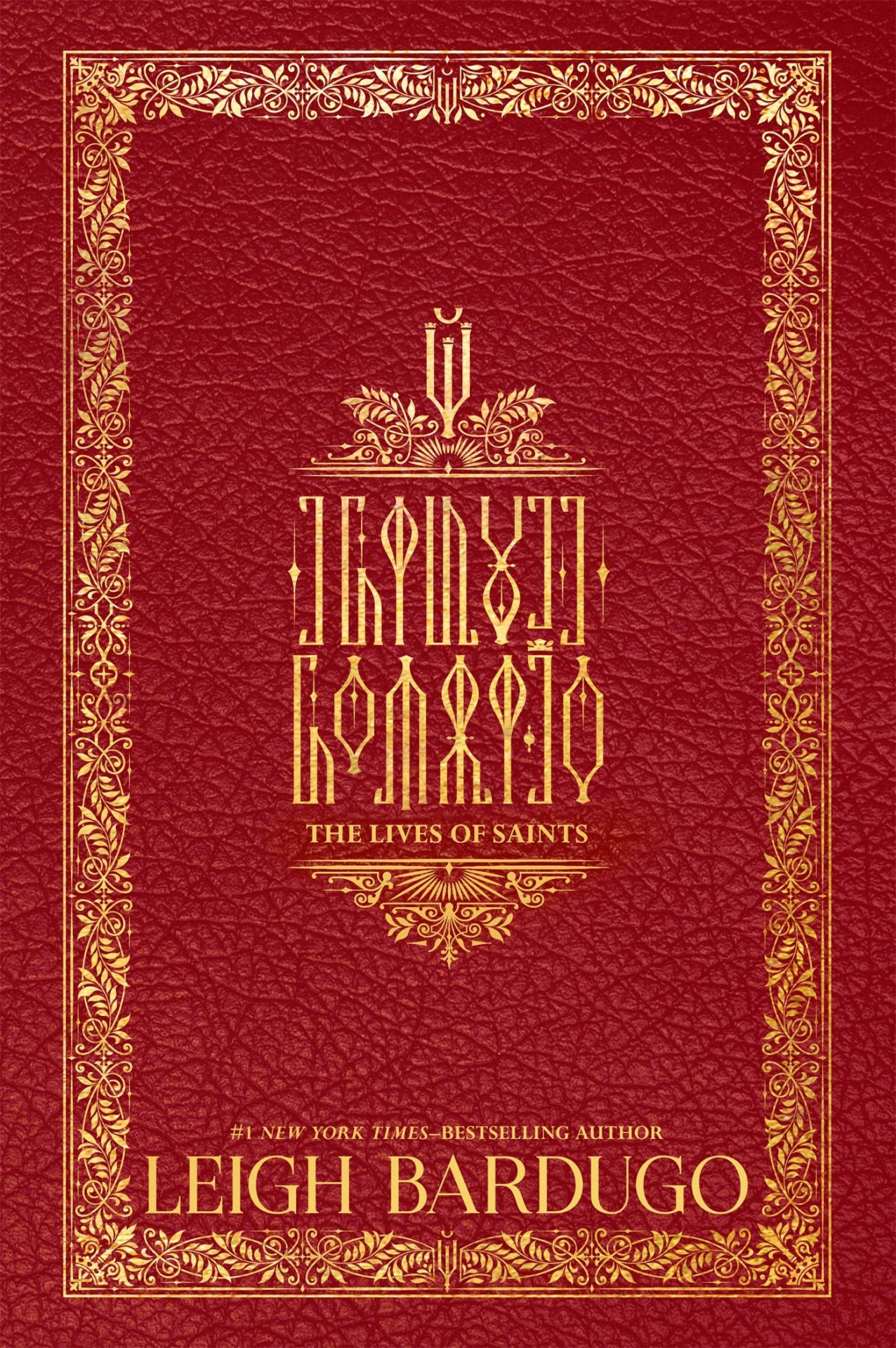 Bardugo crafts a fantasy world unlike any other. These are the kinds of books you can totally lose yourself in. Characters you can’t stop thinking about and fantastical creatures that you’ll wish you could seek out yourself fill the pages. She writes stories about hope, chosen family, and love. And they’re all engaging yarns with stakes and drama.

While the Shadow and Bone trilogy plays solidly in the high fantasy space, Bardugo’s an incredibly talented writer who has built out the world with heist and horror stories that add depth and complexity to the Grishaverse. There’s also the fact that each book centers around an engaging quest that will make you feel like an excited little kid on the adventure of a lifetime.

Who are the characters we care about? 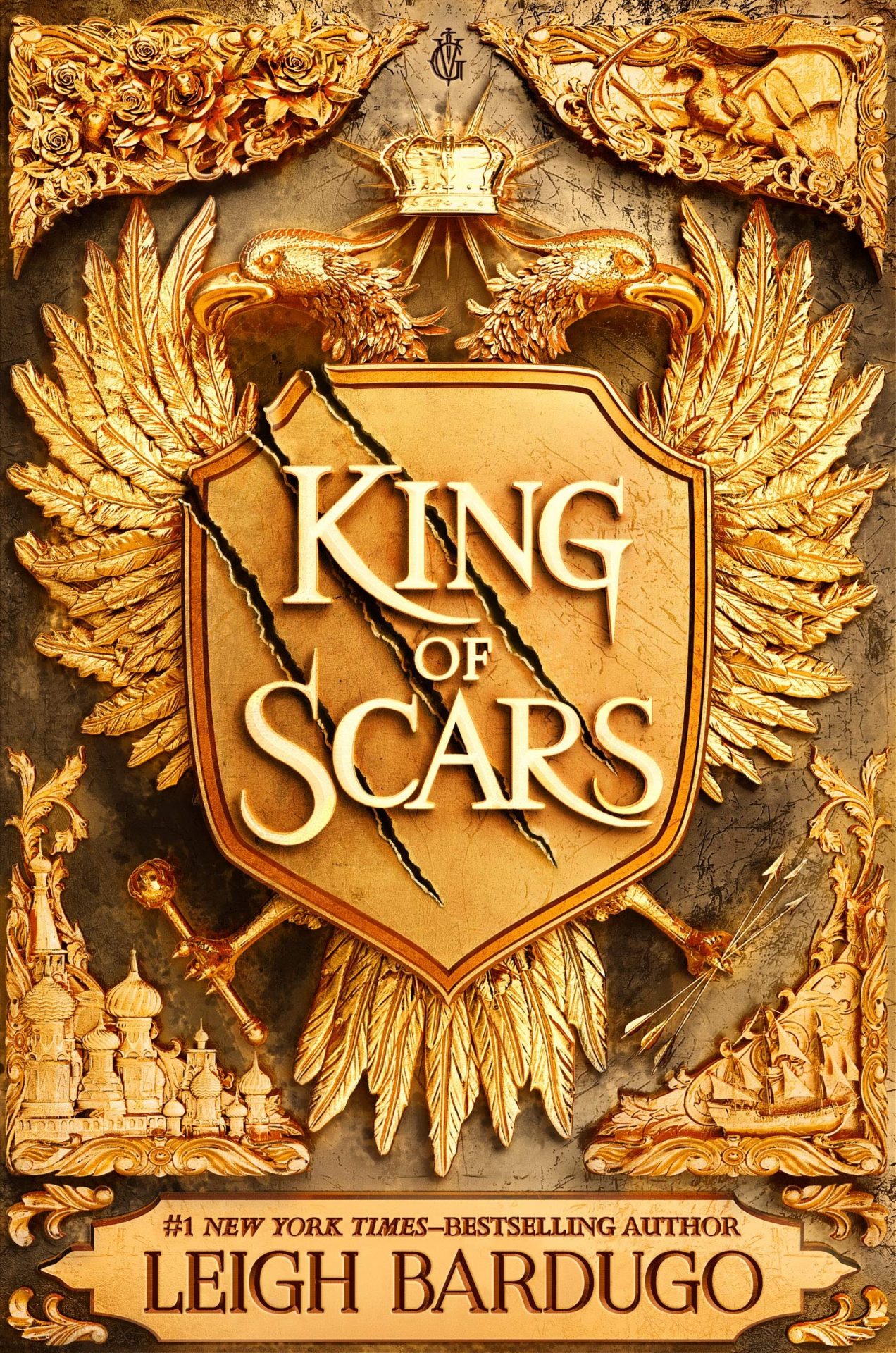 Each set of books features an impressive ensemble cast beginning with the original trilogy. Alina Starkov and Mal Oretsev lead Shadow and Bone. The two young orphans who grew up together and the army drafted them. But one of them is secretly a Grisha and when their powers are revealed both their lives change forever. The Shadow King is the leader of the Grisha army, a strange young man and general who becomes obsessed with the new Grisha’s powers. The trilogy also introduces: Nikolai Lantsov, an intelligent prince with a secret; Genya, a beautiful and powerful Grisha Tailor; Zoya, a cruel and masterful Grisha Summoner; and Tamar and Tolya, Grisha twins who both become a core part of Mal and Alina’s survival.

Six of Crows tells the story of Kaz Brekker, a terrifyingly brutal teen who runs a gang called The Dregs. When he faces an impossible heist he puts together a crew. Inej is a young acrobat he found on the streets of Ketterdam. Nina’s a Grisha Tailor. Jesper is a young gambler. Wylan is the son of a wealthy merchant. And Matthias is a Fjerdjan soldier who would rather be anywhere else. The reason these two stories and their characters are key is because they will be woven together for Netflix’s adaptation of Shadow and Bone.

Why are we so excited about the Netflix adaptation? 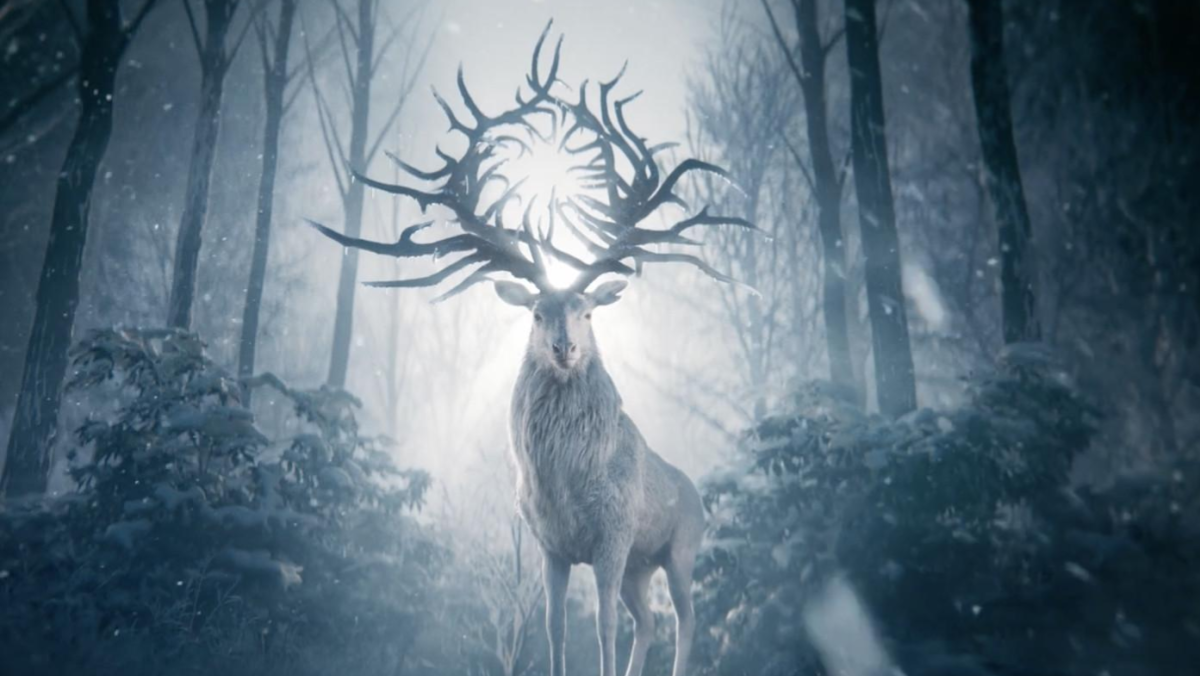 Aside from the fact that we’re huge fans of the book series, the show is doing something totally unexpected. While the series gets its name from first book in the original trilogy, it’s going to combine both Shadow and Bone and the later addition to the Grishaverse, Six of Crows. In a recent press release, author Bardugo shared a little more about the unexpected choice.

“We’ve taken the stories of Shadow and Bone and the characters of Six of Crows and we’ve brought them together in what I think will be a really unexpected way,” Bardugo explained. “Eric [Heisserer] and our writers’ room and our directors have built something entirely new that still somehow stays true to the characters and to the heart of the stories. And it wasn’t easy! Eric took two fantasy series—with powers and creatures and horrors and heists—and molded them into this cohesive, incredible thing. I don’t think I could’ve been more lucky in the person that we found to hand the keys over to. It wasn’t just the keys to a book or one series, it was a whole world I had been working on for the better part of my career. I didn’t do it lightly. I trusted him and I was right to trust him.”

How does that change the story?

This is an incredibly exciting decision. While Shadow and Bone is brilliant on its own, the characters from Six of Crows are wonderful. The chance to see Kaz, Inej, Jesper, Nina, and the rest hit screens so soon is incredibly exciting. Plus, it doesn’t seem like it would be too hard to combine the two stories. Six of Crows works as a standalone heist adventure that could easily be woven into the wider epic fantasy of Shadow and Bone. It also means we might get to see some of our favorite characters interact in a way they never got a chance to in the books.

We can’t wait for the show to hit Netflix in April and for Ruin of Wolves to hit shelves soon.