SERVANT Clip Sets Up the Season's Next Cult Conflict - Nerdist

SERVANT Clip Sets Up the Season’s Next Cult Conflict

Servant is one of the best, creepiest shows on TV right now. The M. Night Shyamalan-produced series will soon wrap its second season. And what a season it’s been! The show follows Dorothy (Lauren Ambrose) and Sean (Toby Kebbell) Turner, a married couple living in Philadelphia. In the first season, they hire a nanny Leanne Grayson (Nell Tiger Free) to look after their infant son, Jericho. However, we soon learn that Jericho actually died before Leanne’s arrival. Dorothy, stricken with grief, believes an unborn baby doll is her living son. But Leanne treats the doll version of Jericho like a real baby, much to the bafflement of Sean and Dorothy’s brother Julian (Rupert Grint). As we soon learn, that’s not the only strange thing about Leanne.

Warning: The rest of this post contains spoilers for Servant‘s second season.

It turns out, Leanne is the member of a religious cult called the Church of the Lesser Saints. Oh, and Jericho turned back into a live baby again. But is it the real Jericho? What’s really going on? Servant season two wraps up next week, and we’re sure to get more big answers then. But this week it’s the penultimate episode, which will deal with a more immediate topic: the death of Leanne’s creepy uncle and cult member George. In this exclusive preview clip for episode nine—titled “Goose”—we see Leanne and Sean in the Turner family kitchen, with Leanne being cagey about what happened to George.

“My uncle left,” Leanne says. “He’s not coming back.” It’s not a full lie; George was hit by a car and seemingly killed last week. But life is a funny thing on Servant. Not everyone stays dead. And before he went, George teased that “she” was coming for Leanne. Leanne assumed he was referring to her Aunt May, the leader of the Church of the Lesser Saints. But George says it isn’t May Leanne should be worried about. So who is this mysterious “she,” and what does she want?

We’ll see how this all comes to a head when “Goose” lands on Apple TV+ this Friday. The second season of Servant concludes on March 19 with an episode titled “Josephine.” And a super fun fact: Ishana Night Shyamalan, daughter of M. Night, wrote and directed the finale. It’s the second episode of the season that the 21-year-old helmed, after episode three, titled “Pizza.” 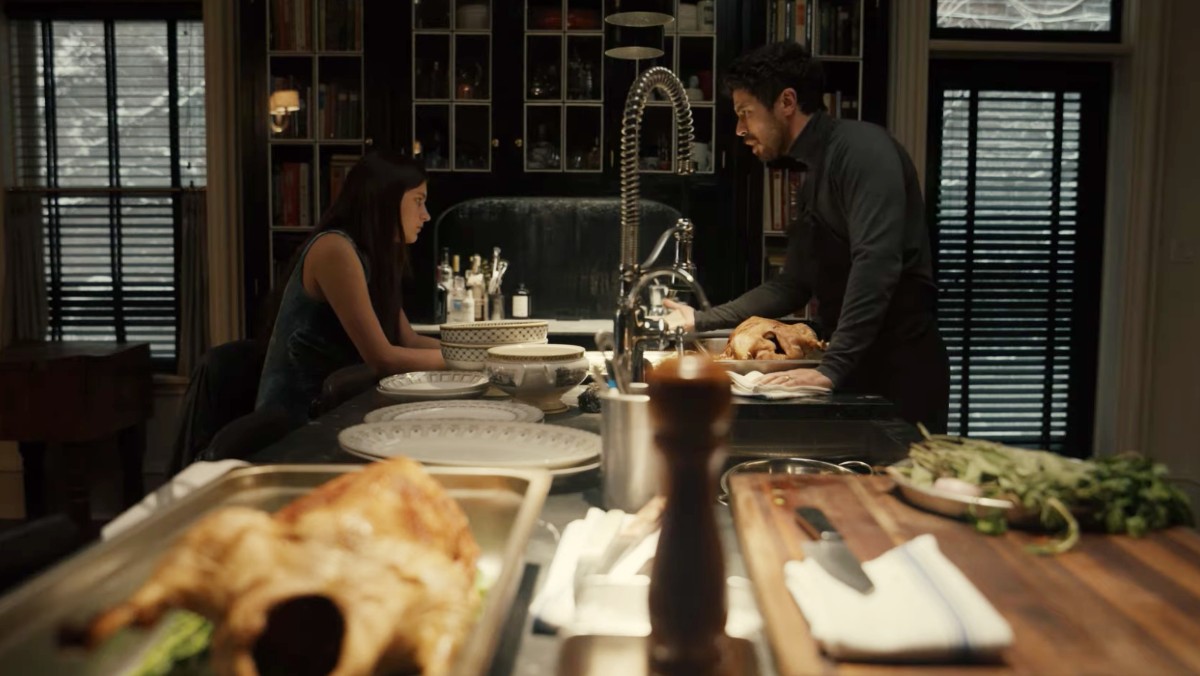 Nimród Antal directed “Goose,” and Tony Basgallop and Nina Braddock wrote the script. We’re excited to see how their episode sets us up for Servant‘s second season finale.