“When you control the mail, you control… information.” Newman’s threat about how much power the United States Postal Service wields used to be funny. Unfortunately, in 2020 it’s not nearly as humorous. We’re all learning just how important mail delivery really. Millions of Americans are depending on the country’s most popular agency to safely cast ballots in this year’s presidential election. But it’s not the great men and women of the USPS who are causing problems. They’re doing everything they can to combat the nefarious forces conspiring against our democracy. And their most famous (fictional) employee has a message for anyone worried citizens. Seinfeld‘s Wayne Knight returned to his iconic role in a new ad dedicated to getting out the vote.

He’s back in postal blue to reassure us we can depend on mail carriers everywhere. Of course, if you mailed some tax returns you don’t want anyone to see you might not like them as much.

Knight resurrected his famous character as Jerry’s neighbor and sworn enemy for a fantastic video from PACRONYM, a digital-only campaign that targets key voters in important battleground states. In the hilarious video, Newman calls out a certain Donnie in the Oval Office, and his hand-picked Post Master General. They have been undermining mail delivery in an apparent attempt to sow distrust in the Postal Service and possibly prevent ballots from being counted.

But while a hungry Newman is still not the best mail carrier in the country, he knows the power of the Postal Service. We can still trust the amazing people who work there to overcome any efforts to interfere in the election. Because as he says, “The only person who can slow down the mail is a mailman.” 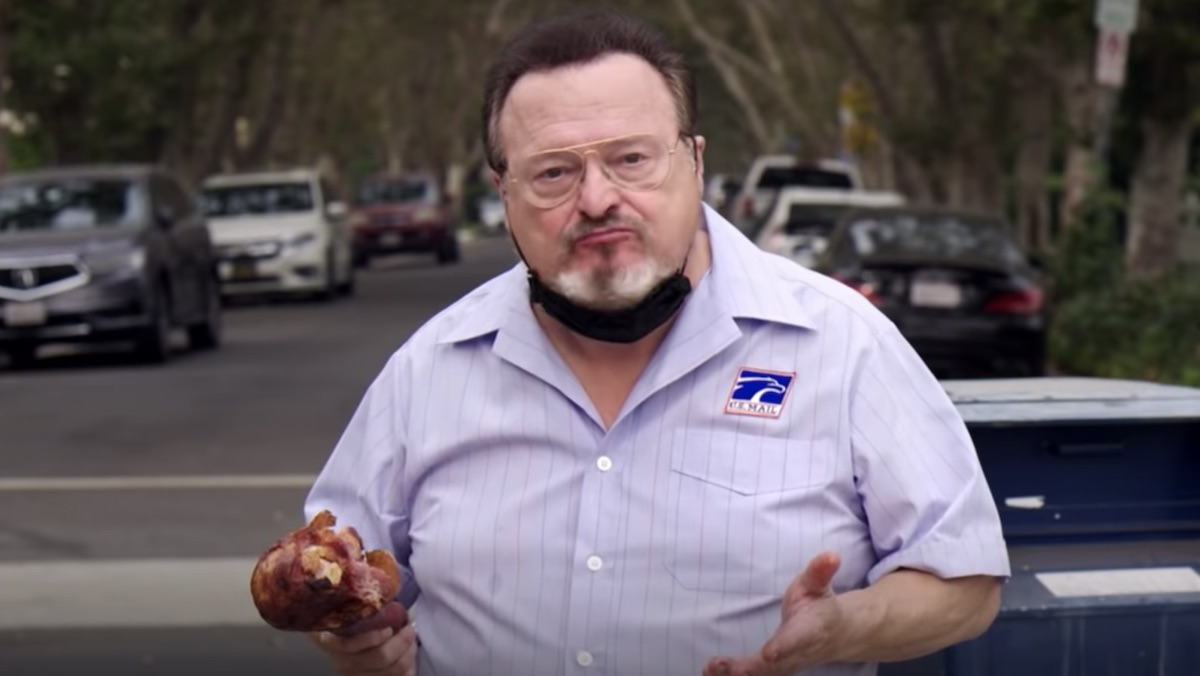 Damn right. The United States Postal Service does control information, including who we want in charge of it the next four years.