Seek Out Old School RPG Adventure In The Forbidden Lands

For many fantasy fans, Lord of the Rings is the main inspiration for tabletop adventure, with bold magic, wonderful creatures and epic heroism. The creators of Dungeons & Dragons did take some inspiration from Tolkien but there were other sources that factored into the feel of the game. Robert E. Howard’s Conan stories and Fritz Lieber’s Lankhmar tales gave early editions of D&D  a sense of strangeness mixed with the protagonists barely scrabbling together a life by raiding tombs and scooping up treasure. This contrast of high fantasy and low lives is most often seen in OSR games that try to mimic old D&D adventures such as Dungeon Crawl Classics. Swedish tabletop design house Free League Publishing has thrown its own dented helmet into the ring of gritty fantasy with the release of the Forbidden Lands boxed set this year. The game is an attempt to capture the throwback feel of older gaming while looking at the rules and story from a modern perspective. 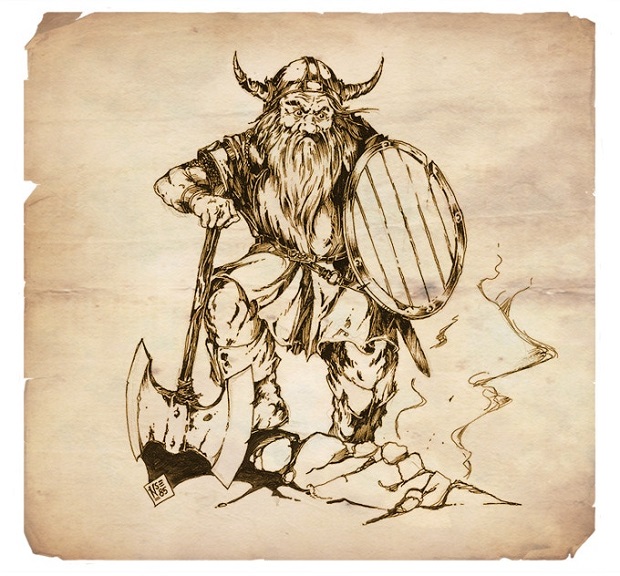 Fans of Free League’s other excellent games such at Mutant: Year Zero or Tales From The Loop will recognize the basic system that powers the game. Players assemble a dice pool consisting of an ability, a skill and a gear bonus looking for 6s to use as successes. The game tweaks this basic formula for dark fantasy in a few ways. Magic users power their spells through Willpower, which is most easily gained when players push their rolls to the edge of failure. Combat can also be run using a set of cards that offer a more detailed dueling mechanic where players have to choose types of attacks and script combats beyond just saying “I hit the orc”. Finally, magic items can add higher die types to a roll, giving a better chance at multiple successes to allow for more player input on the storyline. 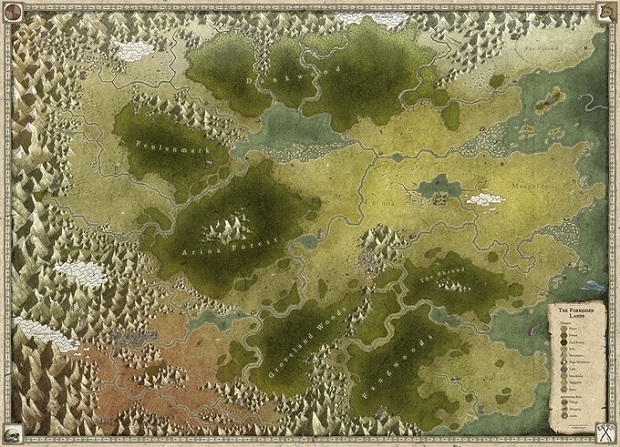 The game is setup as a “sandbox” campaign where the players are free to roam the map and discover their own story. The boxed set comes with a gorgeous map that the players are expected to modify with their own notes and stickers to tell their stories about exploring the Forbidden Lands. A blood mist has covered the Forbidden Lands for the past 3oo years as suddenly dried up. The mist was part of a terrible war over who controlled the area with nobody keeping their hands clean during the conflict. Players set out to explore the changed landscape, discover what happened to the big players during the war and perhaps even settling down and building their own stronghold to become influential figures of their own.

I love the tension between the exploratory and the base building gameplay. It feels a little like a cross between Skyrim and The Sims. Players want cool features for their base, so they head out into the unknown for adventures and loot, which they bring back to spend on building stuff and attracting NPCs, who offer more quests and history, and the cycle begins again. The book offers a neat storyline to explore but even players who aren’t interested will find the exploration and construction cycle compelling.

The storyline elements are also handled very deftly. The history chapter starts with a page-long summary that GMs should know and can hand off to their players to read. There’s some good stuff in the history chapter but it is completely optional to read, After that, the game takes care of itself. GMs are encouraged to pass on snippets of legends through small handouts passed out during rests as the players tell stories they heard while they heal and regroup. This is an amazing way to feed lore to players without expecting them to read tons of books and gives players who like to act a little bit let out their Method side when reading a tale or two. 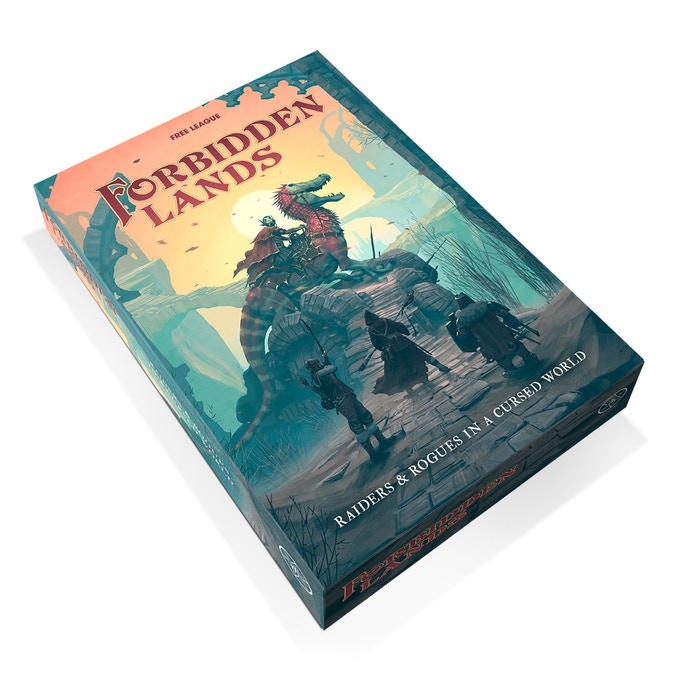 Tables looking for more structure will find it in the two supplements coming out for the game. The Spire of Quetzal offers a collection of adventures written by some of the big names in the OSR movement. They show that the dungeons of Forbidden Lands aren’t the usual dry maps, but places with vibrant NPCs complicating the PCs search for loot. These sites include everything from a dinosaur graveyard stalked by a tribe of orcs to the titular tower comprised of the dreams of a sleeping demon. Raven’s Purge focuses in on the world details from the main boxed set. It offers a main quest line for those GMs who don’t want to leave it up to the fate of the random encounters of the boxed set. It also details each of the big NPCs of the setting, with suggestions on how to make each one the Big Bad for the epic tale of the Forbidden Lands.

Forbidden Lands is available through Free League‘s website or Friendly Local Game Stores everywhere. For fans of grittier fantasy like Conan or Game of Thrones, it’s a great way to explore and conquer a setting that old school AND new school gamers will love.

A pirate’s life for me

Rob Wieland is an author, game designer (Star Wars RPG, Firefly RPG, Camelot Trigger) and professional nerd. who occasionally tweets and livestreams RPGs with the Theatre of the Mind Players while his meat body resides in scenic Milwaukee, W