Watch THE SECRET OF NIMH With the Nerdist Team - Nerdist

Watch THE SECRET OF NIMH With the Nerdist Team

As we’re moving into, for a lot of us, our eighth week in quarantine, many have decided to revert to children. What better way to keep sane than to revisit stuff you loved as a kid? We’ve been doing that as much as possible, and we’re translating it to our weekly Watchalongs on Twitter. We call them “Nerdist From Home” and we’ve been doing them for two months now. For this week, we put up a poll as to which of three classic children’s movies scared us the most; The Secret of NIMH, The Brave Little Toaster, or Little Nemo: Adventures in Slumberland. 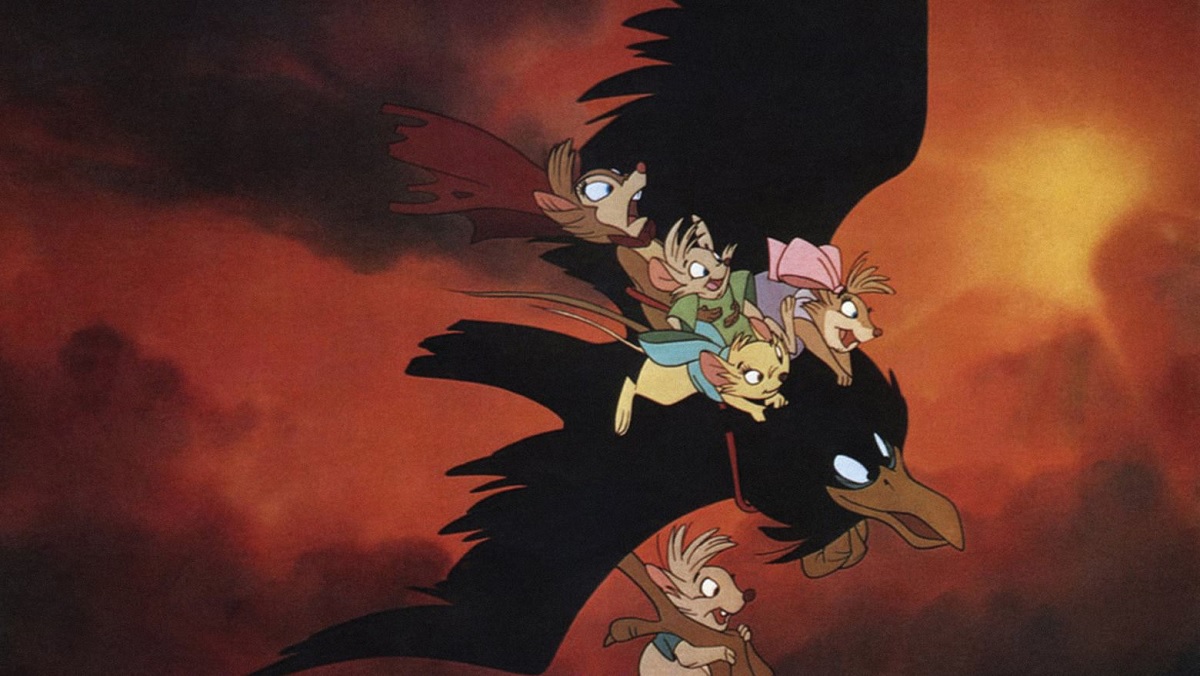 The Secret of NIMH came out on top! Don Bluth’s 1982 adaptation of Robert C. O’Brien’s 1971 novel Mrs. Frisby and the Rats of NIMH, the film is still one of the scariest animated family movies ever made. The Great Owl, friends. The Great Owl. It’s one of the most visually striking and fascinating fantasy movies out there. It plays out very much like a high adventure; Mrs. Brisby goes on a quest and there are evil knights, a mythic land, and even a cat named Dragon. But it takes a hard turn into science fiction by the end. Finding out what “NIMH” means is quite a moment.

It all happens this Friday, May 15, at 5 p.m. PT. Follow along on Twitter with the hashtag #NerdistFromHome. We always have such a good time tweeting about these movies we love. In our recent tweetalongs of The Princess Bride and the animated The Hobbit, we enjoyed the romance and the swashbuckling. That will likely continue for The Secret of NIMH. Speaking personally, I haven’t seen this movie in forever, so it’ll be really fun to revisit, hopefully with all of you!

You can currently watch The Secret of NIMH for free with ads on YouTube. That’s how we’ll be watching, but you can also rent on Amazon, watch on Pluto TV, or do whatever else you want! Just make sure it’s teed up and ready to go by 5pm!