This is breaking news worthy of Gale Weathers. Literally. Courteney Cox has confirmed she will return to the Scream franchise for the fifth film in the series. She will reprise her role as the ambitious reporter who has never been able to escape the many Ghostface killers who have terrorized the people of Woodsboro, California. 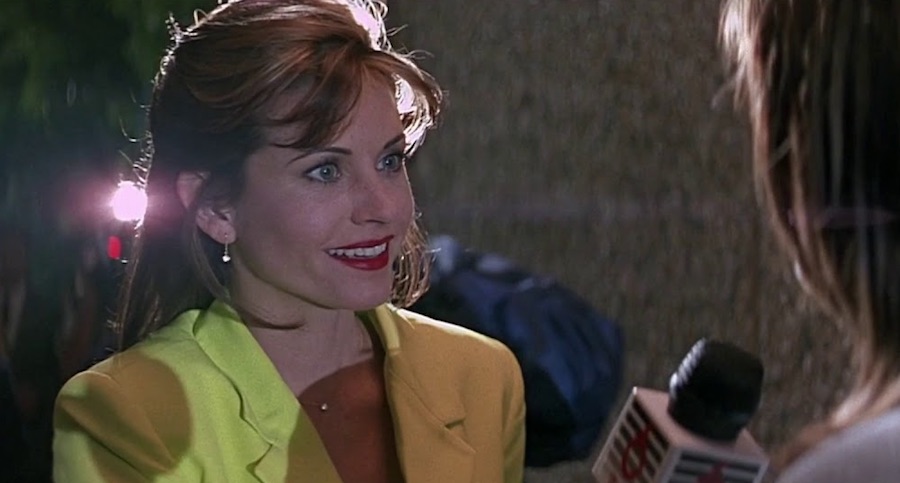 Deadline first reported that Cox, who has appeared in all four Scream movies, will return once again to play Gale Weathers. The character changed her name in the most recent movie to Weathers-Riley after marrying police officer turned detective Dewey Riley. Cox’s real-life ex-husband David Arquette plays Dewey. He is also returning for Scream 5, the first movie in the series since 2011. It’s also the first since the two divorced in 2013. It’s unknown what the characters’ relationship will be in the film.

Cox confirmed the casting news herself with an Instagram video. It features the iconic Ghostface mask with the message, “I can’t wait to see this face again.”

The Hollywood Reporter first reported in March that the franchise was receiving a reboot. Ready or Not directors Matthew Bettinelli-Olpin and Tyler Gillett of Radio Silence will lead the film. James Vanderbilt (Amazing Spider-Man) and Guy Busick (Castle Rock) are writing the script.

Radio Silence told Deadline they couldn’t “imagine Scream without the iconic Gale Weathers and are so incredibly thrilled and humbled to have the opportunity to work with Courteney.” Fans of the franchise will certainly agree. Cox has been one of the three staples of the first four films, along with Arquette and main star Neve Campbell, who plays Sidney Prescott.

Campbell has not reached a deal yet to return, and there’s no guarantee she will. But this latest casting news is a good sign for those (like us) who are hopeful that she’ll be back. Especially since Scream 4 is wildly underrated and deserves a sequel. And if Campbell does return we know one reporter who will think its big news too.