Not everyone is slowing down during this pandemic. Scott Snyder (Dark Knights: Death Metal, WYTCHES)  just ended his epic run on DC Comics Dark Knight Death Metal last month with Greg Capullo and this week has just dropped Nocterra. The new “high-octane” Image Comic written by Snyder, with art by Tony S. Daniels (Batman, Deathstroke), is a Mad Max vampire-zombie-horror-adventure story. The Earth as it exists in Nocterra is mysteriously blanketed by constant nightfall for over a decade. As nature abhors a vacuum, she begins to adapt. The darkness alters the DNA of any living organism out of direct light for longer than 10 hours into “shades.” 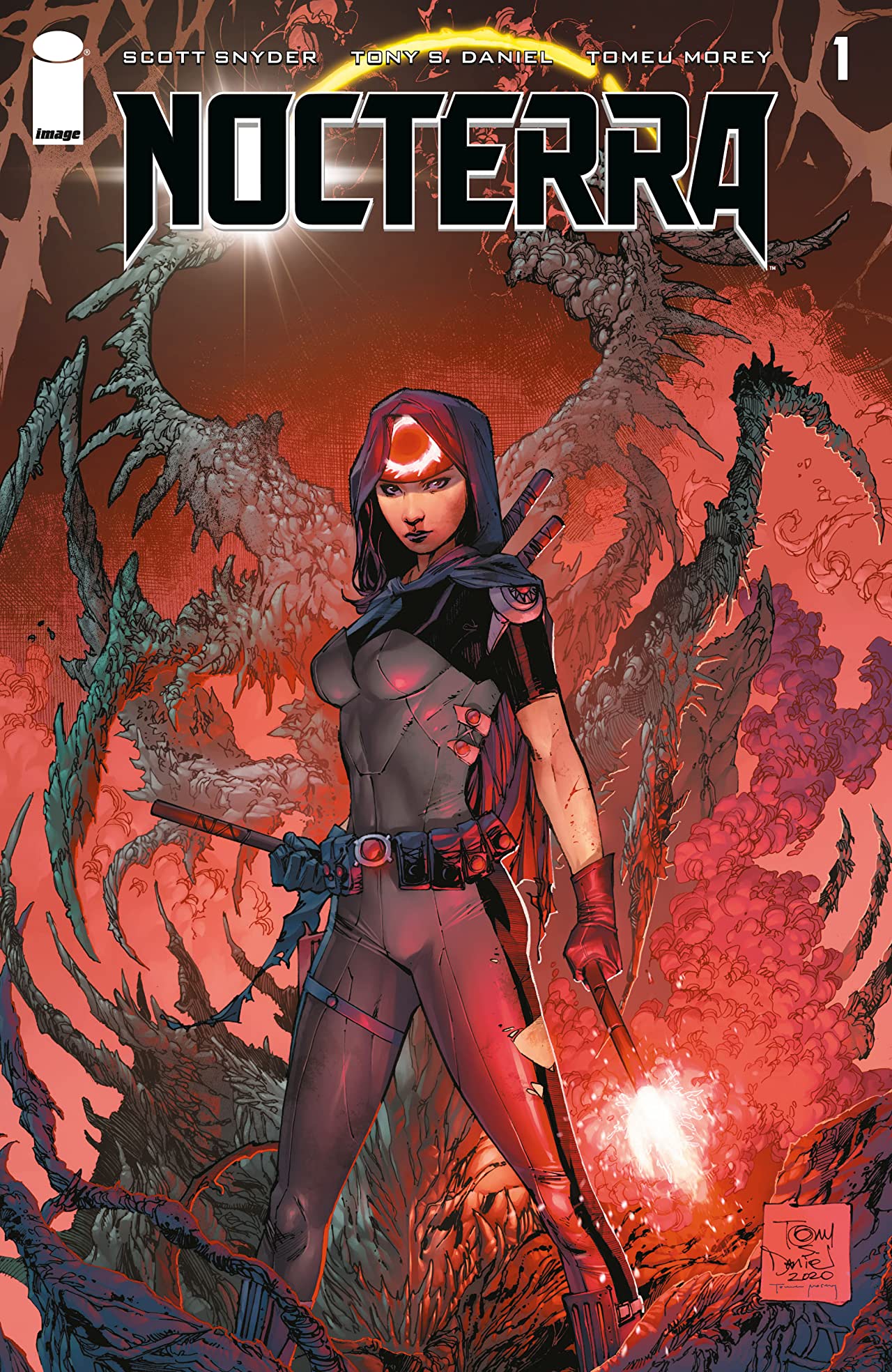 ”Plants, fish, animals all turn a monstrous version of themselves.” says Snyder. “It mutates you into these predatory, monstrous beings that devour anything in their path.” This is the world in which we find Valentina Riggs, a “ferryman” with an 18 wheeler and low-grade PTSD sprinkled with snark and wrapped in a short temper. She transports goods and people through the darkness to refineries that still have the resources to shelter what’s left of the human race across the post-apocalyptic landscape. “I’ve always loved the idea of American subcultures and the idea of this sort of truck culture. But reinventing it in a way that would make it more post-apocalyptic, with macabre gallows humor to it.” 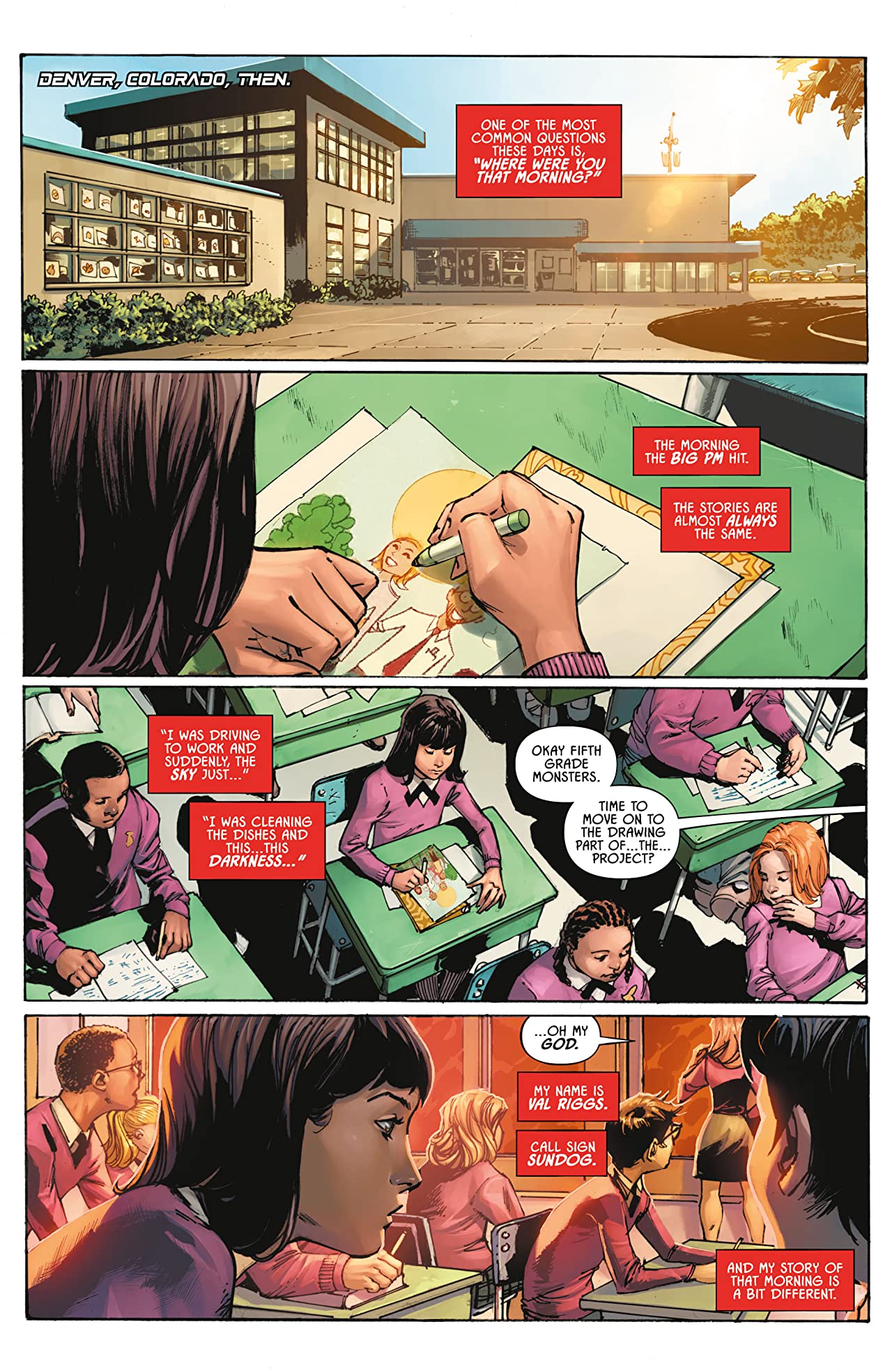 Typically, Image Creators work on an advance against royalties. However, Nocterra is the result of a successful Kickstarter campaign-a first for Snyder. He and Daniels decided to crowdfund last August because, although they had committed to Image before the pandemic and the subsequent shutdown, they wanted a way to connect with fans.

“We felt the best option was to create something with a connection and give people the collaborative process as it evolved,” Snyder says. “If you pick up the Kickstarter, and then you pick up the issue, the issue is quite different, in terms of color, obviously, but it’s also the lettering and the dialogue are different as the project evolved and I adjusted to art that Tony made.” The campaign succeeded, reaching its $40K goal the first day. It ultimately made over $200,000 by the campaign’s end. Enough to cover the first eight issues of Nocterra, plus the premiere of the new comic Chain self-published on Snyder’s own imprint Best Jacket. 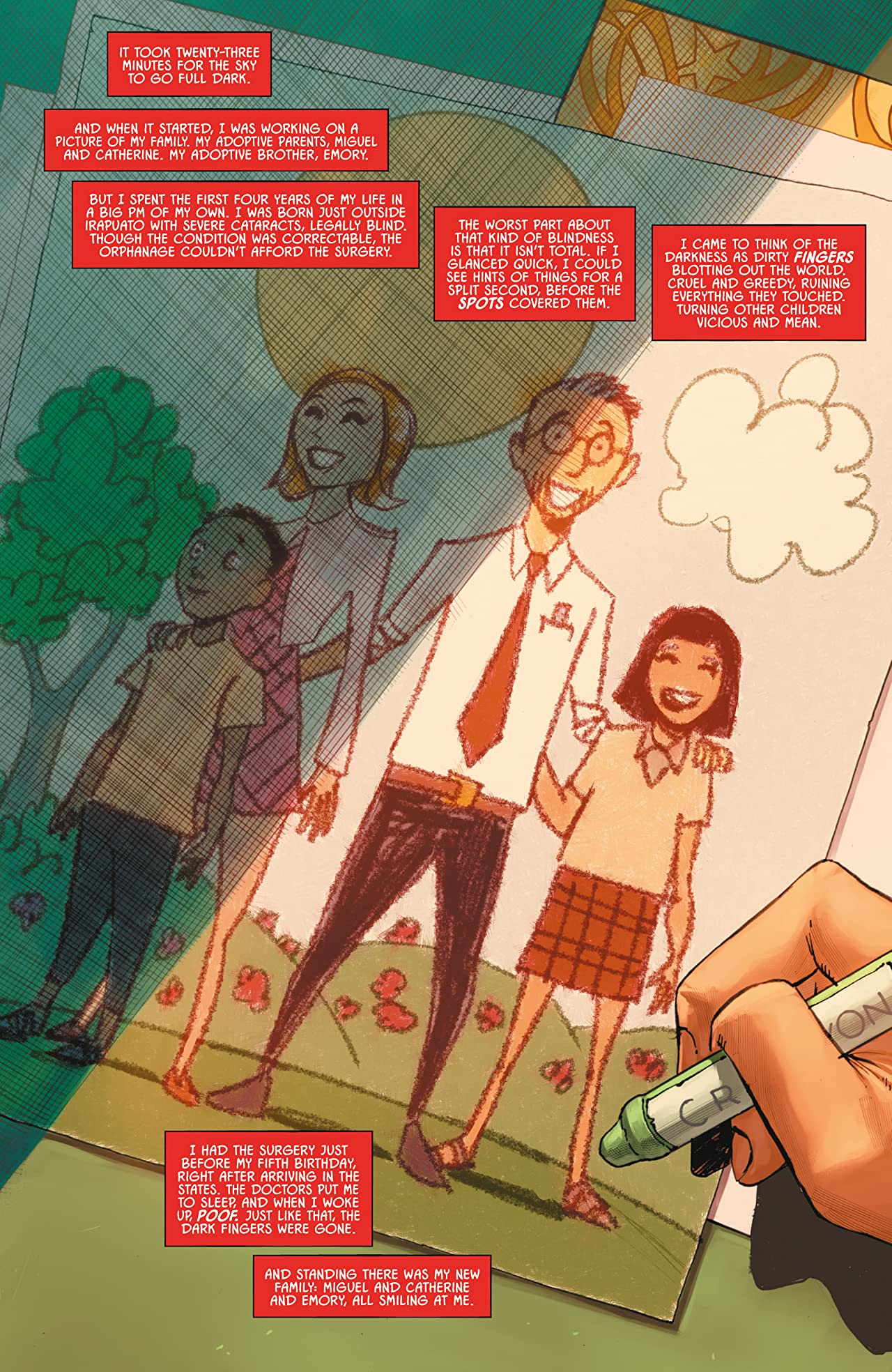 Like Snyder’s Wytches was inspired by the natural fear any parent has for their children, the concept of Nocterra’s storyline is from Snyder’s own fear of the dark as a child. “When I was about my son’s age, I had a real acute fear of the dark,” Snyder remembers. “I think as I got older, I started to realize it wasn’t really a fear of the dark so much, as it was anxiety. I wanted to do a book where the dark actually is as scary as you fear it was a kid. Where it transforms.”

And transform it does. The human shades, the apex predator in the rapid evolution depicted in Nocterra, are the most terrifying of the lot. Both capable of complex thought and speech as well as incomprehensible violence. “It’s literally about a darkness that keeps people apart and changes them into things that are monstrous and unrecognizable to each other,” Snyder says. The comparisons to the pandemic and our new reality are impossible to miss; however, the concept existed long before the unrest of 2020. 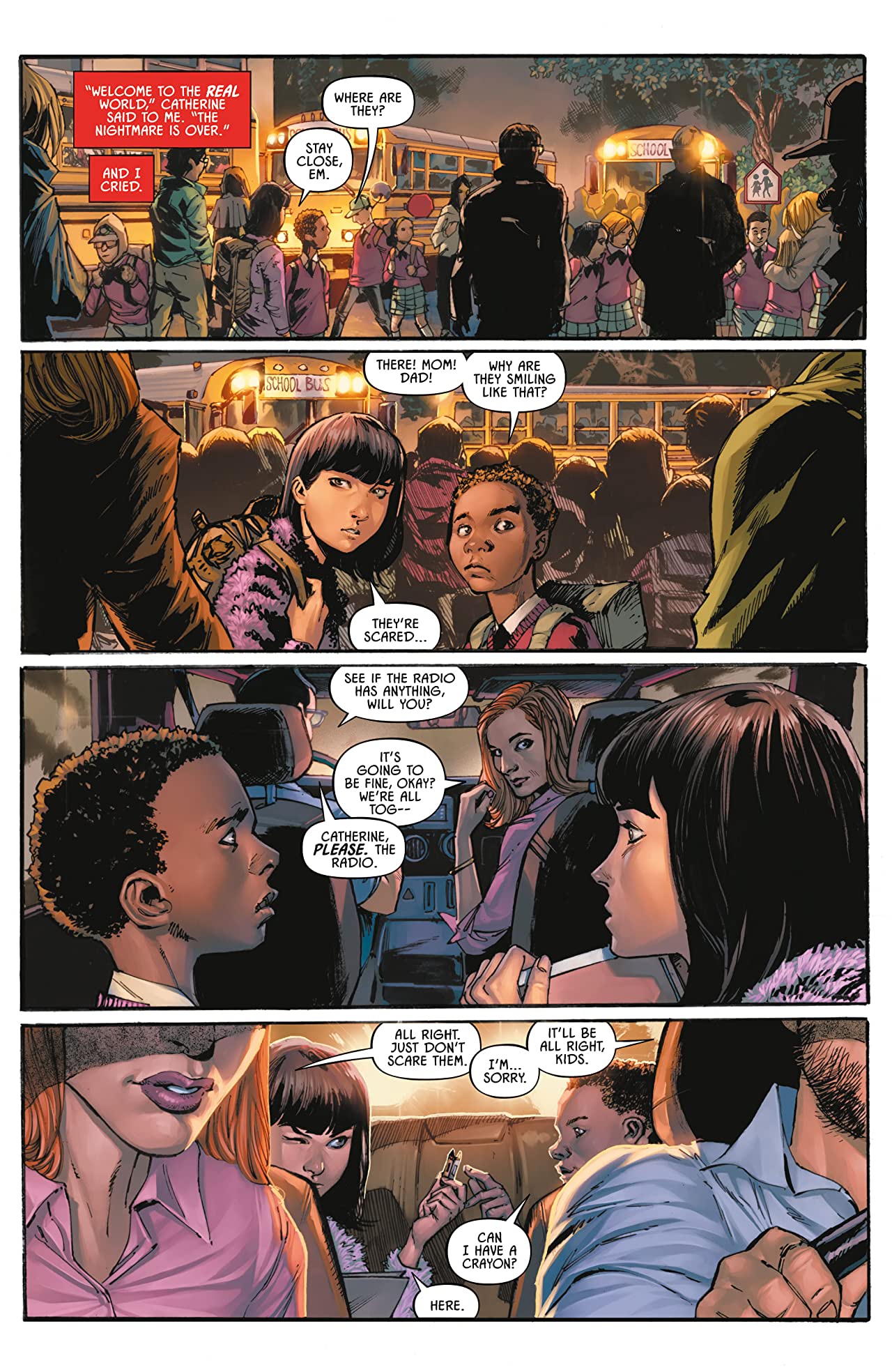 Val has been orphaned twice. Her earliest memories are of an orphanage in China; legally blind as a child, slowly watching the edges of her world turn dark. Eventually, a couple adopts her and brings her to America to receive corrective surgery. Her adopted parents didn’t survive the “event,” and years later, she and her brother Emory are making due at one of the last remaining lit outputs with a thriving human population.

“With each of the books that we’re doing for Best Jacket, I’m trying to create characters that are a blend of my co-creators, backgrounds, and mine,” Snyder explains. “My childhood fear of the dark is part of it, but what Tony brought to her, as a father with daughters, is hopefulness and protectiveness. So we developed her brother”.

Life is dangerous on the roads, any truck that breaks down is a death sentence for the passengers, but with high risk comes high reward, and Val hopes to earn enough money to buy the basest of necessities. Light. “In this world, halide or Xenon arc lamps are so rare they’re like gold. Because if you get one, the belief is that it can reverse the shade “infection” if it’s caught early enough.” Explains Snyder. So when Val meets a traveler that requests passage to one of the last known human sanctuaries, she jumps at the chance. The sanctuaries, rumored to have solar stimulators that can mimic sunlight, might just save their lives.

They just have to survive the trip.

Daniel’s organic diversity of the characters and the juxtaposition of the shade attacks with thoughtful moments between Val and Emory will draw you in.  “I always knew that I wanted Tony on this project,” Snyder says. “I spoke to him about the book over two years ago. When I felt the story had the muscularity and the kind of bombast that his work really speaks to. But at the same time, it was emotional and had world-building. So I just thought it’d be a good fit for him.” Add to that colorist Tony Meura’s punched-up pinks and reds, And World Design colored lettering and you won’t be able to put this one down.

“It’s a dream to get to work with a genuine friend on something that you’re making from scratch.”