A team of researchers in the UK says it’s trained a cohort of people to use echolocation. The researchers included in their study both people with full vision and people with serious visual impairments, and found they could train both groups to use tongue clicks as a kind of sonar. The findings, the researchers say, may help blind people better maneuver the world around them.

Design Taxi reported on the echolocation study, which its authors recently published in the journal PLOS ONE. Lore Thaler, an experimental psychologist at Durham University, led the researchers, and recently spoke with Gizmodo about her team’s findings.

People with #VisionLoss can learn to echolocate like #bats in just 10 weeks, according to research by Liam Norman, Lore Thaler, and colleagues at @durham_uni.

Thaler and her colleagues included in their study 14 individuals with complete vision, as well as 12 people who lost their sight early in their lives. (The participants consisted of people between the ages of 21 to 79.) The researchers then put participants through 20 training sessions over 10 weeks; during which time they learned how to use tongue clicks as sonar to echolocate objects around them.

In the unrelated BBC video above, echolocation expert and president of World Access for the Blind (WAFTB), Daniel Kish, shows how to use tongue clicks to locate objects. Kish, whose research appears in multiple citations in Thaler’s work, lost his sight early, and developed this method on his own. He’s so good at echolocation, in fact, he’s able to ride a bicycle using it.

As for the results of the study, which saw participants deploy Kish-like clicks, it seems outcomes were largely positive. A survey of the study’s blind participants found the echolocation technique improved their mobility; even three months after the end of the trial. Eighty-three percent of blind participants also felt more independent doing everyday activities. 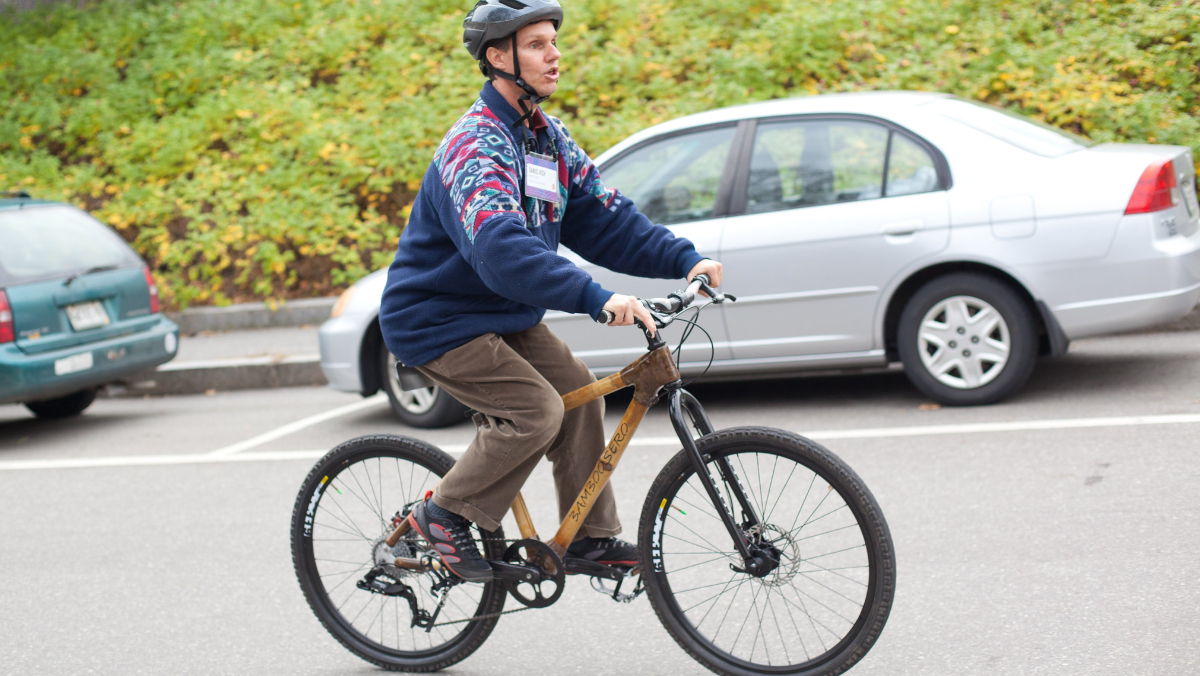 Incredibly, it seems people with complete vision can also become quite competent at echolocating objects with tongue clicks. They, likewise, were able to maneuver surprisingly well when researchers negated their sight. Which means anyone can become a Daredevil of sorts. At least if they’re willing to work hard for a few months. Until all the teachings click into place.