As scientists continue to peer into the great unknown that is the deep sea, strange creatures, like so many water-type Pokémon, keep appearing. Now, a team of marine biologists and geologists has found more bizarre, mysterious sea life; this time, nearly 3,000 feet below an antarctic ice shelf. And it may reshape our conception of the way life works in frigid, lightless places.

Wired reported on the discovery, which a team at the British Antarctic Survey (BAS) recently announced. The team, led by marine biologist Dr. Huw Griffiths, found the new life more than half a mile beneath the Filchner-Ronne Ice Shelf in the Southern Ocean. The team was performing a survey 160 miles inland from their ships when they stumbled upon the surprising sea life.

“We were expecting to retrieve a sediment core from under the ice shelf, so it came as a bit of a surprise when we hit the boulder and saw from the video footage that there were animals living on it,” Dr. James Smith, a biologist at BAS and co-author of the study describing the finding (published in the journal, Frontiers in Marine Science), said in a press release. Those animals, the scientists say, consist of sponges, some of which are likely new species.

“This discovery is one of those fortunate accidents that pushes ideas in a different direction and shows us that #Antarctic marine life is incredibly special and amazingly adapted to a frozen world,” says BAS scientist @griffiths_huw

In the video up top, Griffiths says the discovery is significant because scientists never expected these types of animals— filter feeders that eat by straining food particles from water—at this extraordinary depth. Griffiths also says this rock of life is in near freezing-temperature water. And that it’s more than 930 miles upstream from the closest source of photosynthetic life. 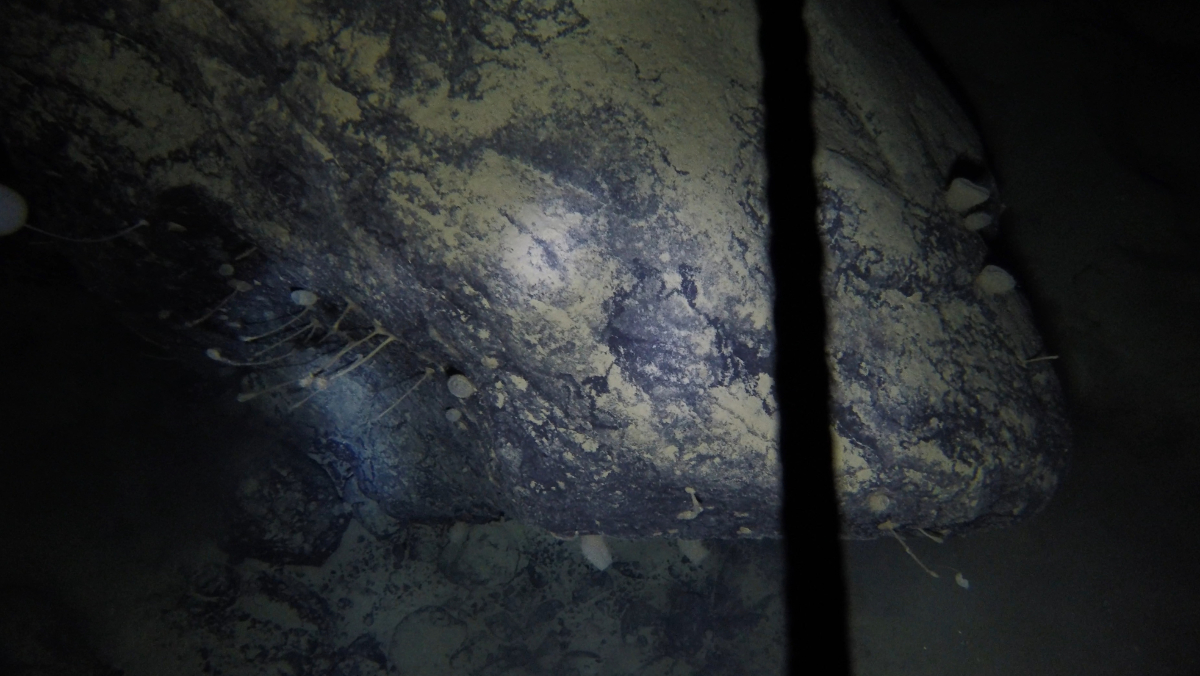 Now, the challenge for Griffiths and his colleagues is to study these deep-sea creatures up-close, and at length; i.e. in a way that isn’t accidental. For that to happen, however, the scientists say they’ll need to find new and innovative ways of viewing the creatures. They’ll have to find them soon too, as some scientists say the 166,000-square-mile ice shelf is due for destruction this decade thanks to climate change.