Whenever you hear that a species is “endangered,” you probably think it is soon to be doomed. But that may not necessarily be the case anymore, as the U.S. Fish and Wildlife Service (USFWS) says it has, for the first time ever, cloned an endangered species native to North America. The clone is of an extremely adorable ferret who’s been dead for 30 years.

NBC News reported on the breakthrough cloning experiment. USFWS researchers, along with scientists from a handful of organizations, including the California-based “genetic rescue” team, Revive & Restore, managed the feat; one that culminated on December 10, 2020, with the birth of the black-footed ferret named Elizabeth Ann. 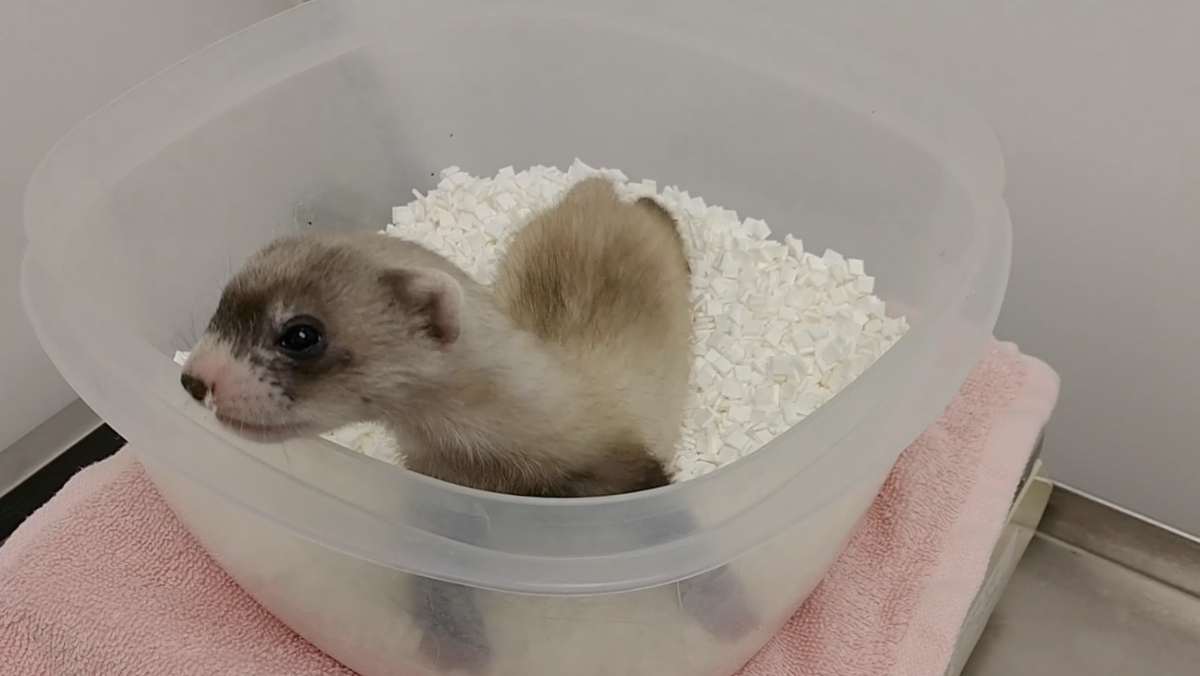 “The Service sought the expertise of valued recovery partners to help us explore how we might overcome genetic limitations hampering recovery of the black-footed ferret, and we’re proud to make this announcement today,” Noreen Walsh said in a USFWS press release. Walsh, the Director of the USFWS’ Mountain-Prairie region, added, “Although this research is preliminary, it is the first cloning of a native endangered species in North America, and it provides a promising tool for continued efforts to conserve the black-footed ferret.”

The scientists cloned Elizabeth Ann from frozen cells belonging to a ferret who died more than three decades ago. That ferret, Willa, was one of the last wild individuals from the ’80s. The Wyoming Game & Fish Department decided to freeze Willa’s cells in 1988, and San Diego Zoo Global’s Frozen Zoo has had them on ice (proverbially) ever since.

Cutting-edge science and a blast from the past! Meet Elizabeth Ann. She’s the first-ever cloned black-footed ferret, created from the frozen cells of a ferret that died more than 30 years ago: https://t.co/PJNo7NaFhV

Check the thread for more about Elizabeth Anne! pic.twitter.com/0i85mv9FgH

The USFWS says Elizabeth Ann could be a significant boon for the extant black-footed ferrets due to her unique DNA. Willa’s genome possesses three times more distinctive variations versus living black-footed ferrets. (To protect the few remaining ferrets in the ’80s, officials captured them and began a breeding program. While helpful for the continuation of the species, this also meant a limited gene pool.)

“To see [Elizabeth Ann] now thriving ushers in a new era for her species and for conservation-dependent species everywhere,” Revive & Restore Executive Director, Ryan Phelan, added in the press release. “She is a win for biodiversity and for genetic rescue.”

Looking forward, the USFWS says that Elizabeth Ann is still in the early stages of life, and researchers will need to closely monitor her viability. The team also has plans to produce more ferret clones in the coming months as a part of continuing research efforts. Which sounds just a wee bit ominous? Certainly like something from the prologue of a Ferret Park movie, anyway.