Physics educator and YouTuber, Derek Muller, a.k.a. Veritasium, recently posted a video on the topic of turbulence, and it will change the way you see the chaotic, fluid motion forever. Not only does Muller reveal the profound beauty of turbulence, but also the way it, paradoxically, helps to stabilize our everyday lives.

Muller notes in the video’s description that he first became interested in turbulent flow via chaos theory, and that it is “the real MVP” in comparison to laminar flow. This is actually just a cheeky reference, however, to the fact that Muller made this video in response to one produced by engineer and YouTuber, Destin Sandlin. And while Sandlin’s video (below), is just as zealous about the supremacy of laminar flow, both of the educators ultimately agree that both flow types are beautiful. 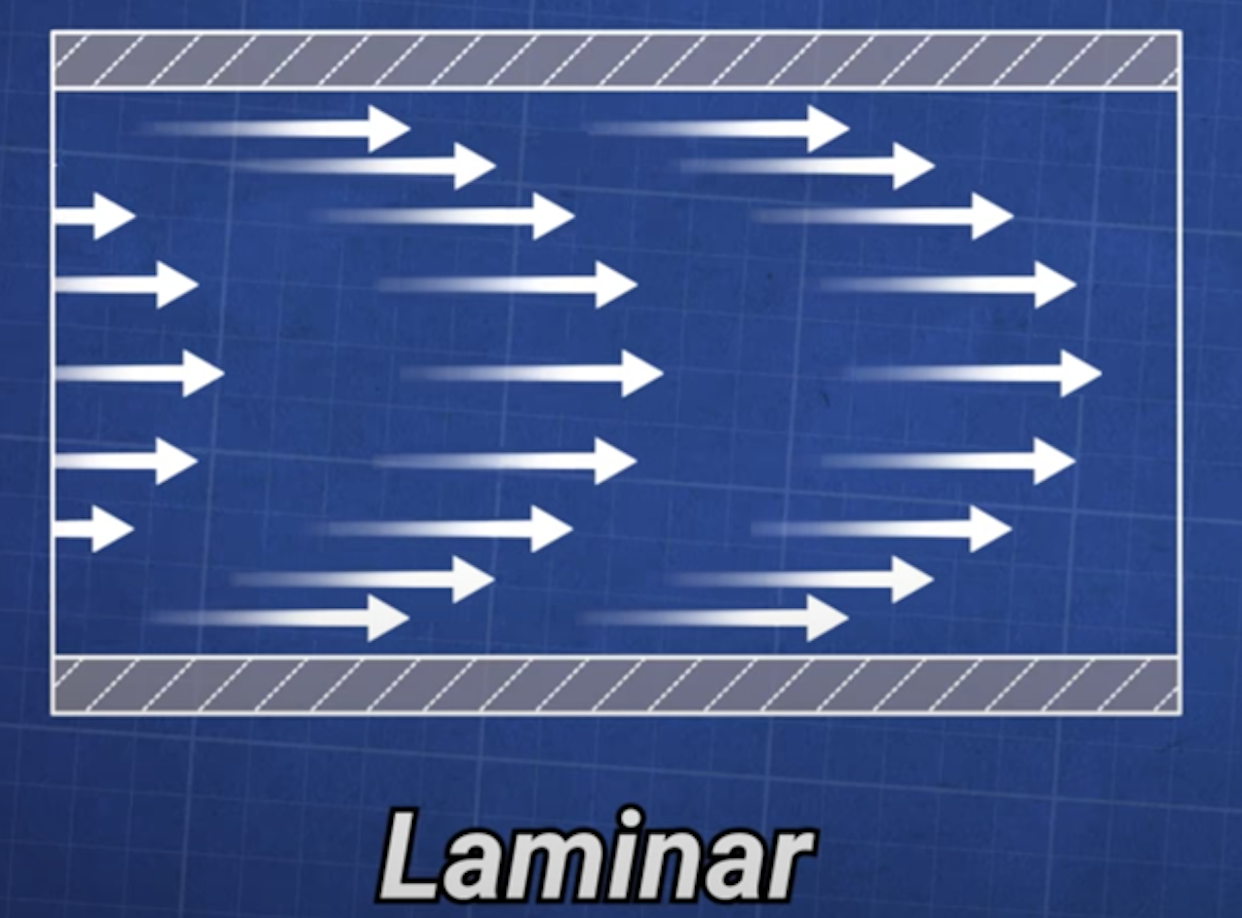 An illustration of laminar flow. Veritasium

Toward the beginning of the video, Muller notes that Sandlin’s preferred laminar flow is a phenomenon whereby all the particles of a given fluid move parallel to each other in organized layers. (The layers are referred to as “laminae,” hence the nomenclature.) By contrast, Muller’s preferred turbulent flow fluid motion is characterized by chaotic changes in flow velocity and pressure. Wikipedia sums things up nicely when it says that, in non-scientific terms, “laminar flow is smooth, while turbulent flow is rough.”

“Here’s my argument,” Muller tells Sandlin in the video, “laminar flow is easier to love, but turbulent flow, if you make that effort, is actually more awesome.” Sandlin, of course, disagrees, but the case Muller makes for turbulence is quite convincing. Or at the very least, quite mesmerizing.

Throughout the rest of the video, Muller demonstrates how turbulent flow is necessary, or at least very helpful, for the functionality of everything from airplane wings to golf balls. He notes, for example, that golf balls are dimpled because the dimples help to better separate the laminar flows of air moving along the balls’ surfaces. This greater separation, in turn, helps to create a larger, and therefore less effective, vacuum in the opposite direction in which a given ball is moving. This, in turn, mitigates the pressure-difference drag that would otherwise handicap the ball’s forward movement. 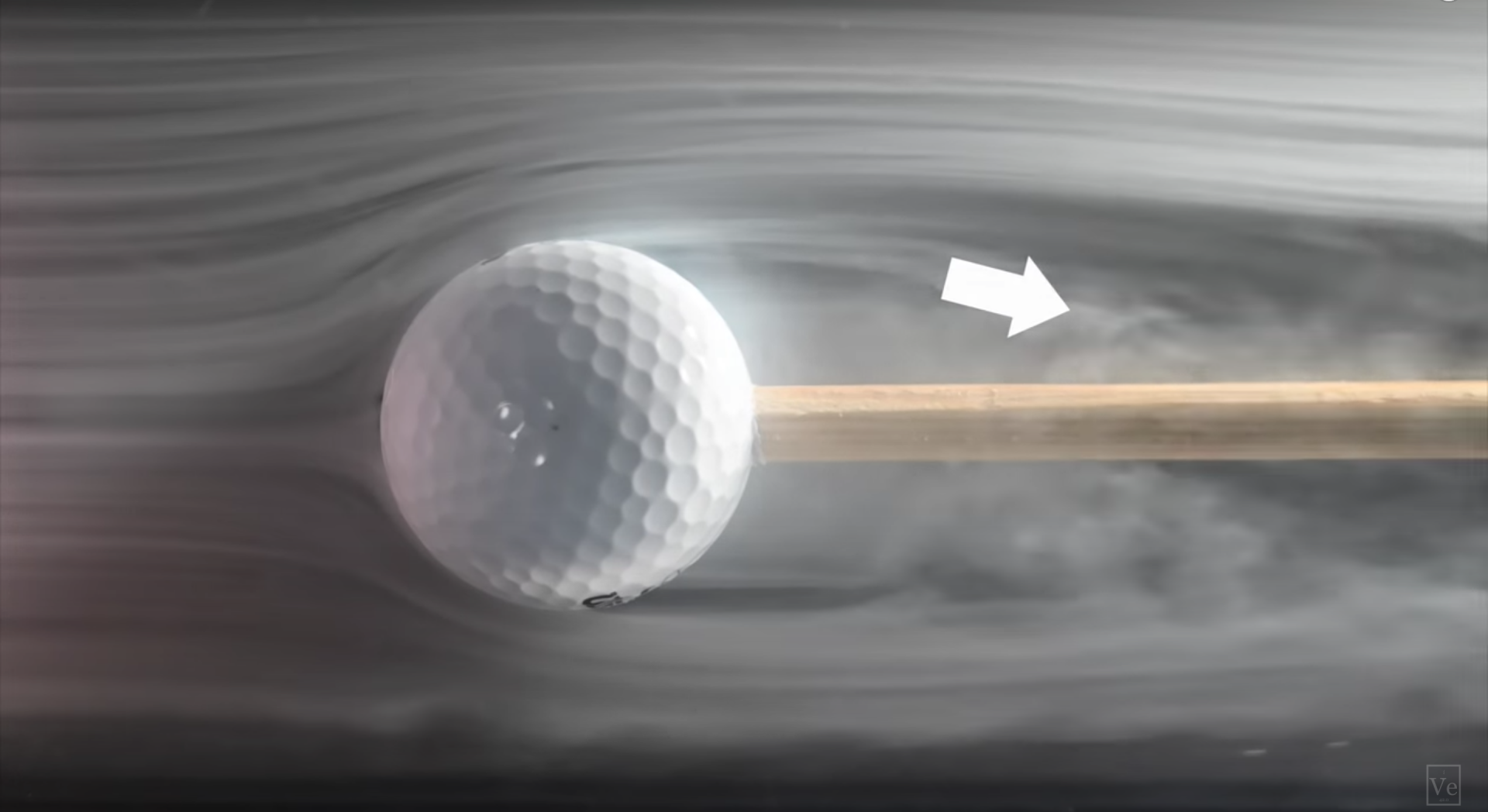 A look at the pressure-difference drag. Veritasium

What’s perhaps most shocking, however, is the fact that evolution has generated creatures that utilize turbulent flow in ways that almost seem impossible. Muller shows, for example, a fish so adept at utilizing the turbulence in its surrounding water that it can even swim upstream while dead. Which doesn’t necessarily make turbulent flow any cooler than laminar flow, but certainly paints fish in a whole new light.

What do you think about Veritasium’s video on laminar flow? Do you have a preference for one over the other or do you just like to… go with the flow? Let us know what you’re thinking in the comments!