Why Reading Comics Makes You Smarter

Evidence and research is stacking up to prove that comic books make their readers smarter. Comics make you want to read, and they use complex language which improves verbal intelligence. Like steroids for the mind, comics can even take struggling readers and make them stronger!

Society at large has long frowned upon comics. During the 1950s, they were slandered as base entertainment for children and immature adults which would turn readers into hoodlums and degenerates or communists.

And while that has all changed and comics have risen to become the string section in the symphony of our culture, with a select few titles (Sandman, Watchmen, and Maus) even praised as high art, there still lurks the suspicion that comics are in some way an intellectually inferior endeavor. They’re so thin, so colorful, and just so enjoyable, the thinking goes, that they can’t be good for you.

Put a copy of Watchmen on a table next to War & Peace, and one cannot but help be struck by the look of the two of them. The great Russian novel is so thick with authority that it could crush Alan Moore’s superhero opus with just its footnotes. War & Peace burgeons with abstruse references to early 19th century Russian Freemasonry and long digressions on the events of the year 1812. Only the most patient and persistent of readers complete it. Watchmen, with its capes, conspiracies, fantastic drawings, and modern setting seems to ask less of the reader. But Watchmen is such a compelling book that in 2008 alone, it likely sold over one million copies.

Classic novels are generally harder to read, and it is widely thought that this inherent challenge makes the novel a superior thing. Like eating kale salad or working out, the unpleasantness of the task in some way makes it more noble, and better for you.

In other words, comic books seem too fun to be good for you.

This is a lie. Or at least untrue.

Suprisingly, the fun of reading comics which has for so long been viewed with suspicion is one of the reasons that comics are good for you.

It is the very enjoyment of reading comics that makes comic readers smarter. Children, for example, read more if they have comics available to them. Scholastic writes, “School librarians and educators have reported outstanding success getting kids to read with graphic novels, citing particularly their popularity with reluctant readers.”

Increasing the amount of reading is important because extensive reading has been proven to have all sorts of salutary effects, such as improving vocabulary. In 2009, Laura Jimenez of Boston University observed that “school librarians were having trouble keeping graphic novels on the shelves.” She is now conducting research to link the reading of graphic novels to student motivation to read.

Like-minded research has already been done by literacy professors at California State University, Northridge. Anne E. Cunningham and Keith E. Stanovich discovered a number of fascinating benefits of comics, such as linking the reading of comics to greater literacy skills.

Cunningham and Stanovich solidly dispel the notion that the language  of comics writing is base, low, or gutterspeak. To learn language and improve vocabulary, readers must be exposed to complicated language. To measure the utility of different media for this end, Cunningham and Stanovich analyzed the language used in different mediums such as television, children’s books, adult books, and yes, comic books. They also analyze the oral language used by college graduates. In the analysis, the pair uncovered the gob-smacking fact that the language used by comics is far more advanced than that the oral communication of college graduates, and uses almost twice as many rare or difficult words! Even more remarkably, comic books often use more challenging language than children’s literature.

Cunningham and Stanovich close by stating, “[W]e should provide all children, regardless of their achievement levels, with as many reading experiences as possible. Indeed, this becomes doubly imperative for precisely those children whose verbal abilities are most in need of bolstering, for it is the very act of reading that can build those capacities… Those who read a lot will enhance their verbal intelligence; that is, reading will make them smarter.” 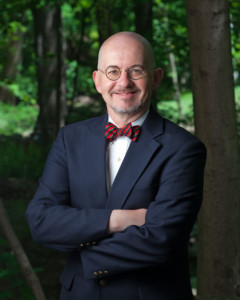 An example of comics leading to more reading leading to increased intelligence can be found in the tale of Dan Hurley, a science writer and journalist who has written for The New York Times Magazine and The Washington Post. He’s impressive now, but in 1960s New Jersey, Hurley was labeled a “slow learner” and “dumb kid.” By his own admission, he couldn’t so much as read the word “the” by the time he was eight.

What took him from the short bus to an office in a skyscraper? Comics.

In an article for The Guardian, Hurley says a friend got him into Spider-Man, and soon the pair of them were reading and writing comics for hours after school. By the time, he was 11, Hurley was getting straight A’s, and in college, Hurley scored a 136 on an IQ test.

Hurley directly credits comics with transforming his life. He became the intellectual he is today because of “the extraordinary impact of Spider-Man by that great literary genius, Stan Lee.” Dan Hurley’s story demonstrates what the research proves: reading comics makes you smarter and can transform your life for the better. So go ahead, pick up the latest Saga or Ms. Marvel. It’s fun you can feel good about.