Three years after their fall from grace and arrival in Schitt’s Creek, everything is finally coming up Roses. Over the course of five seasons,  Schitt’s Creek has followed the Rose family settle in the series’ titular town, in the hopes of one day leaving to return to their former glory. In the trailer for the series’ sixth and final season, it appears that time has finally come. But are Johnny, Moira, David, and Alexis truly ready to leave the town they’ve grown so fond of?

The trailer begins with an iconic Moira Rose monologue. She waxes poetic about the “partially-renovated” Rosebud Motel in a new ad, flanked by Johnnie and Stevie. It then teases a lot of exciting developments: Jocelyn’s writing a horror story, Alexis is taking the town on a “total physical and emotional transformation,” and David and Patrick in the throes of planning what will surely be a very extra wedding. Obviously, chaos and hilarity ensue.

The full trailer is here.

And we wouldn’t trade our stay in #SchittsCreek for anything.

But, of course, it wouldn’t be Schitt’s Creek without a healthy dose of sentimentality. The mood shifts halfway through the trailer, as the Rose family recounts their time in Schitt’s Creek and ponders their unknown future, all while Noah Reid’s moving, now-iconic cover of ‘The Best” plays in the background.

From the official Pop TV synopsis:

The Roses are achieving success in their careers and personal lives, forcing them all to contemplate their inevitable next steps. But as their pursuits push them closer towards their long-awaited escape, the Roses see how connected their lives have become to the town and its residents. When they finally face the decision to stay or leave, it is much harder than expected.

Johnny takes on a second motel, but as the costs pile up, he worries it may have been a huge mistake.  Meanwhile, Moira’s Crows movie has thrust her back into the limelight, but when she passes on a major opportunity, she fears she’s lost it all (again). With a wedding in sight, David throws all of his energy into the planning, but when he and Patrick clash on their vision of their future together, David is forced to confront the fact that marriage is more than a wedding. Alexis focuses on her publicity work while Ted is in the Galapagos, and, much to her surprise, her career begins to take off. 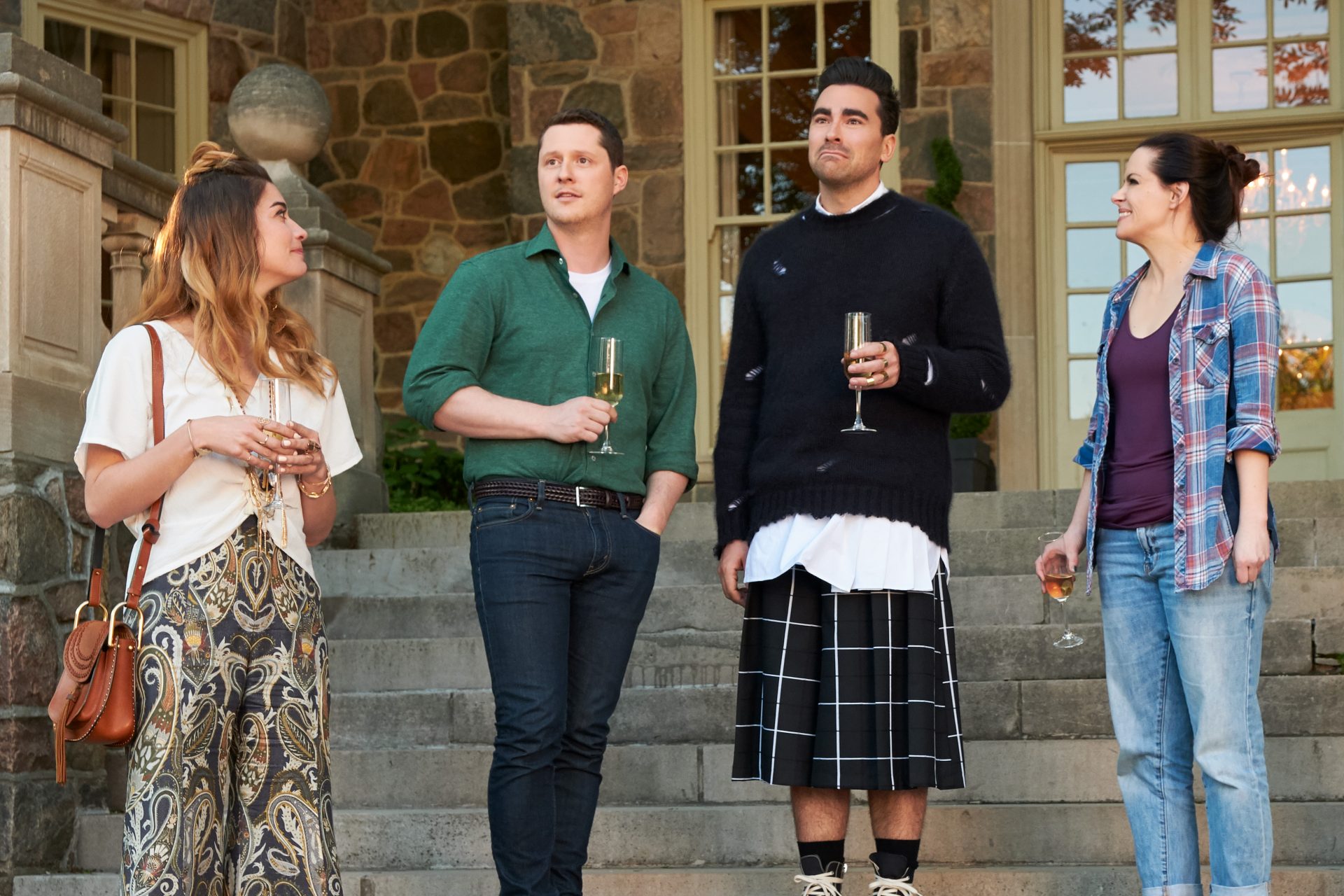 Back in March, as the series was airing its Emmy and Golden Globe-nominated fifth season, Eugene and Daniel Levy announced—to the devastation of critics and fans, alike— their decision to end the series with season six. The upcoming season will consist of 14 episodes.

To Our Dear Fans… pic.twitter.com/FIXjD3gbzA

Schitt’s Creek returns for its sixth and final season on January 7.