Stories can’t hurt you. But reality can, and the ephemeral line between the two is where the true nightmares lurk. André Øvredal’s Scary Stories to Tell in the Dark (produced by Guillermo del Toro) understands this, mining dreamscapes and nightmare logic to weave a haunting fable about the power of fiction, and how informed and indebted it is to everyday horrors. Based on the classic children’s series written by Alvin Schwartz and illustrated by Stephen Gammell, the film is both surprisingly terrifying—especially for its intended young audience—and achingly tender, capturing something special about youth in a time of revolution. It doesn’t shy away from supernatural horror or the political kind, and that duality is what elevates the film from kiddo popcorn fare to something with legs.

The story is set in Mill Valley, PA in 1968, and follows a trio of outcast high schoolers. There’s Stella (Zoe Colletti), the shy girl who loves horror movies and writing spooky short stories; Chuck (Austin Zajur), the clown of the group; and Auggie (Gabriel Rush), the tall, sensitive kid who crushes a little too hard on every girl he meets. We meet the friends on Halloween night, as they exact a plan of revenge against their bully, Tommy (Austin Abrams), who is driving around on date with Chuck’s sister Ruth (Natalie Ganzhorn). After their reverse-prank goes awry, the trio and a mysterious outsider named Ramón Morales (Michael Garza) flee to the Bellows House, an abandoned mansion on the edge of town that is said to be haunted. Inside, the friends recount to Ramón the story of Sarah Bellows, who allegedly hanged herself back in the 1890s after she was accused of poisoning local children and using their blood to write a book of terrifying short stories. The kids find this book and escape the house with it in tow, which winds up being a fateful mistake. 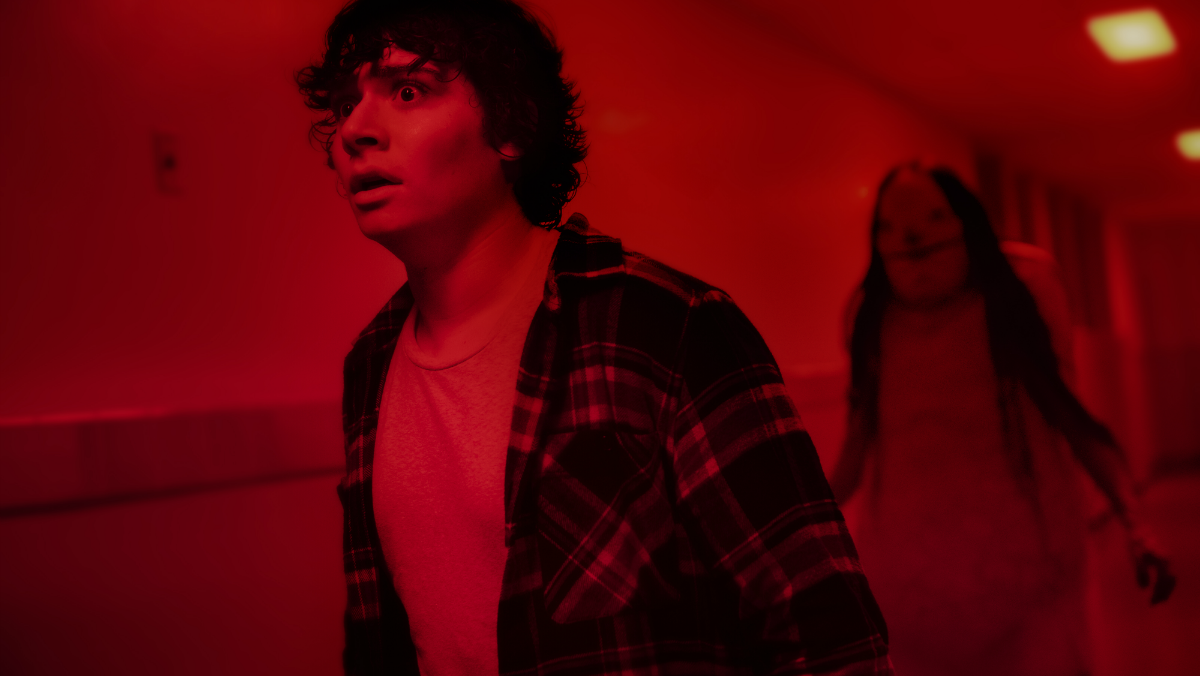 The stories in Sarah’s book will be familiar to fans of Schwartz’s horror series, and they’re brought to life with a brilliant eeriness. Stella quickly realizes the book is still writing itself, and now that she and her friends have disturbed Sarah’s piece, they’re the targets of her literary wrath. One by one, all who entered the Bellows house that night are tormented by individual nightmares brought to life in the book’s pages. Tommy is haunted by his farmhouse scarecrow “Harold,” Auggie encounters a spirit looking for its missing toe, Ruth’s infected spider bite takes a turn for the worst, and so on.

At first, the plot feels intent on bringing these familiar stories to life without much finesse, but as the film progresses, and the layers are revealed, the terror striking these children becomes an allegory for the rotting core of America. It’s 1968, after all. Nixon is on the verge of election, the Vietnam War is raging overseas, and, like the teenagers of Mill Valley, young lives are mere currency. At one point, Ramón, whose Mexican heritage makes him the target of small-town racism, says of Vietnam, “They just send you there to die.” Death is coming for these kids, one way or another, and that inevitability is the real nightmare at the heart of this story.

The film is occasionally bogged down by its own ambition—and the ending leaves something to be desired—but it’s hard to criticize a children’s movie for being this audacious. Horror is a perfect delivery mechanism for allegory, history, and social awareness, and Scary Stories to Tell in the Dark serves a hearty meal of that stuff, while also remaining perfectly frightening on the surface level. It’s hard to know if its deftness will charm mainstream audiences or isolate them, but it shouldn’t matter; the film has the distinct whiff of a cult classic: mesmerizing set pieces, surreal monsters, haunting creature designs, and enough self-awareness to keep it relevant for generations to come.

TAGGED: Scary Stories to Tell in the Dark