The 7 Scariest SCARY STORIES TO TELL IN THE DARK - Nerdist

The 7 Scariest SCARY STORIES TO TELL IN THE DARK

by Rosie Knight
Alvin Schwartz and Stephen Gammell’s iconic collections of folklore and urban legends have been terrifying and enticing children since the 1981 release of Scary Stories to Tell in the Dark.

Schwartz’s streamlined versions of familiar stories, combined with Gammell’s atmospheric and often horrifying art, created something truly special that was a formative part of many of our childhoods and burgeoning horror fandoms. With the news that Guillermo del Toro’s long awaited adaptation is moving ever closer to becoming a reality with the Oscar winner producing and co-writing the film, we thought we’d take a look back at the stories that spooked us the most!

“Room for One More” 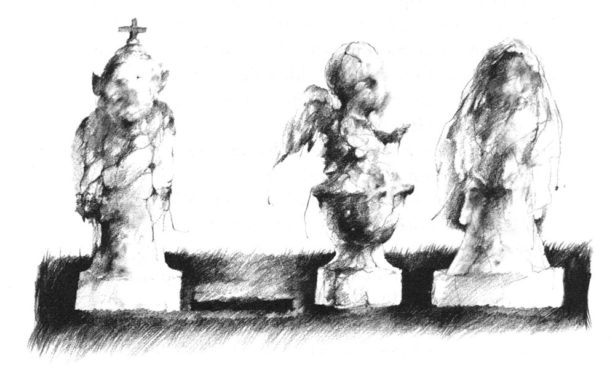 A chilling Twilight Zone-esque tale of a young woman on her way to start a new job, and finds herself accosted by a haunting hearse driver who shouts “room for one more” at her as she walks to work. Spooked by the interaction, the protagonist continues on her way until she reaches her new place of employment. As her day ends, she heads to the elevator but is shocked to see the hearse driver in place of the usual attendant. He repeats his refrain “room for one more” but unsettled she heads down the stairs instead, where she hears the elevator crash to a fiery doom! One of the most influential and best-known urban legends of modern times which inspired an entire horror subgenre in slasher movies, The Babysitter is a stone cold classic. During a dark night, a young girl begins to get creepy phone calls whilst she’s looking after some small children to earn some easy cash. “Have you checked on the children?” the breathy voice threatens, calling again and again until our young heroine calls the police. They trace the call and say the eternally terrifying and now iconic words, “Get out! The calls are coming from inside the house!” This story transcended Scary Stories to Tell in the Dark, becoming a recurring feature in teen magazines and later on urban legend websites. Not even 200 words long, this is one of the most affecting stories in Schwartz and Gammell’s playbook. A young girl gets a spider bite on her face that slowly grows until it eventually bursts, only for dozens of spiders to appear out of it. Truly the stuff that nightmares are made of. 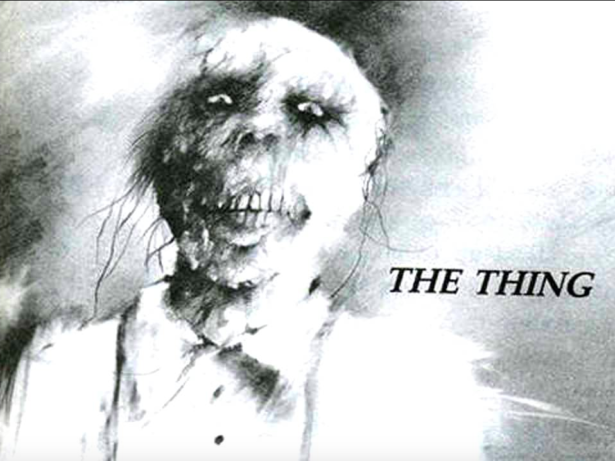 This tells the tale of two young boys who are bored during their summer vacation and spend their time wandering around the local town. One night the pair are sat on a fence when they see a spooky figure… but when they look again, he’s gone. The creepy figure eventually returns, his flesh rotting and falling off as he grabs one of the boys. They make their escape but aren’t believed when they share their ordeal. Alas, the boy who was grabbed becomes ill, his flesh rotting off until he looks just like the thing that grabbed him! This is a story that in any other context may have just been spooky, but Gammell’s terrifying illustration makes this one of the most haunting entries into the Scary Stories canon! A man breaks into a house looking for shelter after his car breaks down, but discovers a ghost. Scared for his life, he runs from the house. When he finally stops, he turns around behind him only for the ghost to ask, “Pardon me, is something wrong?” It’s Gammell’s vision of the ghost that makes this story one that still disturbs many of us to this day! This wild and wacky cannibalism story is a great example of the PG-13 level of bleak brutality that’s kept the Scary Stories to Tell in the Dark series on the ALA’s most challenged books for 30+ years. Also known as “Where’s my liver?” this grim yarn introduces us to a cunning wife who steals the liver of a corpse for her husband’s dinner after she eats the liver he bought for himself. Later that night when the ghost of the woman whose liver he ate comes a knockin’, the man kills his wife and replaces the corpse’s lost liver with hers! Staying away from home is a classic childhood fear and this story plays on that. We meet a woman traveling from town to town painting, who has an awful dream about a mysterious figure and a dark room. The woman in her dream warns her to leave this place, so when she wakes in the morning she does just that, heading to Dorset at her landlady’s suggestion. Only once she gets there, the room she acquires looks just like the one in her dream, and when the landlady knocks on the door, she opens it only to find the terrifying woman from her dreams!

Do you have a favorite scary story to tell in the dark? Which one gave you the most nightmares? Can’t wait for the Scary Stories to Tell in the Dark Movie? Let us know in the comments!