The SCARY STORIES TO TELL IN THE DARK Trailer Has Us Leaving the Lights On Forever - Nerdist
We’ve updated our Privacy Policy. Click here to view.

Nobody does creepy-ass versions of childhood quite like Guillermo del Toro. As shown in his own films, like Pan’s Labyrinth and The Devil’s Backbone, and those he’s produced, like Don’t Be Afraid of the Dark and Mama, it’s always scarier to see things through children’s eyes. This is why we’re so stoked for the upcoming Scary Stories to Tell in the Dark, the anthology horror film based on the seminal book series by Alvin Schwartz.

We’ve finally gotten a full trailer for it following a few brief teases during the Super Bowl, and hooooo-ly crud, we’re already terrified.

The movie seems to follow a group of young people who go into what I’m going to call the scariest house in the world and find a book by Sarah Bellows full of terrifying stories. The book seems to be cursed—as one of the characters says, you don’t read the book, “it reads you.” From there, we see live-action depictions of several Schwarz stories and some of artist Stephen Gammell’s most disturbing illustrations realized in shudder-inducing ways. The Pale Lady, folks. I’m never going to sleep again. 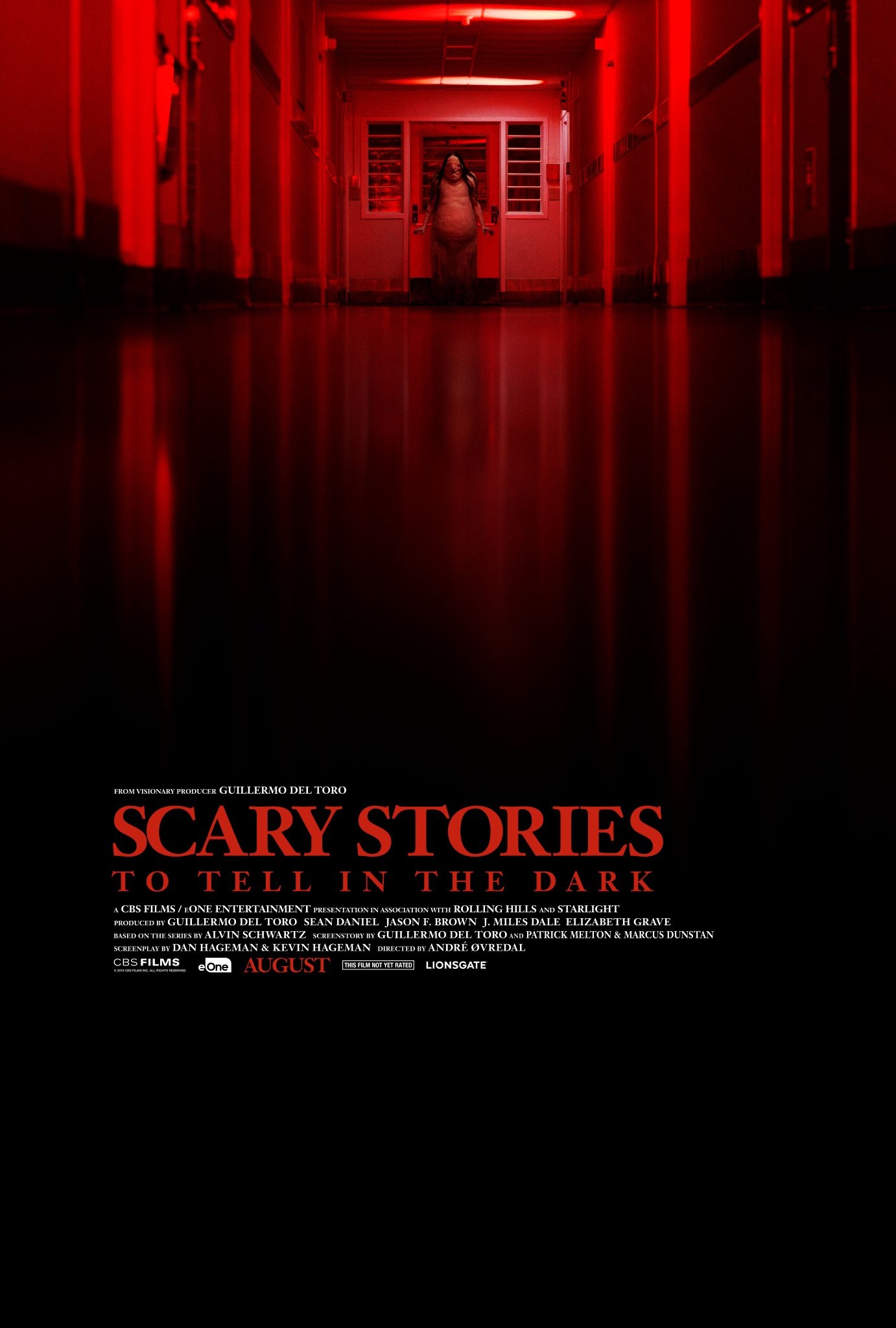 While the books were ostensibly for kids (I read them in…first grade, I think?), the movie seems to be taking a much darker tone than something like, say, the much more family-oriented Goosebumps films. We’re all for this, of course, and are very excited to see just how grim the film gets. We could see this easily getting an R rating, if that’s what they’re looking for.

Scary Stories to Tell in the Dark is directed by Trollhunter and The Autopsy of Jane Doe director André Øvredal. It features stories adapted by John August, Patrick Melton, Marcus Dunstan, Dan and Kevin Hageman, and del Toro. It’s coming out August 9, and we think that’s way too long a wait. Can we just have it now, please?