There’s always big news coming from outer space. Scientists and researchers are studying Mars extensively, discovering new types of supernovas, and finding neutron star and black hole pairings. But for the rest of us humans, there isn’t anything quite as exciting as the possibility of life on other planets. (Honestly, this one is getting very messy and we high-key want to leave.) So far, we haven’t heard of any confirmed alien sightings on another planet, but there may actually be signs of life near Saturn. Yep, the favorite planet of many children (because of its rings, obvs) could have some microbes on one of its many moons.

This news, which we picked up from New Atlas, is a pretty cool development. According to the report, something is creating methane on Enceladus, one of Saturn’s moons. Methane is a greenhouse gas that microorganisms simultaneously break down and produce. The levels of methane on Enceladus are so high that it matches what scientists would expect from microbes.

Enceladus doesn’t seem like a prime place for microscopic life, given its icy outer surface. However, just beyond that layer is an oceanlike slush with a seafloor with hydrothermal vents. That watery substance sometimes breaks through its cold shell in water plumes, similar to a geyser erupting on Earth. Further evidence comes NASA/ESA/ISA’s Cassini space probe, which has studied the ringed planet and its moons to discover carbon dioxide and dihydrogen, too. So, what does this mean? It’s likely that microbes might be hanging out down there. Of course, this isn’t a full-stop conclusion, which Régis Ferrière, co-lead author of this study, explains in the research that’s published in Nature Astronomy. 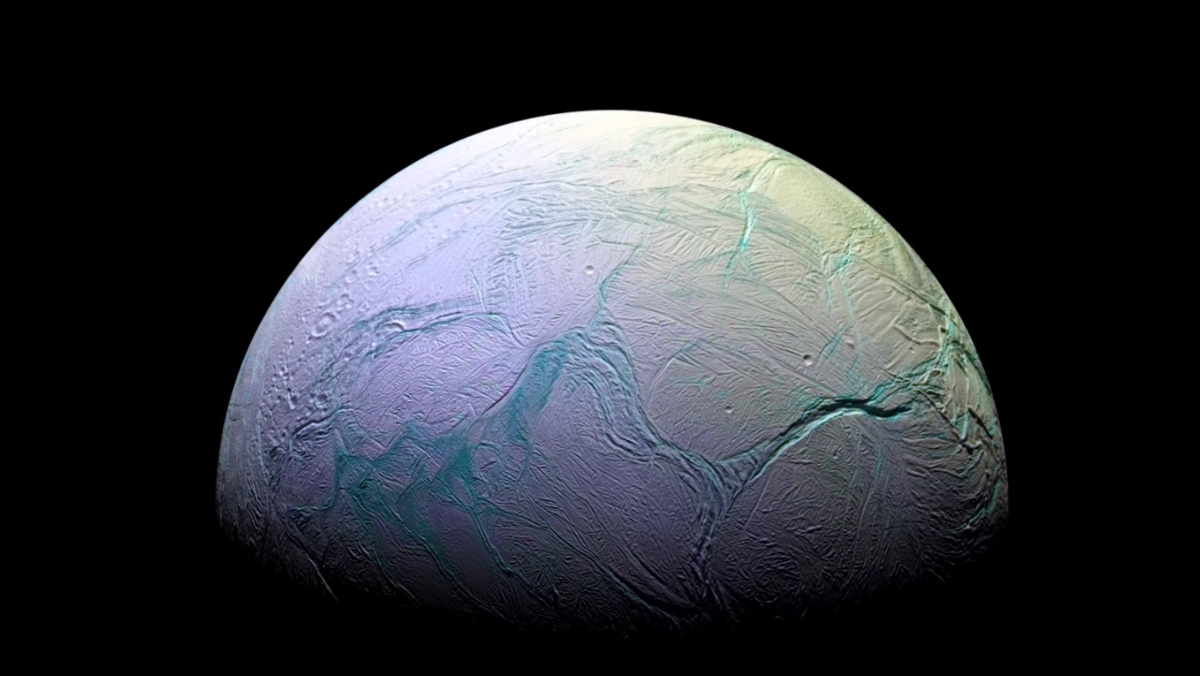 “Obviously, we are not concluding that life exists in Enceladus’ ocean,” says Ferrière. “Rather, we wanted to understand how likely it would be that Enceladus’ hydrothermal vents could be habitable to Earthlike microorganisms. Very likely, the Cassini data tell us, according to our models. And biological methanogenesis appears to be compatible with the data.”

We will have to keep an eye on what comes in the future studies of our always intriguing solar system.