Saturday Night Live kicked off season 47 with Owen Wilson hosting and Kacey Musgraves as the musical guest. But someone who was only there in spirit owned the night. SNL remembered the late Norm Macdonald, who recently passed away at just 61 after a long private battle with cancer, during the segment that made him a star. Weekend Update once again belonged to the anchor who made the news so funny.

SNL got off to a good start with its successful season premiere. But during “Weekend Update,” the show mixed laughs with a bittersweet tribute to Norm Macdonald. It began when Pete Davidson came out to the Update desk for a segment about the dress he wore to the Met Gala. It was a different piece of clothing that deserved viewers’ attention, though. Davidson came out in an air-brushed t-shirt with Macdonald’s portrait on it. A quiet tribute that rightfully didn’t even attempt the impossible task of describing how funny Macdonald was behind that very same desk.

The show clearly knew nothing it said would be enough because it let the late comedian’s own time at Saturday Night Live speak for itself. After some short words of admiration and remembrance, co-anchors Colin Jost and Michael Che ended Weekend Update by sharing old highlights of some of Macdonald’s best jokes from when he starred on Saturday Night Live.

His joke about Bill Clinton’s stance against opposite-sex marriages is still laugh out loud funny. Yet it might not even be as good as his San Diego floating airport joke. But Norm Macdonald’s SNL Snake Man bit is the best one of them all. 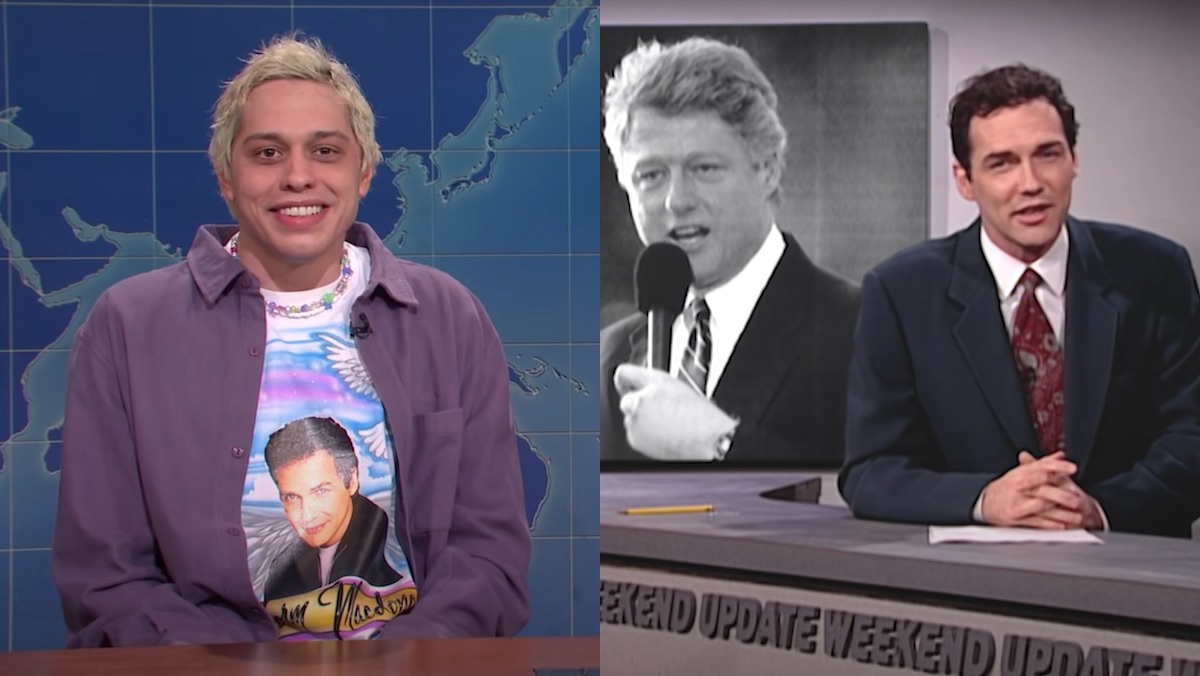 And it’s only fitting the tribute ended with a joke about the OJ Simpson trial. It was Macdonald’s unrelenting skewering of Simpson that likely got him removed from the Update desk. Ending this homage to him with that joke means that in the Norm Macdonald got the last laugh.