Believe it or not, it has been 17 years since Sarah Michelle Gellar slayed the undead of Sunnydale as the titular hero on Buffy the Vampire Slayer. But even though it’s been forever since SMG las drove a wooden stake in the heart of any vamps, it’s clear she still holds a very important place in her heart for the role that made her a household name.

It appears that she loved her time as Buffy Summers so much that she kept some key pieces of her wardrobe. Via Entertainment Weekly, we’ve learned that Gellar even kept the prom dress she wore in the season one finale “Prophecy Girl.” And yes, she still fits in it quite well, some 23 years later!

She posted a photo of herself wearing the dress on her Instagram, along with the accompanying leather jacket. Sadly, no crossbow though. I guess she didn’t have one just lying around the house. Her post quoted the episode too, saying “All dressed up and no where to go. ‘I say we party.'” 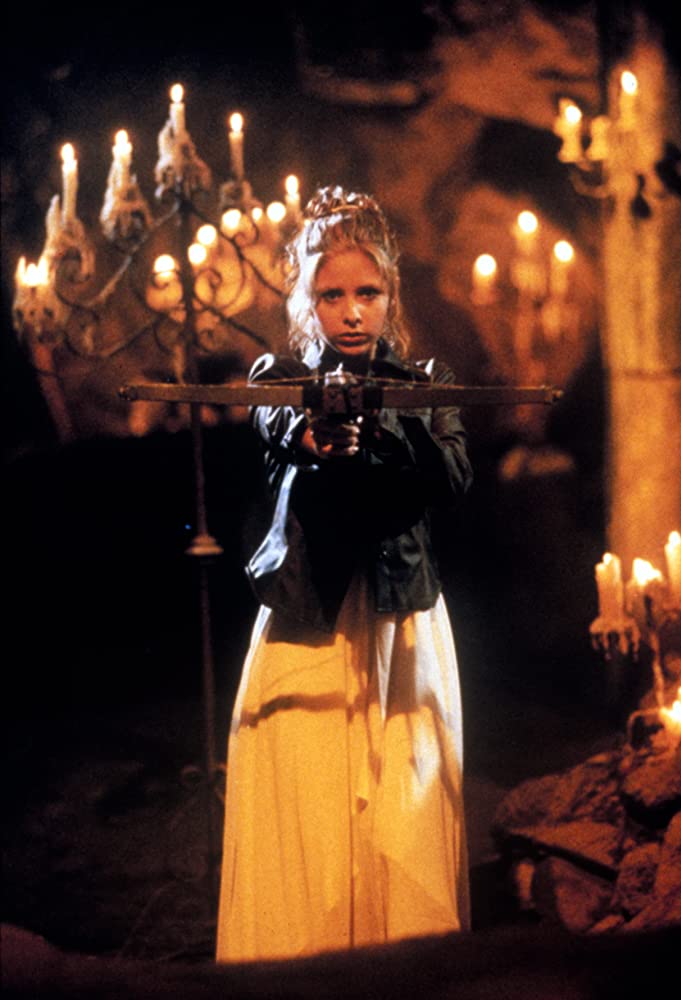 Buffy fans remember “Prophecy Girl” as a pivotal part of the series’ narrative. It was the season one finale, and the first episode both written and directed by series creator Joss Whedon. It featured Buffy facing off against her first season’s “Big Bad,” the vampiric Master who lived beneath Sunnydale. The episode also marked the first time Buffy died on the series, although she was revived by the end of the episode. The second time was a little more serious. That death lasted a whole summer!

A Buffy the Vampire Slayer continuation/soft reboot was announced a couple of years ago, but not much has been heard about it since. Sarah Michelle Gellar downplayed any involvement with the potential show, but given this photo, maybe she has given that a second thought. She definitely still looks like she could have a lot more dusting off vamps left in her. And we are very here for it if she does.