Kiernan Shipka’s Sabrina Is All Set for a RIVERDALE Crossover

It’s happening! Chilling Adventures of Sabrina‘s titular character will make her debut on Riverdale. This cooperative venture warms our hearts. Streamer and network, peace in our time. And the result? Nothing short of magical. Showrunner Roberto Aguirre-Sacasa confirmed this story to Entertainment Weekly. He shared:

We’ve been talking about having Sabrina visit Riverdale since season 1, so it’s thrilling that this is finally happening, as part of our ‘Rivervale’ special event. It’s also perfect that she shows up to help Cheryl Blossom during her hour of greatest need. Everyone on set lost their minds — I think fans will, too. It’s really fun and special.

Since the shows take place in the same world, this union feels fated. Riverdale  finds inspiration in the Archie comics. In these comics, Sabrina has already met many of Riverdale‘s familiar faces. So we can’t wait to see how this Riverdale and Chilling Adventures of Sabrina television crossover works out in practice. And what it may take or leave from its comic book predecessors. 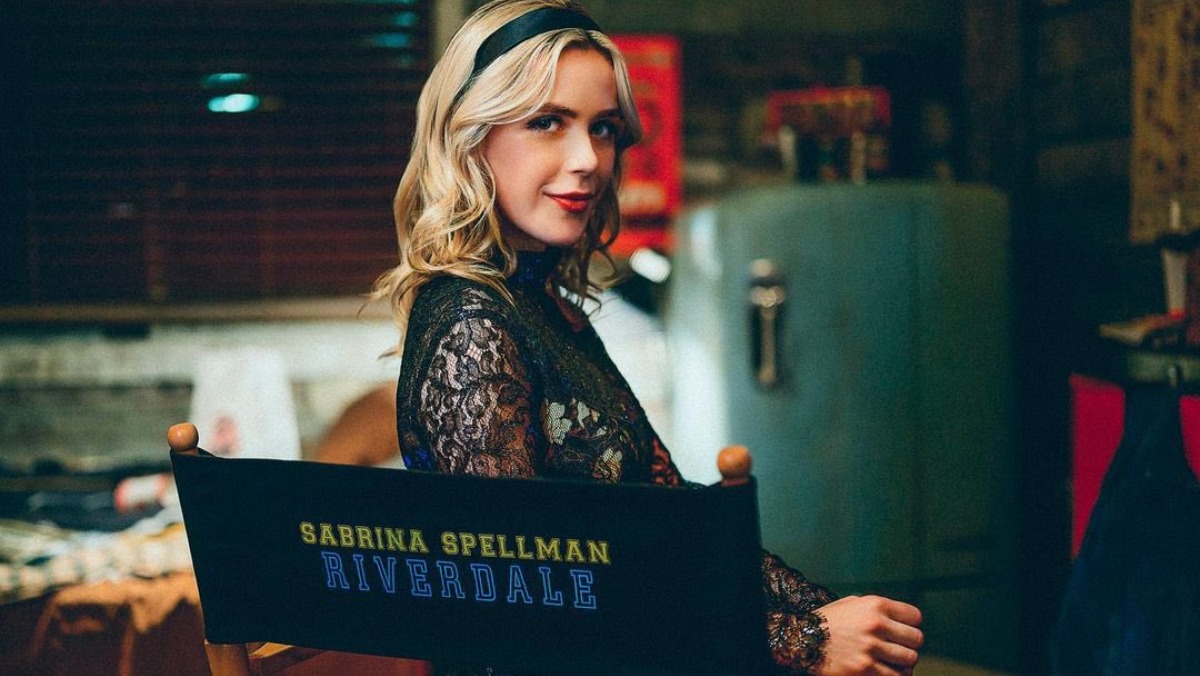 Kiernan Shipka’s Sabrina will join Riverdale in the fourth episode of season six. Appropriately, the episode is titled “The Witching Hour(s).” According to Entertainment Weekly, the episode’s logline description states:

Cheryl (Madelaine Petsch) is performing a dangerous spell, one that may mean the difference between life and death for a beloved member of the Blossom family. Luckily, she’s getting a much needed assist from everybody’s favorite 20-something witch, the iconic Sabrina Spellman (Shipka), visiting from Greendale in this years-in-the-making crossover.

Years in the making sounds like a recipe for many epic interactions to us. And when characters from different shows get to meet… Well, that’s always a good time. Just imagine the possibilities. Here’s hoping whatever spell Sabrina casts won’t backfire. Or at least that it backfires in a fun way if it does.