A team of researchers has just announced evidence of an anchovy ancestor with a single, massive saber tooth. They reviewed two ancient fish fossils ahead of this announcement. The saber-toothed anchovy, which swam through Earth’s oceans tens of millions of years ago, is so unique that the researchers say there is no analog anywhere in history. The nightmare ‘chovy, incidentally, also looks like something H.P. Lovecraft would serve for dinner.

Meet Monosmilus, the saber-toothed anchovy. One meter in length, it lived in the shallow seas of Pakistan 45 million years ago. Read about it in our new paper with @Friedman_Lab and colleagues (open access!): https://t.co/Q60CR9KZSx Wonderful art by @JoschuaKnuppe #fossil #fish pic.twitter.com/iwpLFkYh9Q

The scientists involved with the research, led by Alessio Capobianco at the University of Michigan’s Department of Earth and Environmental Sciences, published their findings in Royal Society Open Science. In the study (via Science News), the researchers say that “iconic predatory lineages of spiny-rayed fishes,” began to pop up in response to the ecological niches left open by the Cretaceous-Paleogene extinction. That is, the mass extinction that took place roughly 66 million years ago. It saw the annihilation of three-quarters of Earth’s plant and animal species.

This is the head of Clupeopsis straeleni, the saber-toothed anchovy from Belgium, 54-million-years old. The 'saber-tooth' and lower jaw fangs (not shown here) were revealed through micro-CT scanning, as from outside this fossil fish appears completely toothless. #anchovy #fossil pic.twitter.com/yEibepKJlC

In response to one of the freshly empty ocean niches made available by the extinction, the saber-toothed anchovies arose. One of the fossilized examples of the anchovy ancestor, Clupeopsis straeleni, was found in Belgium in 1946. The other, Monosmilus chureloides, was found in Pakistan in 1977. By the way, the latter fish’s name loosely translates to “single knife Churel.” For those unfamiliar, a churel is an “extremely ugly and hideous” creature that shape-shifts to disguise itself as a beautiful woman in order to lure men to their death. 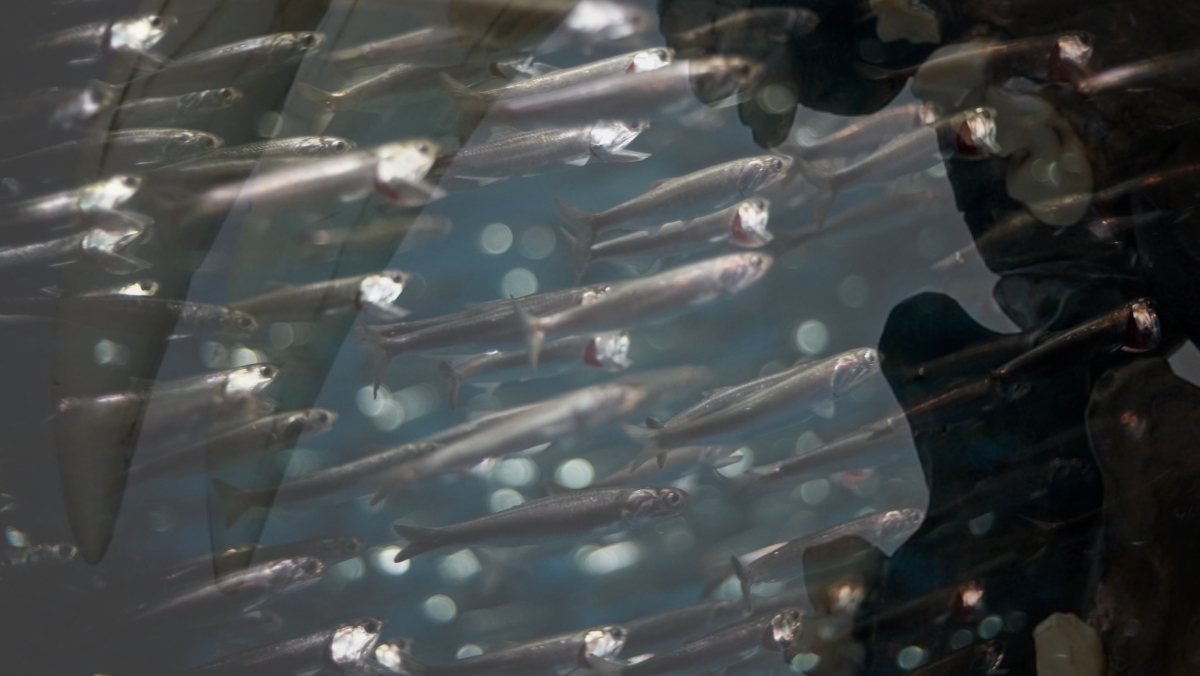 In terms of physiology, C. straeleni and M. chureloides were both unique among all other fish species due to their having fanged teeth along their lower jaws, plus that huge single fang jutting out from their noses. The giant fang, which Capobianco jokingly refers to as a saber tooth, is a vomerine fang. A vomer is a bone found in the skulls of most vertebrates; in humans, it forms a large part of the septum between the right and left cavities of the nose.

On UMORF for #FossilFriday: holotype of Monosmilus, a saber toothed anchovy from the Eocene of Pakistan, named this week by grad student Alessio Capobianco @acapomorphic & colleagues.https://t.co/sHSMHlUQyu pic.twitter.com/9vowDX5sZj

Unfortunately, the researchers still haven’t identified the purpose of the large fang. “[I]t is difficult to hypothesize [the fangs’] exact purpose, as no fish today has a similar set of teeth,” Capobianco told Live Science. He added, “It could be that the long teeth formed a sort of ‘trap’ or ‘cage’ for… prey, similar to what happens in some deep-sea fishes, or they could have been used to stab other fishes.”

can't escape the cans no matter how hard they try https://t.co/uunJlv7mAf pic.twitter.com/KKr0ipRcDi

Capobianco also told Live Science that Clupeopsis and Monosmilus are clearly closely related. He pointed out there is no other fish, living or extinct, that has the same array of teeth. “There is simply no other fish that looks like this,” Capobianco said. Although there are probably some very understandable evolutionary reasons for that being the case.