Mara Soriano lost something a lot more valuable than her iPad and Nintendo Switch when her bag was stolen in Vancouver earlier this month. She lost a very special teddy bear. That stuffed animal contained a recording of her late mother’s voice. It was priceless to her. And Vancouver’s own superhero Ryan Reynolds came to the rescue with a big cash reward for anyone who turned in that important bear. And it worked, as that loving token from her mom came back without a scratch on it.

While moving apartments recently, Soriano’s backpack was stolen from the sidewalk in Vancouver’s West End. Along with some electronics, it held a Build-A-Bear stuffed teddy with a voice box that contained a message from her mother Marilyn. Her mom passed away in June 2019 from cancer at only 53-years-old. The recording had Marilyn saying “I love you” in her native language of the Philippines. The whole city sprang into action when they learned Soriano was missing this message.

CBC TV and Radio reporter Deborah Goble put out a call on Twitter for any information about the theft, which Ryan Reynolds saw. But the Deadpool star didn’t just amplify the tweet to his 16 million followers; he offered a no-questions asked $5,000 reward for its return.

Vancouver: $5,000 to anyone who returns this bear to Mara. Zero questions asked. I think we all need this bear to come home. https://t.co/L4teoxoY50

Actually, it was five grand and a whole lot of gin.

If you #FindMarasBear, I’ll send you so much @AviationGin gin it’ll be affected by the tide.

The Twitter community responded with love and kindness, It offered support for Soriano, even reviewing footage of the robbery to try and identify the culprit. Radio host George Stroumboulopoulos also offered to match Reynolds $5k incentive. More people wanted to kick in to increase the reward as well, but Soriano instead asked them to donate to the palliative care center that helped treat her mother. Build-A-Bear also reached out to create a replica bear, a sweet gesture for sure. But it wouldn’t have been the one her mother held and helped make herself.

She didn’t need to worry about that though. This week the bear, and the special recording inside of it, made its way back to Mara.

And there wasn’t a mark on it, only a missing pair of spectacles.

NOT A SINGLE SCRATCH ON HER! Two kind samaritans returned her to us in a safe space, voice is there, just no glasses!! https://t.co/Y1gZpiCP4j

What could have been a sad tale led to an outpouring of love and compassion. And we all got to remember a mother who loved her daughter very much.

Deadpool himself couldn’t have done better. 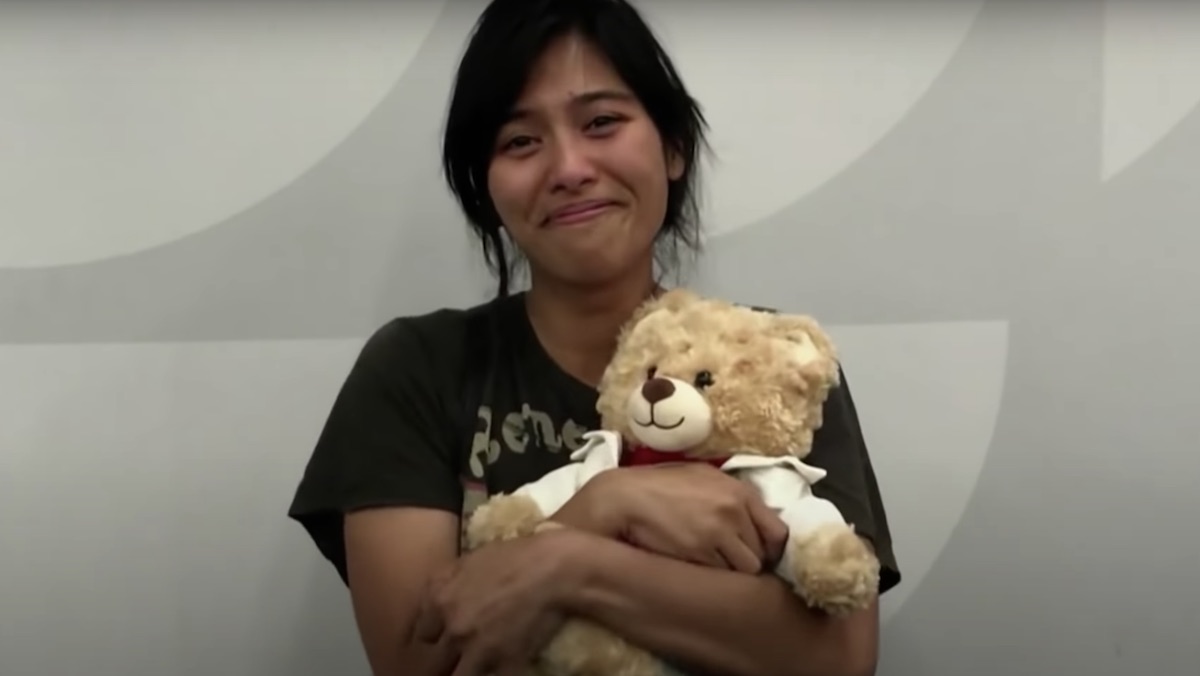