Ted Lasso explores what might happen if someone hired an American football coach as manager of an English soccer team. That will almost certainly never happen in real life. But plenty of Americans own European soccer clubs already. Now two of them are getting their own docuseries at FX. Welcome to Wrexham will follow the team’s new stewards’ exploits trying to turn around the fortunes of one of the oldest teams around. But even if they fail it will still be entertaining TV, because the owners are Ryan Reynolds and It’s Always Sunny in Philadelphia‘s Rob McElhenney. 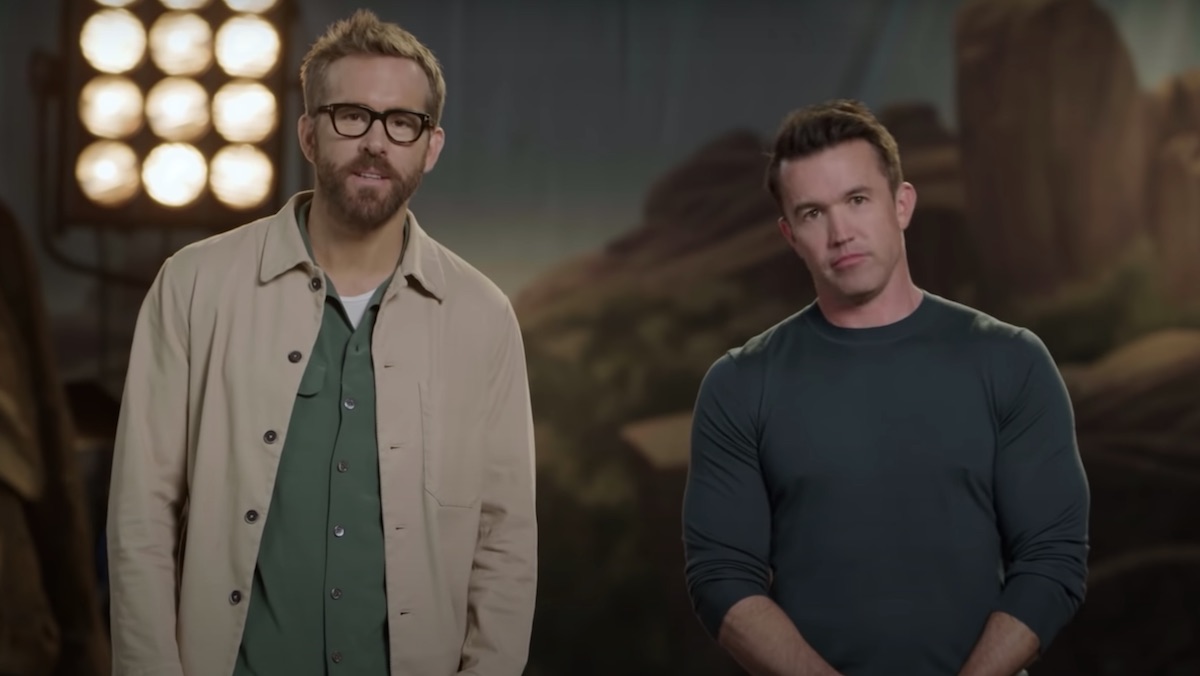 FX has announced a two season order for Welcome to Wrexham. The docuseries will follow Reynolds and McElhenney’s “purchase and stewardship” of the Welsh football team Wrexham AFC. The Red Dragons, founded in 1864, are one of the oldest professional football clubs in the world. But the team has fallen on hard times. They play in the National League, English football’s fifth tier.

The series will follow the team’s Hollywood owners’ efforts to improve the club’s standing. Which might be tough considering neither have any actual experience with soccer. Or even each other. But it looks like they’re going to become fast friends.

“Rob McElhenney has been an all star on Team FX for years and now has partnered with the formidable Ryan Reynolds to bring glory to the ‘Red Dragons’ in the docuseries Welcome to Wrexham,” said Nick Grad, President, Original Programming, FX Entertainment, in a statement. “Rob and Ryan will take fans inside the sport as never before, pairing their genuine love for the game with the welcome challenge of building on the heritage of this club.”

The show will also track “the dreams and people” of Wrexham. Fans from the working-class town in North Wales will be happy to know that despite their owners’ Ted Lasso-esque familiarity with the sport, FX says the pair are “serious about their investment in Wrexham, improving the club and doing right by the townspeople.”

The duo released a video about the series on Tuesday, but the real star is the Welsh translator.

McElhenney and Reynolds will executive produce the series with Nick Frenkel and John Henion. Broadwalk Pictures will produce.

We’ll have to wait and see whether or not the team produces on the field.