Russian LORD OF THE RINGS Adaptation Makes Its Way Online

The Lord of the Rings is a big topic of discussion these days. That’s mostly thanks to quarantine cast reunions and Amazon’s upcoming Middle-earth series. Of all the fantastical lands out there, J.R.R. Tolkien’s universe remains one of the most beloved and revered almost a century after The Hobbit‘s publication. It’s a world we’ll never tire of, as there are always new stories to discover and revisit.

That’s also true of adaptations. Peter Jackson’s Lord of the Rings and Hobbit trilogies are very well known. There’s also the Rankin/Bass cartoons. But did you know about the 1991 Russian television adaptation of Tolkien’s epic? We can’t blame you if not. The production, titled Khraniteli, was thought to be lost. But in an exciting turn of events, which we learned about via Newsweek, Russia’s Channel 5 just uploaded the series to YouTube. You can watch them below.

The Russian TV adaptation of The Lord of the Rings aired on TV the same year the Soviet Union officially dissolved, so it’s understandable why it went missing for so long. It was based on a Russian translation of the books by Vladimir Muravyov and Andrey Kistyakovsky. The series starred Viktor Kostetsky as Gandalf, Georgy Shtil as Bilbo, and Valery Dyachenko as Frodo.

I watched a good portion of the adaptation and it’s trippy as hell. And also incredible. It’s surreal to see scenes so familiar from Jackson’s film and Tolkien’s story played out in this way. The limited budget gives the whole thing a student film vibe, but in a good way. It’s awesome to see how the creators used forced perspective and other tricks Jackson would later apply to his larger-budget production. 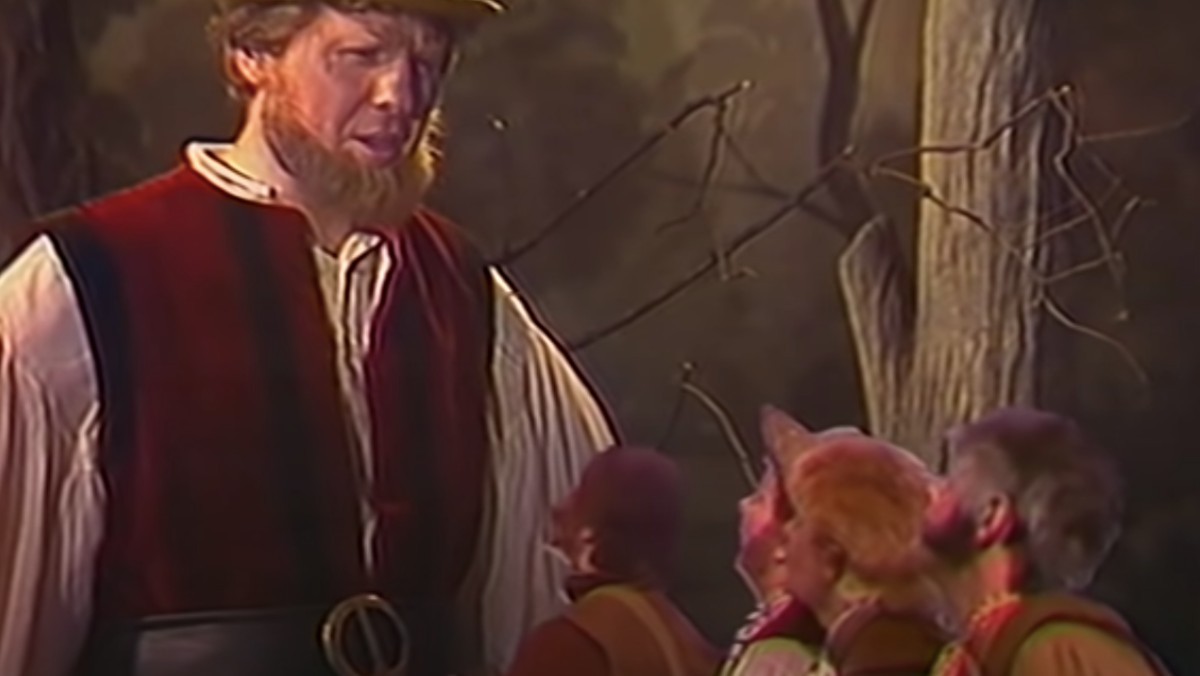 This version of Lord of the Rings also includes a character we don’t see in Jackson’s films: Tom Bombadil. It’s super neat to see his sequence play out in live-action. Even though I can’t make out the dialogue.

I’m so excited these videos are finally online. What a special and unexpected treat for Lord of the Rings fans!

TAGGED: The Lord of the Rings, JRR Tolkien, Russia