Fire up your old VHS copy of Red Dawn because a new cold war between the US and Russia is brewing! The space race is officially back on! Sort of! Because we’re not talking about which country can make it to Mars first. Or who can launch superior satellites. And we’re not even discussing which country will make commercial space travel affordable to non-billionaires. Instead, Russia is taking direct aim at one of our most valuable and precious commodities: Tom Cruise. They plan to beat him to the title of the first movie made entirely in space. 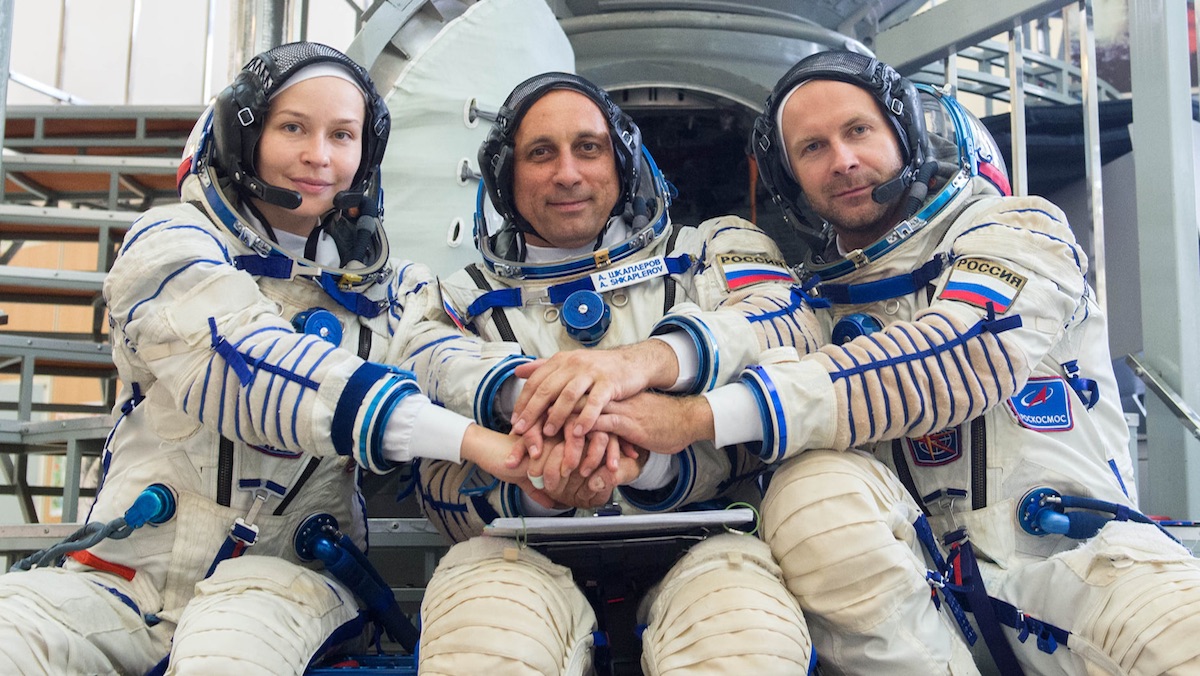 Mission: Impossible‘s star has always been up for anything, no matter how much peril it puts him in. In 2020 he made clear just how true that is. Reports said he plans to shoot a featured film in actual outer space. Cruise would work with SpaceX and NASA to make it happen. But part of the allure for such a dangerous and challenging project was being the first to do it. Now though, it looks like he will not be the one to break that cosmic barrier.

The New York Times reports (in news we first heard about at DesignTAXI) Russia will beat him to the punch. The Challenge begins filming in space on October 5. Actress Yulia Peresild, director Klim Shipenko, and cosmonaut Anton Shkaplerov—along with their doubles Alena Mordovina, Alexey Dudin, Oleg Artemyev—will film the story of a doctor rushed to the International Space Station to save a cosmonaut’s life.

Russia’s space agency Roscosmos already announced all six are medically cleared for the mission/shoot. They’ll film the space elements of the story for a week in the Russian part of the ISS. With everyone but Shkaplerov then returning home. He’ll remain onboard into 2022.