Run the Gambling Games of Marquet in Your Own Campaign - Nerdist

Run the Gambling Games of Marquet in Your Own Campaign

Vox Machina ventured into the lands of Marquet not knowing quite what to expect. In the city of Ank’Harel, they enter the dazzling Luck’s Run casino to let off some steam after a tense encounter with J’mon Sa Ord, only to find… racing lizards?!

Here are the gambling games of Marquet, created and shared by Matthew Mercer and featured in the Critical Role episode “A Traveler’s Gamble,” for Dungeon Masters to run in their own campaigns when a group of adventurers is ready for some fun after a hard-fought day.

This dice game is deceptively simple and an easy way to lose gold in a hurry. “Roll the dice and may Avandra be with you!”

While Vox Machina didn’t get a chance to try their hand at this competitive card game in Luck’s Run, your players can press their luck thanks to the detailed notes Matt Mercer shared with Critical Role fans.

Rules: Each card player rolls 1d8, keeping the die hidden. Each player has the chance to raise the bet, call the bet (meet it), or fold. It continues when all bets are equal.

Then each player rolls a 1d6, keeping it secret as well. A final chance to raise, call, or fold. Each remaining player rolls 1d4. They all reveal the 1d8, 1d6, and 1d4, adding them all together.

Sleight of Hand can give a reroll; Deception can force a fold.

Quon a Drensal, “Run of Luck” 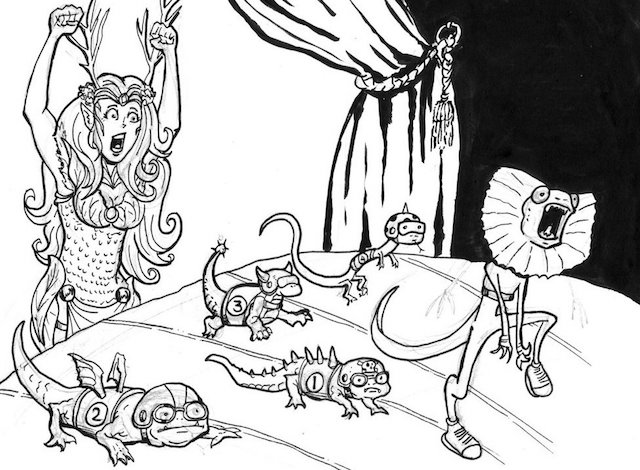 Quon a Drensal is an age-old traditional game of Marquet and the namesake of the casino Vox Machina finds themselves in. Five small desert lizards are released in a small maze-like track that rests upon the table. The lizards themselves are in separate cages at the end of a table until released to race. Gamblers can bet as much as they’d like on one particular lizard, with a 25 gold minimum.

Rules: Roll 1d4 for each lizard three times, describing the stages of the race at each round of rolls. The lizard with the highest roll total wins, and those who bet on it double their bet as winnings. Second place bet gets half of their bet back.

Do you play games of chance in your D&D campaign? Tell us about them in the comments!