A few years ago, I got the idea to do a truly old school Dungeons & Dragons game. I used Labyrinth Lord, a recut of the Moldvay Basic D&D set, and I wanted the campaign to be the groggiest of grognard: a massive hexcrawl, dotted with dungeons. I set about acquiring a big collection of dungeons, so that way I had things ready to go when my party searched a specific hex or lingered too long in a given town.

The problem was the overland map. I didn’t want to revisit familiar worlds like Greyhawk or the Forgotten Realms. I needed a sense of the unknown, where danger is around every corner, but I’m perpetually short of time, or bad at managing what I have, so sketching detailed maps was out of the question. In any event, making believable world maps is hard. Mountains, forests, and rivers behave certain ways in reality and getting those features correct on a fantasy map takes a lot of effort.

The answer came from an unlikely place: the now venerable (and free) Dwarf Fortress. If you’re not familiar with it, Dwarf Fortress is a PC game which is, by turns, one of the most complicated games ever made and a work of outsider art. The game’s premise is that of any other city builder, but the reality is that its creators aimed to make a hyper-realistic simulation of dwarf life. Your colony of dwarves loves, fights, starves, barfs, and dies (mostly dies) according to painstakingly accurate depictions of physics. It’s been in alpha for 16 years and will never hit a release candidate; that also doesn’t matter. 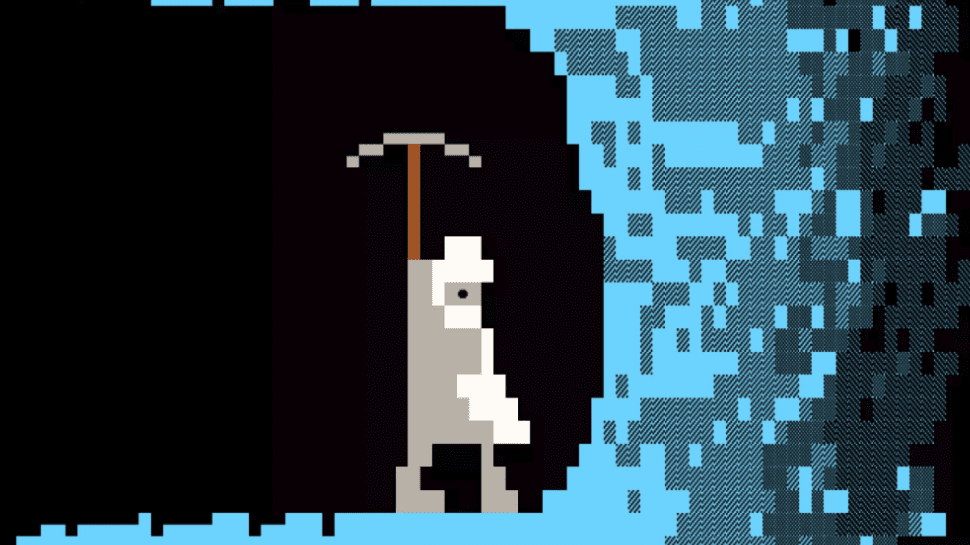 What was germane to my mapmaking exercise was Dwarf Fortress’ world generation. As part of its efforts at realism, the game randomly generates a big world on as realistic lines as it can muster. This means mountains are where they should be, rivers flow the right ways, and deserts appear where it would be driest. Tarn Adams, the game’s creator, coded the thing right down to what layers of rock would appear where. It even spits out place names, if you’re inclined to pay attention to them

Dwarf Fortress is in ASCII, a roguelike gone mad. You can’t play D&D on ASCII text. I needed hexes and art which would be recognizable to any of my players.

The trick here was a program called Hexographer (now called Worldographer). It’s a Java mapping program, used to make hex maps. What it allowed me to do was create a layer of Dwarf Fortress map, which I then put hexes on. So a spot of Dwarf Fortress badlands became a more traditional badlands hex. A little elbow grease turned something that looks like this: 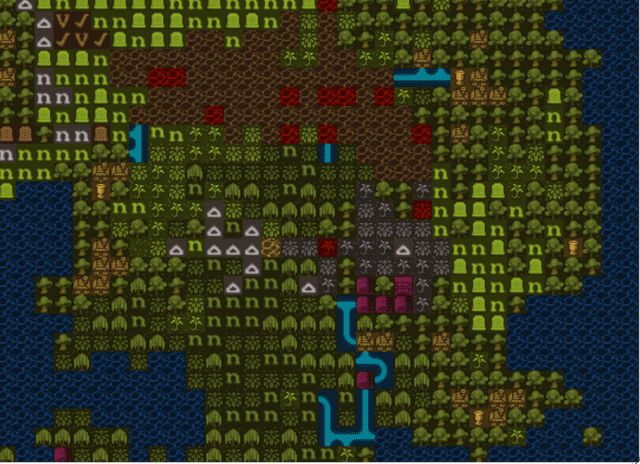 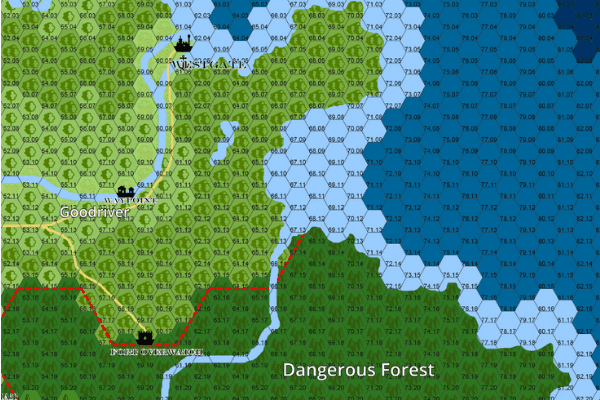 It worked well and the campaign, while it ran, was a success. Certainly, the maps I got were awesome. If you’re wanting to scratch build a world, you could do way worse than installing these two programs and playing around with them. Play a little Dwarf Fortress, too.

Got your own mapmaking tips? Share them in the comments below!