Queen‘s “Bohemian Rhapsody” is an impeachable part of pop culture and always will be. With it’s over-the-top lyrics, operatic rock style, and six-minute runtime, there’s never been another smash radio hit like it. And it rocks in any format. It’s the kind of track that makes everything better. That includes imaginary amusement park rides, like this Roller Coaster Tycoon creation that is perfectly synched to the song.

This video (which we first came across at Kotaku) comes from the YouTube channel ChuggersRCT. They created an entire sweeping ride in Roller Coaster Tycoon 4 that runs according to the emotional roller coaster of “Bohemian Rhapsody.” The track rises and falls with Freddie Mercury’s vocals. It also picks up the pace or slows down accordingly with the music. Plus it rises high into the sky, including right into clouds, when the song crescendos. And then it dips deep on the lower parts, even into the fiery pits of Hell itself when the song “kills a man.”

Throughout the ride are little touches that fit the theme. The track crosses piano faces, runs through lightning bolts, across a guitar neck, and by some notable lyrics. 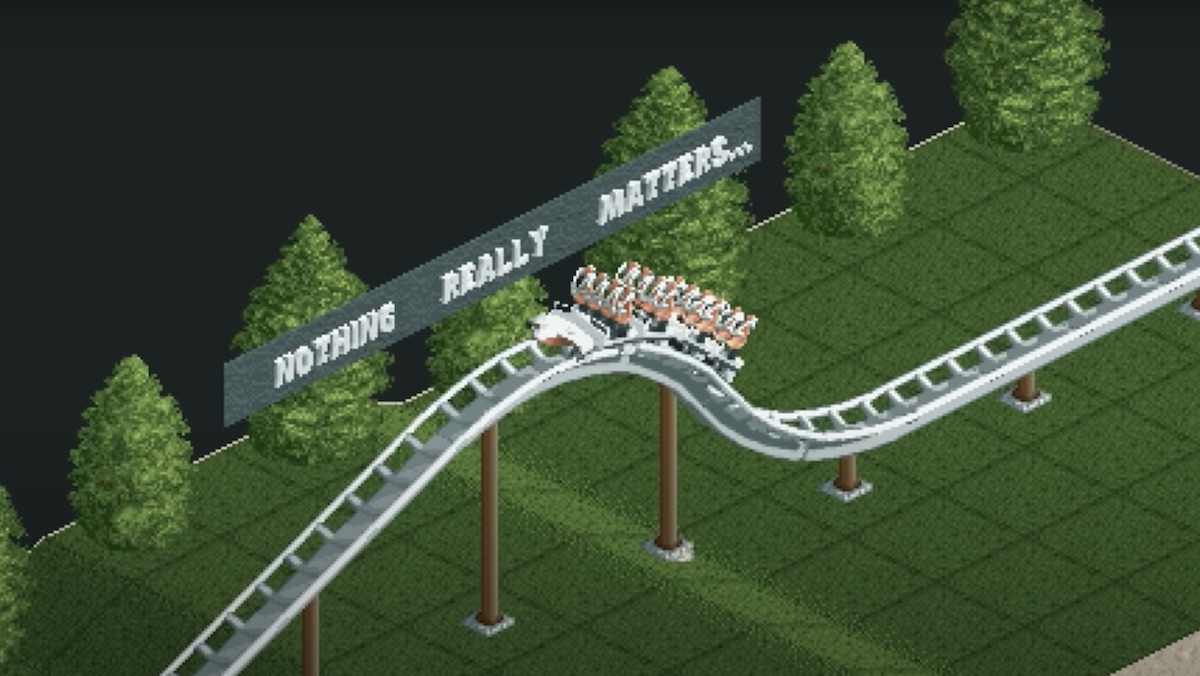 I figure to make this coaster in real life, it would cost 900 billion dollars. And require the entire State of Rhode Island. But after seeing the actual map layout of the full coaster I can’t tell if I am overestimating those numbers or coming in way too low.

Sure would be fun to find out. Especially since this Queen coaster highlights why the song will always endure. Set to any other track, this ride would absolutely be too long. Just like a lot of other six minute songs that don’t have the epic power of Queen’s lyrics. But with “Bohemian Rhapsody,” we never want to get off.