Everyone, prepare to both salivate and run screaming for the hills. For on the horizon is a potential army of boba tea-making robots looking to storm street corners everywhere. And yes, the boba-bots are fully autonomous, and involve the quintessential mechanical bartending arm that somehow has a personality. 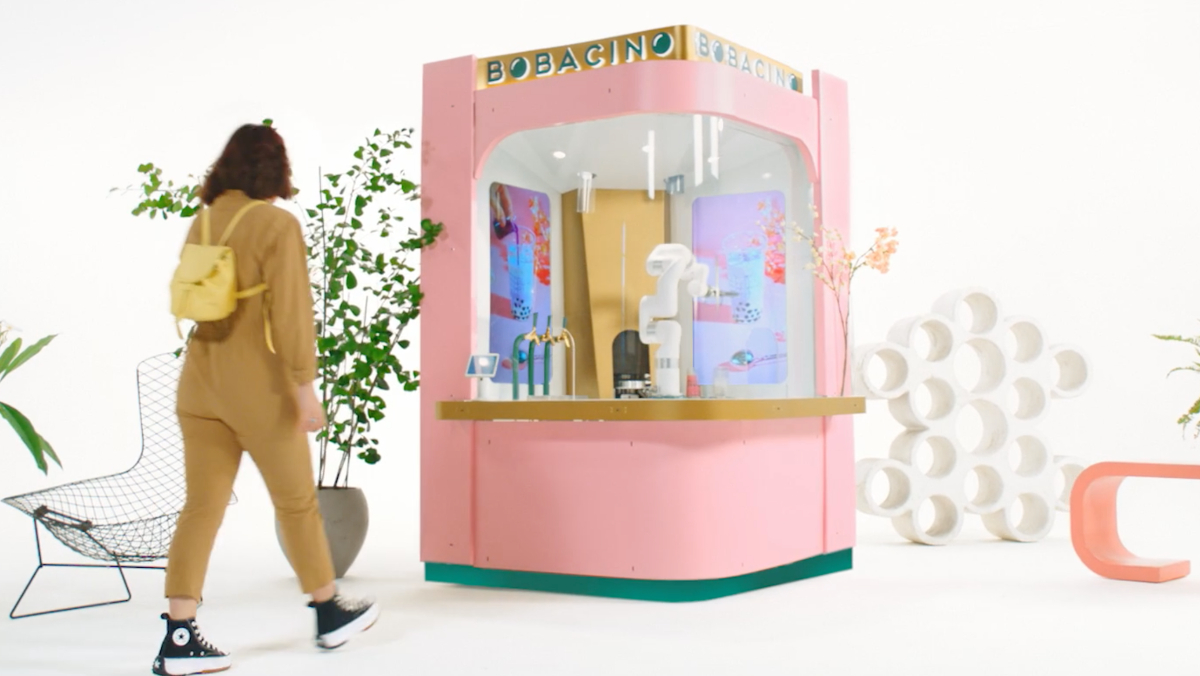 Gizmodo reported on the possible incoming wave of the boba-robot booths. The nascent start-up, Bobacino, is behind the concept, and is currently looking for investors to bring the booths to market. (Prospective shareholders don’t need that much cash to buy in either; minimum investments start at around $500.)

The booth itself has a sleek look to it, which blends contemporary design cues with mid-century ones. It sort of looks like it could be on a corner next to a newsstand in Metropolis. Although if Superman went into one, he’d probably forget to change and just veg out, sucking down boba tea and scrolling.

Speaking of boba, for those unfamiliar, it’s a tea-based drink (also referred to as “pearl milk tea” or “bubble tea”) that originated in Taiwan. The drink, while varying widely in recipe, often includes tea, sugar, heavy cream, and tapioca balls. The drinks are also often ice-blended, and include jumbo straws for sucking up the tapioca.

In regards to the booth itself, it looks like the automation is pretty on point. Obviously the booth doesn’t require anything related to AI—at least that we can imagine—or any other kind of machine senses, however. Nonetheless, the robot arm looks to be as proficient at serving drinks as any old iZac. 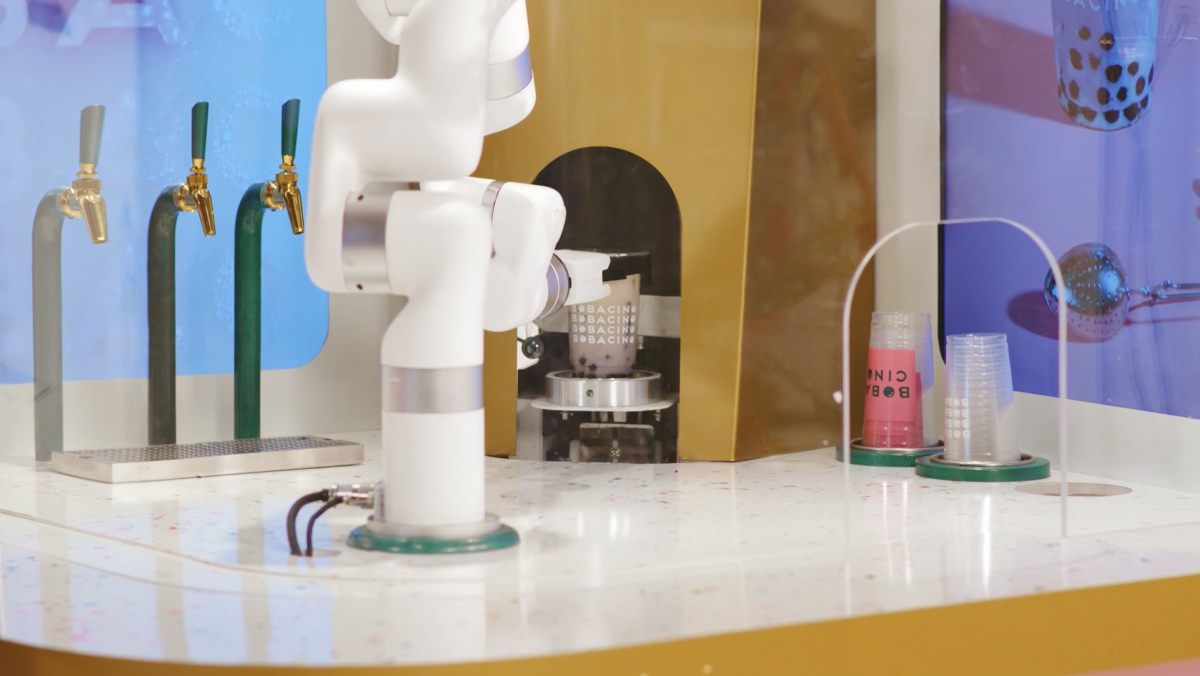 Unfortunately, for anyone now hankering for some bubbly, liquid treats made by a robot, we don’t see any firm dates for when the Bobacino machines will come to market. But Bobacino does say its machines are far cheaper than regular boba stores, and automation is certainly a thing. Plus, no robot will ever judge you for drinking nothing but boba tea for the rest of your life.