Robin Williams Really Wanted to Be in the HARRY POTTER MOVIES, But Was Denied - Nerdist

Robin Williams Really Wanted to Be in the HARRY POTTER MOVIES, But Was Denied

Robin Williams was no stranger to magical characters in his day, whether it was an educator who taught his students the magic of boldness and curiosity in Dead Poets Society, a scientist whose creations felt like magic in Flubber, or a literally magical genie in Aladdin. Despite those credentials, he never got to appear in perhaps the best-known magic-based film franchise of all time, although he very much wanted to.

In a recent interview with The Huffington Post ( via IGN), casting director Janet Hirshenson revealed that not even a legend like Williams could break the rules set by the creators of the Harry Potter films, a rule that fans of the series know doesn’t allow for any non-British actors to be cast in main roles.“Robin [Williams] had called [director Chris Columbus] because he really wanted to be in the movie,” Hirshenson said, “but it was a British-only edict, and once he said no to Robin, he wasn’t going to say yes to anybody else, that’s for sure. It couldn’t be.”

Williams had his eyes set on the role of the half-giant Hogwarts groundskeeper Hagrid, but his American origins may not have been the only thing preventing him from getting the role, as Hirshenson also said that Robbie Coltrane, who ultimately got the part, was book author J.K. Rowling’s first choice.

Hirshenson also spoke more broadly about the casting process as a whole—including about how Daniel Radcliffe had to be convinced not only to audition for the titular role, but to not quit acting altogether—so read more here. 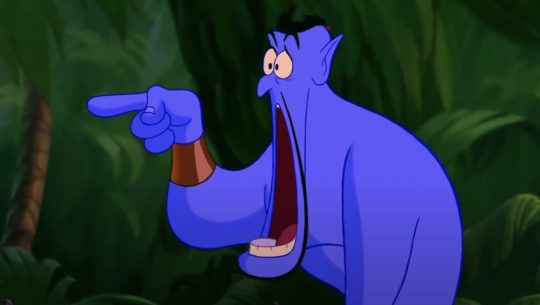